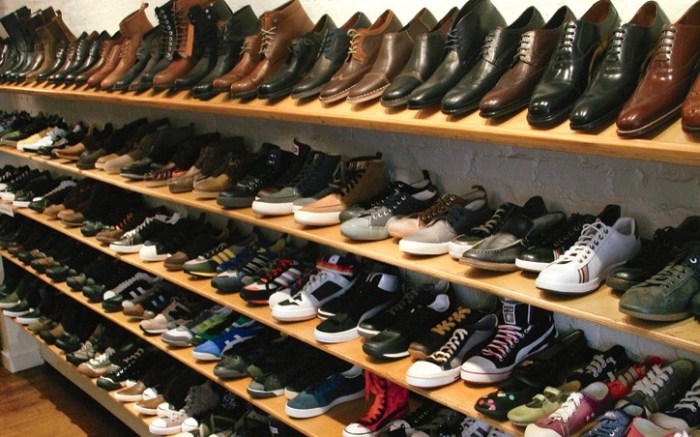 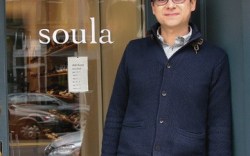 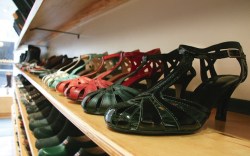 NEW YORK — Rick Lee didn’t grow up in the independent business, but that hasn’t stopped him from turning his store, Soula, into the quintessential neighborhood retailer.

Lee’s pair of modest-sized shops, nestled in Brooklyn, N.Y.’s quaint Boerum Hill and Park Slope neighborhoods, are accented with exposed brick walls and homemade paintings by his children. And the family feel extends beyond the decor — the store keeps toys around for the neighborhood kids to play with while their parents are shopping.

Lee strives to keep the adults happy, too, with a strong mix of brands such as Tsubo, Keen, J. Shoes, Puma, Hunter, Frye and New Balance.

The owner’s years of footwear experience have given him an edge in a difficult retail environment.

Before bowing the first Soula location on Smith Street in 2002 (he expanded to Brooklyn’s Fifth Avenue in 2007), Lee worked at Barneys New York, where he spent 10 years, first as the men’s footwear buyer and then as DMM of men’s footwear.

He later went at Cole Haan when Matt Rubel was CEO, serving as director of merchandising for the G Series brand — a job he said helped give him the courage to take a new path.

“I always had an inkling that I wanted to do my own thing. Cole Haan was great because it gave me a lot of exposure to the women’s side of the business, which I hadn’t had before,” Lee said.

But the move to go solo hasn’t been easy, the retailer admitted.

“There are so many challenges just with competing with department stores and online retailers,” he said. “Now that price points have gone up slightly, there is this issue about tax, which online retailers don’t have to charge. That can be an issue, especially on big-ticket items.”

But owning a small store also has plenty of advantages, especially when it comes to service and brand assortment.

“We know what our customers like and don’t like,” Lee said. “And we constantly share inventory between the two stores. Our sales associates also work at both stores, so they’re familiar with all the [product].”

Vendors applauded the retailer’s unique mix of product and its open atmosphere.

“Rick has an exceptional eye for product and a deep knowledge of his consumer,” said Vince Sonsa, territory manager for Tsubo, who has worked with Lee since Soula’s debut. “Customers come in for limited-edition, unique or off-beat styles that are hard to find in mainstream retailers.”

Maxwell Harrell, brand president at Corso Como, commented, “Our price point and quality fits into the assortment at Soula in a perfect way. … Rick knows his customer very well. His stores are always very welcoming and family friendly. They even have a great selection of kids’ shoes to catch the attention of children while mom is shopping.”

Though kids is a small part of Soula’s assortment — women’s makes up the majority of sales — the category has been strong at both locations.

“It’s a pretty steady business for us,” Lee said. “We have a pretty loyal customer who comes in twice a season for her kids’ shoes.”

In fact, the owner attributes much of his success to shoppers who keep coming back.

“We have a very high percentage of repeat customers,” he said. “We also get a fair amount of Manhattan customers and European tourists because Brooklyn has really become a hot destination for people who want a different taste of New York.”

To that point, Lee isn’t looking to open a shop in Manhattan anytime soon.

“By virtue of the traffic we get in these neighborhoods, it wouldn’t make sense for us. We get the same traffic I see in the Lower East Side of Manhattan, but the rents are about a third of the price.”

To help differentiate the retailer from its competitors, Lee shops shows like FFANY, Capsule and Project to usher in less-recognized brands, such as Biviel, Chie Mihara, and Gola.

“We try to bring in brands that aren’t highly distributed,” Lee said. “We’re pretty careful about who we pick up and who isn’t oversaturated.”

For fall, the Hunter and La Canadienne brands have been big sellers, the retailer said, though inventory is proving to be a bit of a challenge.

“We certainly trimmed back our fall receipts — we had to,” said Lee. “[The season] has been OK. We’re down a little bit versus last year, but in the grand scheme of things, we’re doing pretty well.”

Going into the holiday season, Lee said one of his biggest concerns was department stores and whether they would repeat the heavy discounting of last year.

“It’s always a concern for us when the other stores break price early,” Lee said. “We try not to be that promotional, but we have to keep our eye on what’s going on at the big stores.”

As for spring, Lee said he is hopeful, but preparing for a potentially tough season.

“I’ve heard the economy is better, but people are still losing jobs and some are still unemployed,” he said. “But footwear has fared better than apparel. Shoes wear out and people have to replace them. It’s a fairly inexpensive way to update a wardrobe.”

Luckily, at Soula, the core customers — who tend to have disposable income — are not just looking for a bargain.

“We brought in a lower-price-point product [this year], but it didn’t sell as well as the more-expensive, high-quality products. There is definitely something to be said about that,” Lee said. “Our customers are more concerned with the price to value ratio so we try to select brands that satisfy both.”

And though the busy Brooklyn streets that Soula calls home have seen several independent stores and services close, Lee said he is confident his boutiques will continue to serve their customers for years to come.

“For so long, we were used to business growing by leaps and bounds every year, and all of a sudden, it just came to a halt, so everyone had to really look at their business and make adjustments,” he said. “But we’re more savvy now in terms of how and when we buy.”