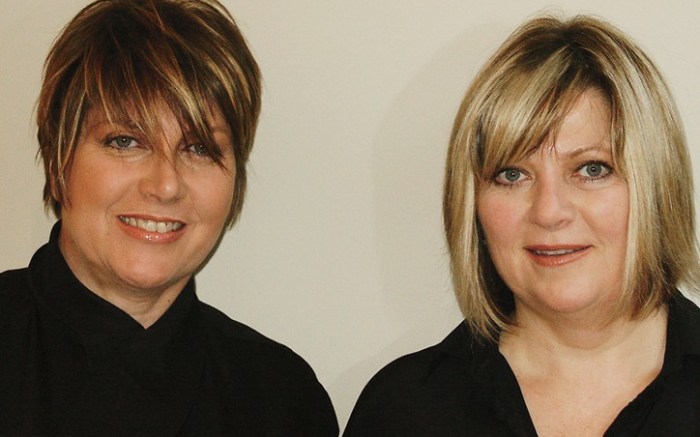 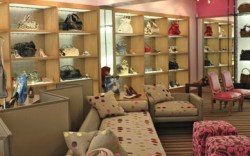 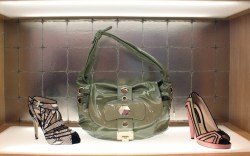 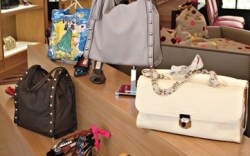 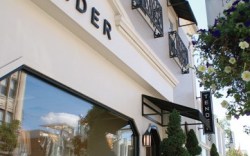 NEW YORK — Luxury retailer Tender, based in Birmingham, Mich., has been up against the odds lately.

“Michigan is all about one thing: the automobile industry,” said buyer Karen Daskas, who co-owns the apparel and accessory boutique with her sister, Cheryl, who runs the sales floor. “With everything going on with Ford, GM and Chrysler, it has affected every single person here. When the cars aren’t selling, people aren’t buying homes and the builders stop building, it’s a domino effect.”

But the duo is determined to navigate through the rough retail climate and adjust to the changing luxury customer, said Daskas.

Gone are the days of frivolous spending, at least for now, according to Karen Daskas. “We [used to have] women … trying on merchandise even if they didn’t have a chair to sit on or a dressing room to get into,” she said.

But today’s customer, Daskas explained, is buying what she needs, opting for comfortable fashion over impractical impulse purchases.

Although, she is buying. In the last six weeks, the store has seen a sales boost, added Cheryl Daskas.

It’s a good sign that things are looking up, the sisters said, considering there is virtually no tourist business in the area. The store relies almost entirely on its core customers: 25- to 45-year-old stay-at-home moms, all of whom have been hit by the recession in one way or another.

“We’re entertaining the same group of clients week after week,” said Karen Daskas. “We have to have something new to bring to them, or they’re just not interested.”

Constantly bringing in fresh product has helped the sisters build an internationally respected store. The Daskas, whose mother was a fashion model, opened the store in November 1993. Today, about 97 percent of the assortment is exclusive merchandise, including apparel from Thakoon, Derek Lam and Valentino, and accessories and shoes by Miu Miu, Jimmy Choo and Chrissie Morris, said Cheryl Daskas.

From the beginning, shoes and accessories were a big draw for the boutique, and four years after it opened, the pair introduced a separate 2,000-sq.-ft. shoe and handbag shop for customers.

“We started in shoes with four styles from Sigerson Morrison in 1997, and eventually we had so many shoes and handbags in the store that you could barely move,” said Karen Daskas. “That’s when we decided to open the other store adjacent to the main store.”

Miranda Morrison of Sigerson Morrison applauded the retailer’s push into accessories. “Through good and bad cycles of the economy and fashion, they have held their own by sticking to what they like and believe in, and by keeping faith with customers and suppliers,” she said. “Great independent stores can only thrive by being relevant and present in the lives of their customers. They are the real deal.”

Today, footwear comprises about 20 percent of the business. Prices range from $220 for a Belle by Sigerson Morrison flat to $1,595 for a pair of Chrissie Morris pumps.

This spring, the Lanvin ballet flat has been a best seller, along with styles from Valentino and Diana Broussard. Balmain’s gladiator sandal sold out this season, but even blowout bestsellers will not hit Tender’s shelves for a second time.

“Repeats and reorders are the kiss of death,” said Karen Daskas, who refuses to reorder popular items. “That’s true with shoes, bags and clothes. This is not fast-fashion. We can’t repeat.”

The store also will never stock a style or designer with a broad distribution. “If we meet a designer and they say they sell to the majors, that is the biggest turn off,” said Cheryl Daskas.

The sea of sameness in retail, added her sister, is hurting everyone’s business.

“There are so many different designers around the world, and if everyone has the same thing, everyone loses,” Karen Daskas said. “The designers and retailers lose, but most of all, you hurt the customer because you’re not giving them all the choices that are out there. I don’t understand designers that want to be in every store. [If you do that], at the end of the day, your collection is not special.”

Daskas added that it’s up to independent retailers to take the buying risks in fashion. “We can take a chance where the majors can’t,” she said. “If a style bombs, it bombs, but at least I can give it a shot.”

Designer Diana Broussard said Karen Daskas’ buying eye is what truly sets the store apart. “She knows her customers. Karen does her research and goes to all the high-end trade shows and makes her mix fresh,” said Broussard. “She buys luxury in a really great way.”

The owners are trying to expand the store’s reach through its Website, which launched about a year ago and has had a strong start under Cheryl Daskas’ management. “The e-commerce [function] is going well,” she said. “We’ve been shipping things all over the world and we seem to sell a lot of super-high-end items on the site.”

Tender will continue to advertise modestly through local magazines and other metro publications such as New York Magazine, but also will rely heavily on word-of-mouth referrals and their public reputation. Over the years, the store has amassed a collection of awards. For example, it was chosen as one of Harper’s Bazaar’s Style Leaders in 2005 and will be honored again this year, and in 1998, the sisters were named Business Persons of the Year by the state of Michigan.

The Daskas’ commitment to community service, such as their recent work with a local pediatric cancer center, has helped their store stand out from the competition. “From the day we opened, we wanted to be able to give back to the community, not just take people’s money,” said Cheryl Daskas. “That has helped us grow our business.”

And while they have been approached several times by major developers regarding additional locations, the sisters are reluctant to expand. “We are a Michigan-based specialty store. One of the reasons it works is because people trust us and have a relationship with us,” said Karen Daskas. “To start that all up again in another city would be hard. Our store is emotional, and I don’t think that could be transferred to other places.”