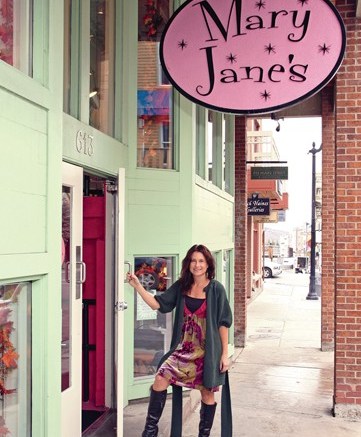 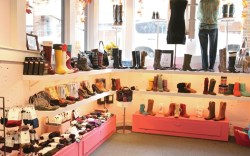 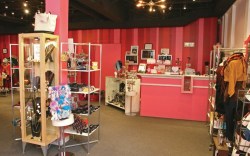 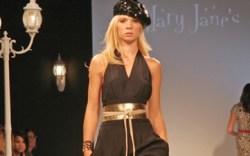 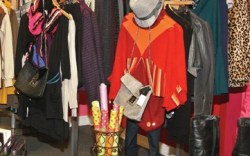 NEW YORK — Lori Harris never planned to enter the fashion business, but her penchant for risk-taking has paid off.

In 2004, Harris — whose background is in management and consulting in various industries — was gearing up to open a wine bar in Park City, Utah. But her handbag designer friend, Maya Moon, suggested another idea.

“She said to me, ‘I don’t think this town needs a wine bar, it needs a shoe store,’” said Harris. “It was one of those moments that just clicked. I switched my business plan and within six months I had my first shop open.”

Since Mary Jane’s debuted in Park City in 2004, the bi-level boutique has become a local destination for trend-right brands including Modern Vintage, Frye, Jeffrey Campbell, Ugg, Bronx and Hunter.

Harris briefly tried her hand at the men’s business, adding a men’s assortment to the store, but withdrew from the category to focus on growing as a women’s boutique. Shoes represent about 40 percent of her business, which also offers apparel, accessories and some children’s product.

“In my territory, I don’t have a lot of fashion-driven shops, which is exactly what Lori and Mary Jane’s offers the Ugg Australia brand,” said Randy Worster, a sales rep with Ugg. “[She] gives our customers the opportunity to purchase the entire Ugg [line] and, most importantly, high-fashion products per season.”

After several years of success with Mary Jane’s, and after developing a strong following, thanks to high-profile local events such as the Sundance Film Festival, Harris, a St. Louis native, took a trip to Missouri that, in another twist of fate, led to the opening of her second Mary Jane’s store.

While strolling the Central West End neighborhood in St. Louis, Harris — who at the time was contemplating a new store in Boise, Idaho — saw an empty storefront, called the realtor and within four months had opened shop, in March 2008.

“I’m a big believer that if something works easily, then you should focus your efforts on that,” said Harris, who lives in Park City but visits the St. Louis store twice a month.

When she’s not in the stores, Harris travels to trade shows such as Magic, Project and Pool to stock up on product.

“She’s very good at offering her consumer trend items that are relevant and easy to wear,” said Diana Hagerman, a sales rep at Seychelles. “Her stores have a clear vision, and she is tuned-in to her customers’ needs.”

Ugg boots are consistently a top seller in the stores, along with Frye and Jeffrey Campbell. “I love Jeffrey Campbell shoes, and he’s been really flexible for independent shoe stores during this time,” said Harris. “He’s doing six-pack and eight-pack orders, not forcing us into 12-packs.”

For his part, Campbell said Harris had been an important partner.

“I am happy for Lori’s [success],” he said. “She has always been one of our favorite customers. She is a positive, caring individual and she is not afraid to try something a little different, which is rare today given the economic climate.”

Harris said she can afford to experiment with styles — even during tough times — because she has the ability to shift inventory between the two locations.

“Having two stores in different cities, I find that I can manage my inventory better. Instead of putting things on sale, if something that was selling in Park City wasn’t selling in St. Louis, I can push it out to Park City and continue to sell it at full price.”

Making full-price sales has been tough this year amid the recession. Monthly sales were finally up in October after a tough August and September.

Like countless other retailers, Harris said she has had to adapt to a changing customer, one who is obsessed with the price-value equation.

“I made a conscious decision about a year-and-a-half ago to lower my price point,” she said. Prices now average about $150 per item, down from $200.

“The economy was part of the decision [to do that], but also, there are a lot of high-end contemporary stores [in Park City], and I just didn’t want to compete in that space. I wanted a volume business where people feel like they’re getting a deal.”

While the recession is impacting business, Harris said she has managed to set herself apart from the competition, in part because the nearest mall in Park City is about 40 minutes away. And in St. Louis, she makes a point of keeping her product mix different from the local Lord & Taylor and Nordstrom stores.

Harris also works to build buzz with continuous PR efforts. She frequently visits local news stations in both cities to do segments centered on fashion, such as how to wear fall boots. Both Harris and the Mary Jane’s store managers also blog frequently about new product, store events and designers.

Customers respond quickly, said Harris, noting that Website sales will spike or customers will call in to purchase items seen on TV.

Mary Jane’s also participated in St. Louis Fashion Week in October and had success with a “Rock the Recession” customer appreciation event at the Park City store last month, which drew 150 women who took advantage of the 25 percent discount.

“That was the biggest customer event I’ve ever had. People were telling me they were excited to come out. And I like giving people a bargain when I can,” said Harris.

As for the future, Harris plans to keep the bargains to a minimum for the remainder of the year to fulfill a major goal this February.

“Right now, my short-term goal is to have the store debt-free by February 2010, and we’re on track to do that,” said Harris, adding that she is even doing some part-time consulting work to reach the target sooner.

“I’m looking at second- and third-tier cities, where we won’t be competing against department stores and larger chains.”