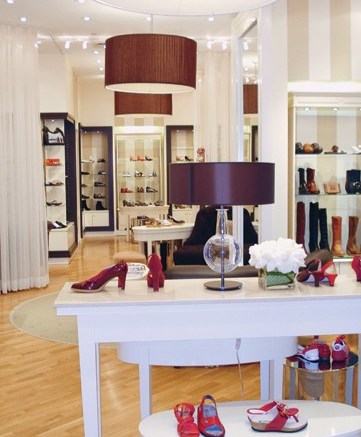 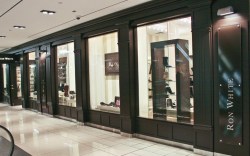 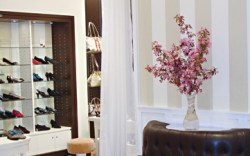 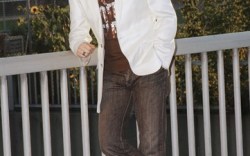 NEW YORK — For Ron White, being an independent footwear retailer is a competitive advantage in the current economy.

“This business is all about change, and we can change on a dime,” said the Toronto-based store owner. “As the consumer’s vibe changes, they want to be less flashy, so the buy has to change and the stores have to change. Those big, Goliath [retailers] can’t react the same way [we can].”

It’s that ability to adapt that has kept White and his six-store chain relevant with his fashion-minded customer base. White launched his first The Foot Shoppe store in 1993, when he was 23 years old, with limited capital and a big cash advance on his Visa card.

Since then, the retailer has garnered a loyal customer following, appeared in countless local media and branded himself as Canada’s resident shoe expert.

“Ron White is a perfect example of the entrepreneurial independent retailer who uses creativity to get his message to the consumer and incorporates his personality into creating a brand image for his stores,” said longtime vendor Stuart Weitzman. “Our industry could use dozens more like him.”

Part of White’s reaction to the changing tide of retail and fashion included a complete rebranding of his stores. In 2006, White changed the name of his boutiques from The Foot Shoppe to Ron White-The Foot Shoppe, right around the time he launched his eponymous private-label brand, and as the stores’ merchandise mix evolved to include more fashion-forward product.

“We decided on the rebranding when my advisory board and I were looking at the business and we found that it was really starting to [slow],” he said. “Our growth wasn’t as significant as it had been a few years earlier, and although we had an amazing amount of loyal customers, we weren’t getting many new customers. When we first started, we didn’t even carry heels, but over time, our biggest sellers became Stuart Weitzman and Donald J Pliner. The product mix changed so much over the years and what was happening inside the store didn’t match the outside, with The Foot Shoppe’s orthopedic image. That was the disconnect.”

The image overhaul included a new logo and a redesign of the store interiors that incorporated sleek champagne and vanilla colors and rich chocolate-colored leather furnishings. White also took customer service to the next level, providing complimentary champagne, strawberries and shiatsu foot massages to shoppers in the store.

The gender product mix has changed as well over the years, now leaning much more heavily toward women’s product, White said.

“I find men’s to be a much more difficult business, and I only carry men’s in three doors now,” he said.

Today, the stores are stocked with casual, fashion-athletic, evening and dress brands from Cole Haan, Dansko, Camper and Frye, among others. About 15 percent of the merchandise is exclusive product, including special makeups from labels such as Mephisto and Thierry Rabotin.

One thing that is consistent across White’s product selection is that shoes need to both look good and feel good. “I buy with my biomechanical brain,” joked the retailer, who has a background in biomechanics. “We won’t just bring a shoe in because it’s gorgeous. It has to be gorgeous and comfortable.”

“Ron knows his customers’ needs and buys for her. He has a very good eye and has a flair for fashion,” said Penny Shuster, president of La Canadienne, who has worked with White for five years.

To that point, White sometimes asks vendors to tweak lasts and switch sole bottoms to boost the comfort, and his staff, all of whom go through a rigorous training program, are educated in medical foot conditions and fit.

According to White, the attentive sales associates and personalized experience encourage new customers to buy despite today’s penny-pinching times and inspire some loyal customers to spend $15,000 to $30,000 each year in the shops.

Other bright spots recently have been the Web store, which launched last year, and spring sales are up 50 percent over the previous year. There is also growth in White’s private-label brand, which he debuted three years ago.

The brand’s tailored pumps and peep-toe heels have been strong sellers for women, said White, as well as spring espadrilles and casual sandals. The line also features booties, sandals and fashion-athletic styles for women, and oxfords, boots and dress shoes for men. Retail prices range from $235 to $550, with an average selling price of $450.

“We tripled the size of our collection for spring, and it’s been doing really well,” White said. Last season, the brand was the store’s 10th best seller, he noted, adding that he hoped to raise it to the No. 7 spot this year.

“For this season, we’re trending in the top three [best sellers],” he said. “Our consumer is loving it, and it really took us off guard. I just wasn’t expecting it.”

For fall ’09, White will unveil a new private-label collection called Ron White All Day Heels. It takes its name from his All Day Heels in-store merchandising section, where he handpicks styles from various brands that embody both comfort and style and are appropriate for all-day wear.

Recently, the Ron White label caught the attention of retailers outside Toronto, as well as some in the U.S. that are interested in carrying it, but no deals have been confirmed.

“We’re not really there yet,” said White. “We’ve got a lot of other things going on and coming down the pipeline.”

That would include the company’s many charitable initiatives, such as an annual shoe drive for the homeless, which collects thousands of shoes from vendors, the local community and celebrities such as Justin Timberlake and Celine Dion. White also sponsors an annual breast cancer benefit featuring a for-sale, limited-edition shoe bag, with proceeds donated to the Canadian Breast Cancer Research Foundation.

Most recently, he launched the Ron White Foundation, which raises money for different organizations each year. On May 12, it held the White Knight party, an evening of food, fashion and music, featuring a white-carpet entrance for A-list guests, and white tigers. Proceeds from the $6,500 tickets went to Toronto-based human rights charity Free the Children.

White also is meeting with producers about a regular gig as a shoe and fashion expert on a local TV station and has plans for retail expansion this year in Toronto.

“We’re in talks with some of the leading local mall owners who have approached us,” he said. “We’re looking at expanding some existing spaces and opening additional doors.”