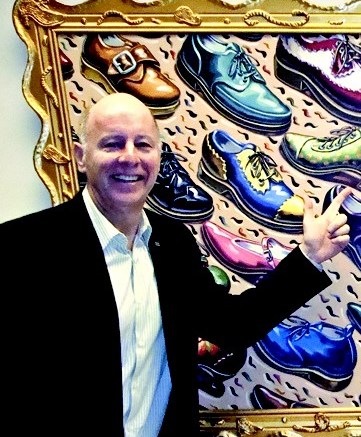 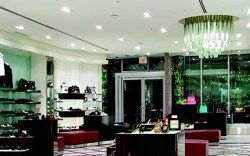 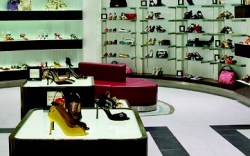 NEW YORK — For Canadian retailer Michael Brownstein, nothing compares to family and selling footwear. But it’s even better when the two come together.

Brownstein joined Browns Shoe Shops Inc., the Montreal-based company founded 69 years ago by his father, in 1973, after working for three years in the ski business in Europe. Today, he’s president of the Browns retail chain and employs four generations of family members. Brownstein’s son acts as the director of business development, his daughter has joined full-time as a buyer and his wife participates from the sidelines.

“My wife is my fashion guru. She doesn’t work fulltime in the business, but anytime I have a fashion question and I have to make a decision, I need her opinion,” said Brownstein.

He’s been seeking her guidance a lot more in the past few years, as the company has embarked on an aggressive growth push.

In 2007, after ending a 15-year deal with Canadian luxury retailer Holt Renfrew — where Browns was the exclusive operator of its footwear departments — Brownstein charged ahead with expanding his fleet of flagship stores.

Browns counts 47 doors in areas such as Toronto, Ottawa, Vancouver and Montreal. That includes the eight fashion-forward B2 shoe stores, a spinoff of Browns that features a completely different store design and atmosphere and that attracts an edgier, trend-hopping crowd. Among all the retail locations, corporate offices and warehouses, employee count has jumped to more than 1,000, but Brownstein insists the family-run feel hasn’t changed.

“Most of our buyers have been with us for 20 years or more. We all voice our opinions, and no one is afraid to speak up around here,” he said. “We keep it very open.”

Browns’ vendors, most of which have been doing business with the retailer for decades, agreed.

“In today’s overly corporate retail world, what a pleasure it is to deal with such a professional and loyal family,” designer Stuart Weitzman told Footwear News. “For 30-plus years, Browns has been offering our shoes throughout Canada, in an exemplary setting with an extensive presentation. They are the next best thing to having our own stores.”

“Even though it’s grown to be quite large, [Browns] really is a family business, and it has been predicated on those principles from the beginning,” said Marvin Krasnow of Aquatalia by Marvin K, who has been working with Browns for more than 30 years. “They have very little turnover, which is refreshing. And they’ve positioned themselves well.”

Positioning itself as a high-end family shoe store has helped separate Browns from its competition, which includes high-end retailers such as Holt Renfrew and mid-tier independents across Canada.

“Our stores go from Steve Madden to Stuart Weitzman all in the same space, which is unique because in Europe you don’t see that at all, and in America you can see that in certain department stores, but they’re not shoe-only stores,” said Brownstein. “At Browns, the same customer can buy a $90 Adidas sneaker or a $500 Prada shoe, no problem. And it is the same customer, so why would I sell her an athletic shoe and then tell her to go somewhere else for her designer shoe?”

Though Brownstein said the portfolio of brands — from Rocket Dog, Converse and Puma to Gucci, Stella McCartney and Y-3 — had for years enticed customers to spend without regret, recently the tide has turned. Even with extraordinary service — Browns has a customer service coach who regularly visits sales teams at all the stores — today’s struggle really comes down to price, said Brownstein.

“The mentality is if you’re not getting a deal on it, don’t buy it, because maybe you’ll get a deal on it eventually,” said Brownstein. “It’s created a customer who won’t buy regular price anymore.”

That price-sensitive consumer is making Brownstein’s merchandising decisions tougher than ever.

“Over the last few years, business has been good, so we went out with lots of confi dence and weren’t worried about being overstocked. But nowadays, we have to be much closer to what’s right in fashion,” he said. “We have to be on the ball all the time, reading magazines, seeing movies and trying to stay ahead of the next trend, which isn’t easy.”

Even the children’s shoe business, which has historically dodged retail slow-downs, is taking a hit, he said.

“The kids’ business is not recession-proof. It’s less susceptible to a recession than other parts of the business because kids need shoes, but our children’s shoes are upscale, so it’s difficult,” said Brownstein. “The economy will come back, but it might take six months or a year. In the meantime, it’s a really tough market out there.”

The key right now, he explained, is to pick the right items that will sell themselves — sale or no sale — such as Michael Kors and Ugg, which have held up in Browns stores despite dwindling consumer confi dence. Another bright spot for the retailer has been its private-label business, which includes the B2 line ($98 to $250), Brown’s Couture ($168 to $498), Brown’s ID ($128 to $398) and Bravo Browns ($78 to $298), among others.

“We work hard on developing our private-label business because it makes us different and lets our customers know they can get something at Browns that they can’t get anywhere else,” said Brownstein. “And it’s great quality at a great price. Some of the factories that do our private- label footwear also make shoes for Michael Kors and Marc Jacobs.”

Looking at the difficult year ahead, Brownstein said he is upbeat and realistic, and he believes that is the only way to approach business in these times.

“Business has been good for us in the last few years. We’re not ahead of last year’s numbers, but we’re keeping up, and we’re a very healthy company — we have quite a bit of money in the bank, and we’re very entrepreneurial,” he said.

To that end, Brownstein said all of Browns’ marketing initiatives would go on as scheduled in 2009. Twice a year, the company puts out B magazine, which is produced in-house, is distributed to customers and features must-have styles for the new season. The company also puts on a yearly, two-night presentation of dance performances and a fashion show at the Montreal and Toronto stores. The shows sell nearly 2,000 tickets, benefiting children’s hospitals in both cities.

“That’s very important to us. Any kind of charity work is worthwhile. It makes us better people, and our customers really appreciate it,” said Brownstein.

The recession also isn’t hindering store openings this year. The retailer bowed locations in the West Edmonton Mall in Edmonton, Alberta, and has plans for three additional stores this year, in Southgate Center in Edmonton; Don Mills in Toronto; and Cross Iron Mills Mall in Calgary, Alberta.

“I have a feeling there are going to be a lot of good locations opening up, so we’ll see what happens,” Brownstein said. “But we’ll move slowly because times are tough. We have to make sure we make the right decisions.”