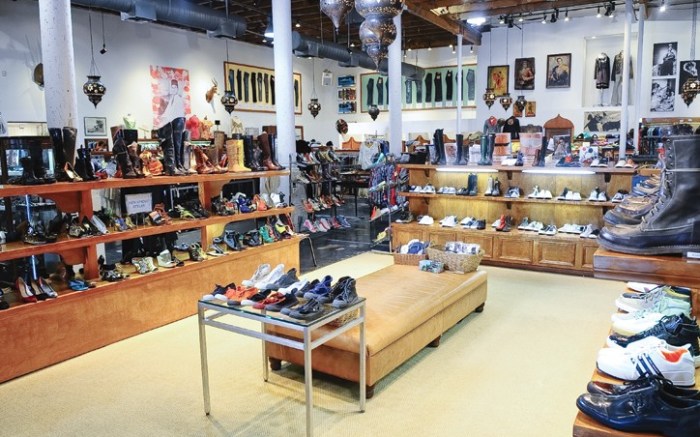 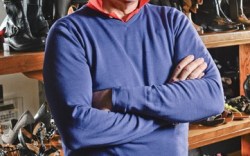 LOS ANGELES — What’s a trendsetting retailer to do when the number of vendors angling for shelf space exceeds strict budgetary constraints? For Mark Werts, CEO of American Rag, the answer was simple: consignment.

Werts, who owns three locations, in San Francisco, Los Angeles and Newport Beach, Calif., said he has always adhered to a lean and mean budgeting strategy, laying out cash for only a carefully selected set of styles and refusing to chase after in-season trends. For many footwear and apparel labels hoping to be seen by the stores’ loyal, trendsetting clientele, consignment is the only option. It’s proven to be a successful formula for Werts.

“A lot of our vendors are on consignment, and that’s a win-win,” he said. “We’ve been doing it not just in the current retail environment, but for years. When our budgets are spent and we’re full, we’re full. So this is another way for vendors to get their product in front of consumers.”

Werts declined to name which footwear brands he sells on a consignment basis, but overall about 30 percent of the store’s inventory is backed by vendors, including some of its more successful shoe sellers.

Consignment is just one of the tactics Werts has used since his first store opened in San Francisco in 1984, followed a year later by the Los Angeles location.

The retailer carries a diverse mix of new designer apparel, vintage clothing, shoes and accessories. The vision of the American Rag concept is to present an edited selection of the “best of the best” in terms of brands and styles within brand collections. Overall, shoes make up about 15 to 18 percent of store sales. The retailer has become a go-to destination for footwear, thanks to an eclectic assortment of shoes that includes Creative Recreation, Cynthia Vincent, Delman, Fiorentini and Baker, F-Troupe, Madison Harding, Modern Vintage, Moma, Rachel Comey, Repetto, Ryan Rowe and Y-3.

The store carries a range of price points from $18 Havaianas to $1,300 Chloé boots. That strategy is effective, Werts said, because his customers want new and different shoes, regardless of how much they cost.

“We don’t care about price,” he said. “We care about the best of the best, so we take chances. It’s worked for 25 years, and we’re not going to abandon that strategy now.”

And when it works, it works well. For example, the store currently carries a classic Dr. Martens boot, but Werts’ spin is to carry only a solid white version of the traditionally black boot. “No one else is going to sell this, but we’ll blow it out,” he said. “We want to showcase the newer stuff. We have to like it, and it has to work within our vibe.”

Of course, there are times when Werts has stepped too far ahead of the curve, he admitted, recalling some of last year’s slower sellers with fringe detailing and the oversaturation of gladiator sandals. “Now, we’re gladiatored out. No more. No fringe, no white [for women], no gladiators.”

And the downturn in the economy didn’t help, as competitors such as Neiman Marcus and Saks slashed prices to move inventory. A reluctant Werts was forced to follow suit last fall. For example, a Casadei pump that had sold for $800 was reduced to $163.

Werts said he’s working to stock edgier styles that aren’t quite trendy — they’re new and engaging, but can last a season or two. “We try to buy things with a timeless quality to them so we can carry over for a few seasons,” he said.

In addition to constantly tweaking his merchandise mix, Werts has been bringing new concepts to the floor.

A World Denim Bar concept was added late last year to the Los Angeles store and stocks 73 top denim labels, including J Brand and Evisu. “The original idea was to have the 25 best brands in the world, but that quickly grew,” he said. “Now, we have 28 more on a waiting list.”

The new store-within-a-store could also result in an expanded footwear selection to complement the denim assortment. “We’re looking at a lot of fashion-industrial boots and shoes to go in here, like Frye, Red Wing and Georgia Boot,” said Werts, adding that the concept will soon open in the Newport Beach location, as well.

Vendors praised American Rag’s ability to draw in the hippest customers across a broad age spectrum.

“We like their clientele and their mix of customers,” said Creative Recreation’s sales director, Josh Willis. “They bring in the full demographic [of trendsetters] from the younger teenager to the grown, more established man. They are one of our top specialty doors.”

Modern Vintage President Rick Cytrynbaum, too, applauded the store’s unique vision. “[They’re] very forward in terms of fashion direction,” he said. “They have a mixture of vintage items and a great denim selection. Modern Vintage is a perfect fit for them, and we sell very well in their store.”

For Cynthia Vincent Shoes, it’s the store’s desire to be different that ultimately makes it stand apart in Los Angeles’ competitive retail market. “They aren’t afraid to take risks on new styles and silhouettes,” said sales rep Traci McRobbie. “This buying technique helps them stand apart from other boutiques that tend to play it safe, especially in this economy.”