In Vegas: Steps to Wynn Resorts 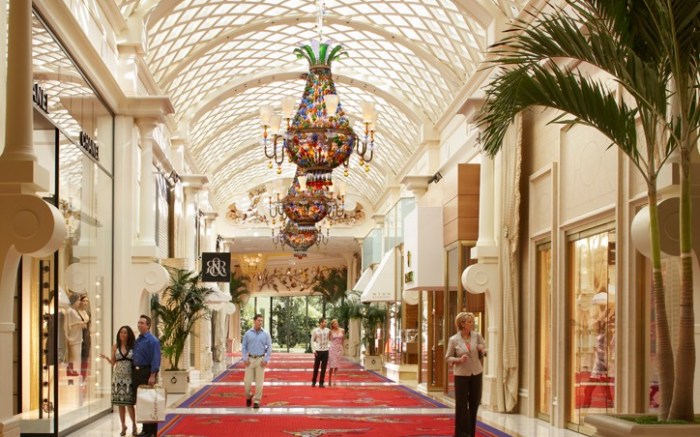 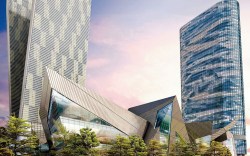 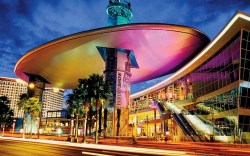 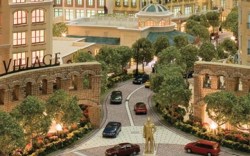 Though luxury retail is suffering across the globe, Wynn Resorts head honcho Steve Wynn is forging ahead as planned.

So far, the 2,000-sq.-ft. spot has been meeting sales expectations, Hanshaw said, and in true Vegas form, consumers are shelling out big bucks for one-of-a-kind luxury items (shoes average about $650 a pair). Shortly after the store opened, a “true fan” of Kirkwood dropped a whopping $7,000 on a special crocodile shoe that was designed exclusively for the boutique. Hanshaw is hoping that exclusives from other top names will be a big draw for other Vegasgoers.

“We ask every designer to do exclusives for us,” he said. “And we never tell them what to do. We ask them what they can do differently for our store, and we just let them go in whatever direction they want to take it.”

In Step’s other luxe neighbors located inside the 27,000-sq.-ft. Esplanade at Encore include Chanel, Hermès and the fi rst Rock & Republic store in the U.S. The store mimics the design elements of Rock & Republic’s New York showroom and stocks the full range of men’s and women’s apparel, footwear and accessories. “Obviously, when we started this project the economy wasn’t what it is now, but we’ve been open for a month and we’re exceeding our projections by an astronomical amount,” said Rock & Republic President Andrea Bernholtz, adding that she’s hopeful for the rest of the year. “Americans like to shop. It’s in our DNA.”

City Center Nears Completion
After years of planning and construction, City Center Las Vegas will be ready for unveiling in late 2009, and luxury retailers will be scattered throughout the Crystals retail and entertainment complex, designed by Studio Daniel Libeskind.

The 61-story center is composed of three hotels — the Vdara Hotel, the Mandarin Oriental and the Harmon Hotel (which will open in 2010) — a casino, a residential tower and Crystals, which spans 500,000 square feet alone. Shoe shoppers will be able to get their fi x at the Louis Vuitton and Ermenegildo Zegna stores, which will bow inside. Tiffany & Co. also announced a store opening in the complex, though other luxury names are still being confirmed. The structure is garnering positive buzz thanks to its green certification and the fact that it will create 12,000 new jobs for the area.

Fashion Show’s Fate
General Growth Properties Inc., the Chicago-based firm that owns Fashion Show Mall and The Shoppes at the Palazzo, is in hot water. Last month, lenders agreed to push back the $900 million loan payment owed on the two properties, which are currently up for sale. Payment is now due on Feb. 12. The mall has also suffered store closings. Teen designer Kira Plastinina closed all her U.S. stores in December, including a location in the Fashion Show Mall. Ann Taylor and Ann Taylor Loft — which have announced plans to shutter several locations — could follow. Juno Shoes, however, is opening in the mall this winter.

Tivoli Pushed Back
The Tivoli Village at Queensridge residential and retail project has pushed its debut to next year. The project, located next to the upscale Summerlin community, roughly 11 miles northwest of the Las Vegas Strip, was previously scheduled for a spring ’09 opening and blamed the economic slowdown for the delay. The $850 million, 700,000-sq.-ft. center will include office and restaurant space, 340 luxury condominiums and luxury retail shops, including BCBG MaxAzria and others that have not yet been announced. The center will be modeled after a European architectural style and will feature cobblestone walkways and a centrally located park.

In Brief
Kohl’s acquired 31 former Mervyn’s locations in December (after the off-price retailer went out of business and put its properties on the block) and will open two Kohl’s stores in Nevada this year, in Henderson and Nellis Crossing.