How to Network Online 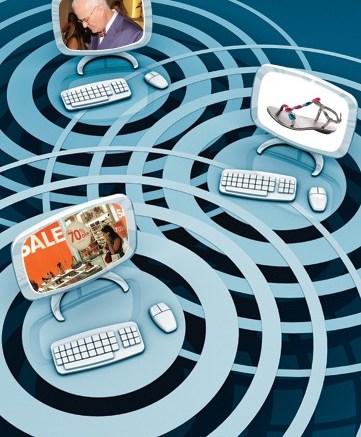 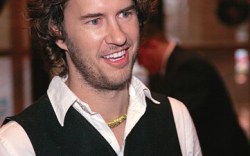 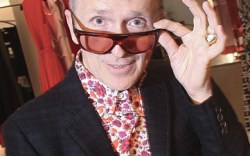 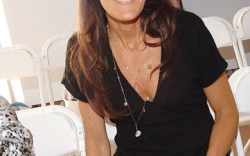 Footwear manufacturers and retailers are quickly learning that there are no wallflowers in the era of social networking. While sites such as MySpace have been around for years, the explosive growth of Facebook and Twitter, among other sites, has now increased the pressure on brands to establish a credible, authentic relationship platform in the digital realm. And these tools are not projects on the periphery of a marketing plan — far from it. In fact, Facebook and Twitter in many cases are now at the center of many companies’ integrated marketing strategies.

“These are the new touchpoints in the marketing mix, and they are incorporated into every single thing we do,” said Stacy Lastrina, EVP of marketing for Jones Apparel Group. “If we are launching something new, we ask [ourselves], ‘What does that mean for Facebook?’ It’s a layer to everything [we do].”

But a successful social networking program can’t be limited to a single site or media outlet, experts say. For many firms, being a social player means communicating with customers in whatever way — and via whatever sites — they choose.

“You definitely need multiple [social sites],” said Joel Heath, global marketing director for Deckers Outdoor Corp.’s Teva brand. “You need to have your feet in all mediums and your ear to the ground.”

Establishing authentic, fluid communication with consumers also requires marketers to learn the delicate etiquette of online networking, joining the discussion without obvious sales ploys. “You have to treat social networking like a cocktail party,” said A.J. Vaynerchuk, co-founder of the social media consultancy Vayner Media. “You don’t just walk up to somebody and pitch. You introduce yourself, be cordial, engage in conversation, and if business comes up, it’s a networking opportunity.”

There’s certainly no sure-fire way for winning over consumers in the social media world, but brands and retailers interviewed said there are steps companies can take to increase the likelihood they’ll become the best kind of social butterflies.

It is only natural that many marketers have approached social media with trepidation. Unlike traditional marketing tools, the interactive elements of social media force execs to surrender control of their brand message to a certain extent. But they must do so if they wish to engage consumers in a two-way dialogue.

“Consumers are dictating what is said about our brand more than they used to,” said Heath. “With social media, we have to steer the conversation rather than give the conversation.”

When consumers initially began posting messages and blogs about brands, many saw them as a threat, making them a target and giving a forum to detractors. Now, companies are using social outlets as a chance not only to speak with fans but also to diffuse negativity that may plague their image.

“A while back, the biggest worry was that someone might say something negative about the brand,” said Lastrina. “But if somebody has something bad to say, they will post it anyway. It’s better to be in the conversation and be able to manage it than to be an observer.”

One thing all players agree on is that social media is not the place for a hard sell. “The worst thing somebody could do would be to create a social media account and constantly plug their product,” said Vaynerchuk.

Amy Avitabile, advertising VP at Lord & Taylor, agreed. “The customers are trusting you as a member of their Facebook community in a very different way than they do when they receive your marketing. … We can tell her we have promotions going on in the store, but we look at it more as relationship-building with our customers.”

To encourage dialogue, the Lord & Taylor team regularly posts questions to the fan base, such as, “Do you have everything you need for a beautiful weekend?”

“We want to know what they have to say, and they want to share that information with us,” said Avitabile.

And it’s important not to be one-dimensional in the social media scene, said Larry Promisel, VP of e-commerce at Barneys New York. “You have to mix it up,” he said. “Your content can’t just be one thing, because that will get boring very quickly.”

To that point, many companies are developing unique features for the online channel to keep their customers, followers and fans tuned in. “We’re investing new amounts of resources into creating content that inspires conversation about the Teva brand,” said Heath. The outdoor manufacturer recently created “The Naturist,” a mini-series of comedic videos in support of its fall hiking collection. The videos will live on the brand’s Website and social media channels and on the sites of select retail partners. Other initiatives include video-submission contests of people using Teva products, which Heath said has also driven positive traffic and engagement.

“We could be posting 10 times a day about Britney on tour and it wouldn’t be enough for her fans,” said Dari Marder, chief marketing officer at Iconix. “We are also working on our own music tour for late fall, and social media will play a big role in that.”

In May, JCPenney launched the microsite Jcp.com/rascalflatts to house an “American Living on the Road” blog and “Tour Tweets,” where visitors can share their own Rascal Flatts musings, in addition to traditional Website features such as music, photos and e-commerce. “Facebook and Twitter are becoming part of our integrated marketing campaigns,” said JCPenney spokeswoman Kate Parkhouse. “[In addition to the Rascal Flatts American Living tour], we will be using these social media mediums in our upcoming back-to-school campaign.”

In the Twitter-sphere, having a unique voice is key. In March, Barneys New York tapped its own creative director, Simon Doonan, to tweet for the company. Fashion director Julie Gilhart followed suit in May. “Julie will tweet something like, ‘We have these great bags in and I just got this one,’” said Barneys’ Promisel. “That’s something you don’t see in any other channel, and it’s a way to collaborate and communicate with Julie. We intend to expand on that and bring more of the other great personalities and fashion definers here, and expose them with these tools.”

Promisel said the goal is to bring buyers, store services and concierges into the social networking fold. “Sometime this summer we will launch a blog, and it will continue that two-way communication with our customer, while exposing the experts we have within the organization,” he said.

Nine West, owned by Jones Apparel Group, is installing its creative director, Fred Allard, as the company’s Twitter mouthpiece. “It’s more personal,” said Jones’ Lastrina. “Fred is a person who can talk about places he’s traveling to and art museums he’s visiting to get inspiration, which provides an engaging reason to follow him.”

Jones also has made use of designer Rachel Roy’s tweets to promote the Rachel Rachel Roy shoe line, produced by the company. “We’ll overlay [her personal tweets] with info about her personal appearances and marketing items,” said Lastrina, who added that, based on recent Twitter responses, Roy will add studs to a sandal style she’s crafting for spring ’10.

However, Blake Mycoskie, founder of Toms Shoes, cautioned that companies need to be aware that they risk crossing a line and over-communicating with consumers. “You want to be personal, but not too personal,” he said. “People who tweet all day long abuse the power that you are given with Twitter. A few fun, spontaneous tweets a day is plenty, and that’s a good way to build your following.”

Jones’ Lastrina and others emphasize that creating genuine dialogue requires time and effort. “It’s a daily job,” said Lastrina. “If you are going to ask a question, you have to read the answers and reply. It’s a respect to the community. You are there as a brand to share info that is relevant to them and listen to what they have to say. If you are not prepared to listen, the transparency becomes apparent very quickly.”

In listening, companies can also find ways to improve aspects of their businesses, especially customer service.

“If a customer had a negative experience, that person used to just thrash around in one-on-one conversations that we couldn’t help them with,” said Teva’s Heath. “[On Twitter], we’ve had great experiences helping to turn that customer back around to us by just communicating, monitoring the conversation and sometimes stepping in and saying, ‘We are from Teva, and we’re sorry you’ve had this experience. Is there anything we can help you with?’

Social media remains one of the most affordable marketing tools out there, but it still requires careful hiring and human resource management.

“If you are going to hire people to do this, hire young people who are already obsessed with social media,” said Mycoskie, who employs four or five full-time staffers to build and maintain Toms’ social media properties. “Marketing people are only going to see these as tools to sell more stuff. Young people are the ones who make sure it stays authentic. They’ll tell me, ‘Blake, if we do that we might sell more wrap boots, but we’ll lose credibility.’”

At Teva, Heath said responsibility for supplying social media content spans the entire staff. “We believe it’s a medium that everybody has to participate in, not just one individual,” he said. “We are trying to get the product people on board, and there’s a tremendous opportunity for our designers to communicate and allow the customers to help us meet their needs.”

But others are seeking support from social media experts to guide them.

“Morpheus Media manages our display online. We knew we did not have the expertise,” said Lord & Taylor’s Avitabile. “We take the lead from our agency, but all our content is generated internally. It’s a very young medium, and we wanted to get it right.”

Companies are naturally looking to see how they can gauge the success of their social media. It’s a tall order to fill. While Web metrics can provide some rough measures, many companies have to rely on their own observations to know what’s working and what isn’t.

“Success can be tough to quantify,” said Vaynerchuk. “But a billboard can be hard to quantify in a lot of ways, too. Social media campaigns are probably more measurable based on the analytics we have for software.”

Barneys’ Promisel is using a mix of empirical and anecdotal evidence to measure success. “We look at our Facebook fan base and our Twitter followers and those continue to grow, even without a lot of promotion on our part,” he said, while admitting that many evaluations are less than scientific. “It’s still too early to tell what the lifetime value is, but we see, for example, when we have in-store events that it is driving significant traffic.”

Perhaps the most important thing for companies to keep in mind is that the social media revolution is constantly in flux. A Web channel that is effective today could become passé or oversaturated by tomorrow. But being attentive, flexible and genuine will be the key to one-on-one communication, regardless of where the social media flock migrates in the future. Lord & Taylor’s Avitabile is ready and waiting. “[The marketing landscape] has changed so quickly and so dramatically, and the change is not done. We’re waiting to see what’s next, what people are going to be interested in and how they are going to communicate, but I wouldn’t guess this is going to go away anytime soon.”