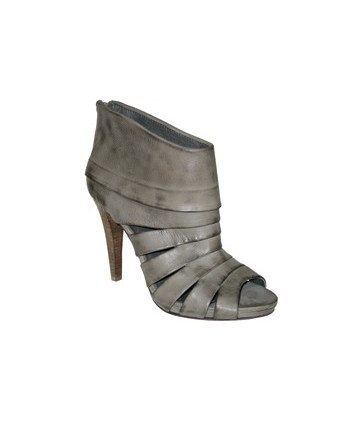 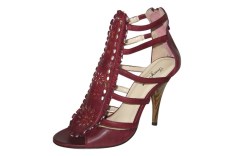 NEW YORK — Executives at Highline United may have stepped into the footwear arena quietly with soft launches in 2008, but they are now gearing up to draw major attention to their portfolio of brands.

The New York-based firm, whose brand roster includes United Nude, Ash and Luxury Rebel, along with licensing agreements with Miss Sixty and Tracy Reese, formally debuted in June with a launch party at its 7,600-sq.-ft. Chelsea showroom and is making a concentrated push to attract department stores and better independents with its mix of bridge women’s footwear.

“June was our coming out party,” said Highline United President Matt Joyce, who has held top sales and merchandising roles at Nordstrom, Via Spiga, Kenneth Cole, Nine West and Steve Madden. “We wanted to make sure we brought in the product correctly, are taking care of our customers and have [footwear] that is viable for the future.”

The company, named after New York’s newest city park, an elevated and out-of-service railway called the High Line, began showing capsule collections at last summer’s FFANY and WSA shows and has spent the last year building a mix of brands targeted at retailers looking for bridge-priced footwear that has been designed and sourced globally.

“We have people in Italy, France, China, the U.K. and Russia,” Joyce said. “It’s a global mentality [and] it gives us the opportunity to get a broader view rather than just see what’s happening in [one place].”

Early goals for the company, said VP of sales Scott Kaminsky, include building each of the brands and positioning the firm to become a long-term and dominant player in the industry.

“Business is changing and the format today is different than it was two years ago, from the flow of product to what consumers are drawn to,” Kaminsky said, noting the company began showing shoes in the months after the economy began to crumble. “We adapt by continually bringing new product and being flexible with our customer.”

Footwear for all brands, which will retail from $129 to $550, is produced in China but designed across the world, Joyce said.

New York ready-to-wear designer Tracy Reese teamed up with Highline to produce a capsule collection for spring ’09 and signed a license agreement with the company for fall ’09.

“Highline has tremendous manufacturing and sourcing strengths,” said Om Batheja, Reese’s VP and business partner. “They are willing to invest in processes and materials to achieve results, [and] we are able to source more extensively than we could on our own. [The] partnership has expanded our capabilities considerably.”

While Joyce said he is happy with Highline’s footwear mix, he is also looking for opportunities to grow the portfolio.

“There is no pressure for us to go out and do something crazy just to drive volume,” he said, “but there’s always going to be plans for doing something else.”