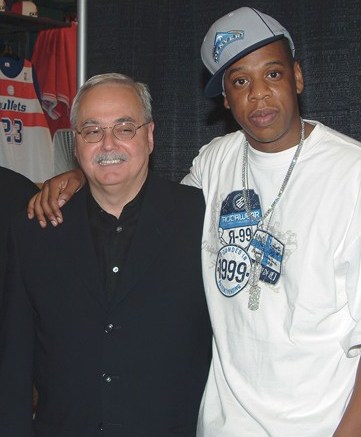 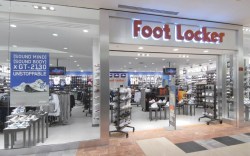 During his more than 11 years at Foot Locker, Matt Serra didn’t just transform his own company, he revolutionized the entire athletic industry.

When the executive arrived at the retailer in September 1998, he knew he had to shake things up, and quickly. “We were in trouble, the industry was in trouble. We were experiencing a lot of the same difficulties we’re experiencing today,” Serra recalled. “The difference now is that we have a much stronger executive team and the company is in a much better financial position.”

In those challenging early days, Serra was able to tap into the experience he had gained as a department store executive. After getting his start in the Macy’s Training Program in 1966, Serra, a Long Island, N.Y., native, quickly rose through the ranks, holding top positions at major retailers such as Bloomingdale’s and Saks Fifth Avenue, as well as the now-defunct Gimbels and Stern’s chains.

Serra had been president and CEO of Stern’s for five years when he got the call about the Foot Locker job. His friend, Roger Farah, was leading the charge to turn the firm, which had a long history as F.W. Woolworth Co., into an athletic-focused business. Shortly before Serra came aboard, the company changed its name to Venator Group (inspired by the Latin word for “sportsman”) to reflect the new strategy.

But the company’s moves came during a difficult time for the athletic world, and Foot Locker — and the industry — needed a jolt.

Enter Serra. As the new president and CEO of Foot Locker Worldwide, the executive’s first order of business was to return the retailer to profitability.

“Matt had to make some very hard and long-overdue decisions,” said K-Swiss Inc. Chairman, President and CEO Steven Nichols. “The result was that Foot Locker remained a viable and industry leader.”

Foot Locker became a leaner, more powerful athletic force, and Serra climbed the corporate ladder. He became president and COO of the parent company in 2000, and added the CEO title in 2001, when Venator officially became Foot Locker Inc. Three years later, he was named chairman.

Serra charged ahead with renovating the vast majority of the Foot Locker fleet and standardizing stores all over the world. In the early 2000s, he also poured a lot of energy into repairing the Champs Sports business. “That took a lot,” Serra remembered. “It was very gratifying to see that business do a 360.”

After making some serious changes, the CEO embarked on an aggressive growth strategy. One of his most notable decisions came in 2004 — the year he received FN’s Person of the Year award — when the company bought competitor Footaction for $225 million, a move that significantly expanded Foot Locker’s dominance in the athletic specialty sector.

With plenty of cash on hand, Serra continued to eye acquisitions in the years ahead. In 2007, Foot Locker made a bid for Genesco, which was turned down (though its biggest rival, The Finish Line, went on to buy the Nashville-based company only to scrap the merger last year after an acrimonious court battle).

Serra said he is still disappointed that a Foot Locker/Genesco marriage didn’t come to fruition and that it would have been a “great combination.”

However, the executive has continued to hunt for attractive buys and last year snapped up CCS, the skate catalog and Internet retailer, for $102 million. In addition to growing the business through acquisitions, Serra has debuted stores in key international markets. He also partnered with top athletic vendors for unique initiatives, such as the House of Hoops basketball concept, a joint project with Nike.

“Matt Serra led the Foot Locker business during one of the strongest periods of growth in the company’s history,” said Charlie Denson, Nike brand president.

“Matt Serra has been a key mentor and adviser to me, and he provided invaluable insight as Under Armour entered the footwear arena,” said Kevin Plank, chairman and CEO of Under Armour.

Adidas Group Chairman and CEO Herbert Hainer said his firm’s partnership with Foot Locker has prospered, in large part thanks to Serra’s leadership and passion.

“Even when we disagreed, I knew that Matt would always be an engaged listener and work hard to find a solution so both companies could advance and prosper. He’s had a tremendous career, and this past year steered Foot Locker through some of the most challenging retail conditions ever seen.”

Indeed, Serra spent much of his final months as CEO — he handed the reins over to current chief Ken Hicks in August — battling the economic crisis.

“I’ve been through four major recessions, and I’ve never seen anything like this,” said Serra, who will remain chairman of the company until he retires on Jan. 30.

Despite the near-term challenges, he said he is proud to leave the company at a time when its financial position remains very strong. “The best days for Foot Locker lie ahead,” he said.

While Serra declined to comment on his future plans, his industry colleagues believe he will continue to make his mark for years to come.

“Matt is going to be high-energy and actively engaged in whatever he chooses to do,” said Farah, now president and COO of Ralph Lauren Corp. “This is not a guy who’s going to go out and play golf.”