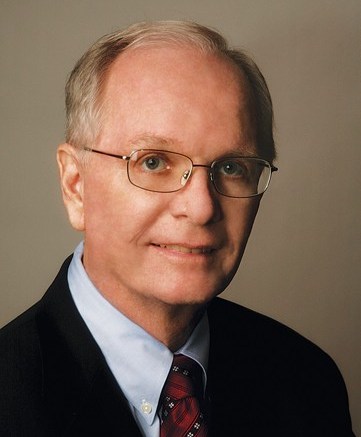 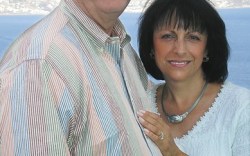 John Shanley was known by many as a brilliant footwear analyst, but the determination that built his career also extended into every aspect of his personal life.

Colleagues, friends and family members remember Shanley, who passed away in February after a four-year battle with cancer, for his tireless energy and zest for life.

The analyst, a native of Long Island, N.Y., who received his M.B.A. from New York University, began his decades-long career in the retail sector at J.C. Penney Co., and a few years later, moved to Allied Stores Corp. (now Macy’s Inc.) to take a position in research and strategic planning. He then accepted a similar title at F.W. Woolworth Co. (now Foot Locker Inc.), a post he held until the mid-1990s.

Shanley made the transition to equity research in 1996, taking on a role at JW Genesis Capital Markets.

He next worked at Van Kasper & Co., which eventually became Wells Fargo Securities, before joining Susquehanna Financial Group in 2004 as senior equity research analyst covering the athletic and footwear industries.

Christopher Svezia, who worked with Shanley for a combined seven years at Wells Fargo and Susquehanna, lauded Shanley’s attention to detail and innate understanding of the footwear business.

“John loved to work. It was his passion, his life,” said Svezia, noting that Shanley was a strong mentor to him during his first years on the job. “He was a great marketer because his knowledge was so deep. Clients would be bedazzled by him.”

“The things he knew were mind boggling,” said Shanley’s wife, Pat Shanley. For example, he could rattle off any given store’s square footage and what that store earned, she said. She added that he also had “an incredible ability to relate to any age group,” which helped him understand why people would buy certain shoes.

“We frequently did [retail store] channel checks together,” said Pat, noting that her husband often spent 45 minutes or more talking to store managers. “When we got married, we went on our honeymoon and we landed in Milan — the very first stop was a Foot Locker store.”

That dedication helped the analyst earn immense respect from his clients.

Elliott Elbaz, managing director at FBR Capital Markets, also remembered Shanley’s penchant for sharing knowledge. “He was an animal, in the best way. You could get him going. You would ask John what time it was and he would tell you how the clock was made,” recalled Elbaz, who worked with Shanley at Van Kasper. “He would be so engrossed in footwear.”

Shanley’s aptitude for stock picking was acknowledged multiple times with the most coveted equity analyst award, The Wall Street Journal’s “Best on the Street,” which is based on the annual results of stock market recommendations. He won in 2004, 2005 and 2007. Shanley’s associate, Christina Cheng, said her boss was happy to be honored, but it didn’t affect his work ethic. “He used to say, ‘You’re only as good as your last call,’” she said.

Indeed, for his analyst peers, he was a motivating force. “John Shanley was very knowledgeable about the footwear industry,” said analyst Sam Poser of Sterne Agee. “He helped me very much during my career on Wall Street. He was also a key competitor and I strove to outdo him, but failed to do so with regularity.”

“John was extremely energetic and hard-working, and he always tried to be accurate and fair in his analysis and forecasting of company performances,” said Foot Locker Chairman Matt Serra, a fellow Hall of Fame inductee. “He clearly was the leader of the pack during the last decade in the footwear industry.”

“[Shanley] was objective and perceptive and was always able to take a true global perspective when analyzing a single company or the entire industry,” said Blake Krueger, president and CEO of Wolverine World Wide Inc. “To the end, he kept his finger on the pulse of the industry and has left behind a legacy of insightful excellence that few will ever duplicate.”

Outside of his professional endeavors, Shanley was also passionate about personal interests, such as gardening and traveling. Cheng remembered when Shanley decided his home garden needed a pond, so he simply dug out a hole.

“He was a visionary because he tended to look at the raw materials and say, ‘This is what I’d like to see,’” said Cheng, who described Shanley’s garden as “breathtaking.”

Pat Shanley said her husband was always working on their home in Long Island, often adding landscaping, such as trees and bushes. “It was under construction the whole 30 years [he lived there],” she said. “Whatever he wanted to build, he built.”

Aside from gardening, Shanley was also a world traveler. In October 2008, he and Pat took a long-awaited cruise to India and Africa, which included two overnight safaris. The couple left a day after he finished radiation treatment.

“The discomfort didn’t stop him,” noted Cheng. “He came back and said [the trip] was great. The way he shared that experience, he didn’t even speak about the physical difficulty. … He put his heart into every single thing he did.”