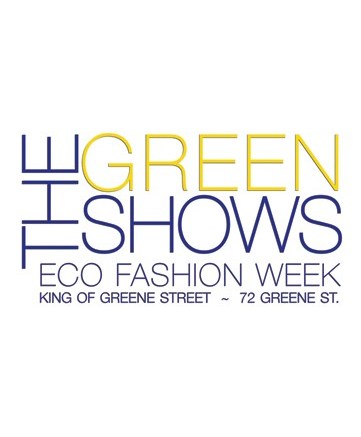 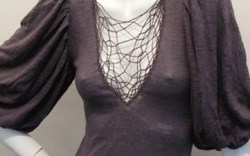 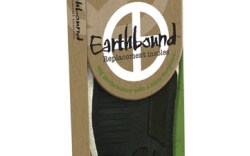 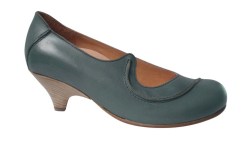 The sustainability movement gets highbrow at Fashion Week and down-to-earth in new hiking boots.

With Mercedes-Benz Fashion Week kicking off this week in New York, retailers, designers and editors are looking for the trends that will define the spring ’10 season — and a new independent show wants to make sure that green fashion gets its due. On Sept. 15, The Green Shows will debut in New York. The two-day, invitation-only event includes seven runway presentations by sustainable fashion brands, including Bahar Shapar, Lara Miller and Study by Tara St. James (which is launching at the show), and labels from the House of Organic collective. Organized by EdMedia Inc., the agency best known for pop-up retail for Fila and Seven for All Mankind, the Green Shows wants to fill what organizer Eric Dorfman calls “a hole in the market.”

“Women buy fashion first, eco second. That’s the key to the success,” Dorfman said. “But we also need to make a statement that there are women out there who will buy only eco fashion.” Dorfman said that with a growing number of fashion brands in the space, the time to launch a show dedicated to sustainable fashion was now — and was inevitable. “If I didn’t do it, someone would have picked it up for February.”

The exhibitors at the show were selected based on their use of recycled materials, organic materials, ethical production of both raw materials and manufacturing and carbon footprint consciousness. (Dorfman said the criteria would be reviewed after the show.) All eight brands are providing the clothes, models and music, but the show does not charge an exhibition fee. “In a controlled circulation show, when sponsorship wants to be involved [in funding the experience], designers shouldn’t have to pay,” Dorfman said. “They should be putting their resources into the shows, into designing beautiful projects — and then into designing a perfume so they can really make some money,” he joked.

The inaugural event will be held at downtown women’s luxe retailer King of Greene Street. (The store has partnered with EdMedia to grow and promote the show, and holds a 50 percent stake.) And while the first edition does not include any green footwear designers on the runway, the show teamed up with Simple Shoes (a division of Goleta, Calif.-based Deckers Outdoor Corp.) to outfit all event staffers in its eco-minded kicks. Dorfman said adding footwear designers for the February edition is a possibility. The show is looking to expand to three days with 13 exhibitors, with a major presentation each night.

The Green Shows, Dorfman hopes, will send a message during Fashion Week: “Fashion can be fair trade.”

Eco purists who still want their shoes to have that “Made in Italy” pedigree will have a new option next spring with the launch of Tuoggi, a line of environmentally minded styles for men and women from the Ballin Franco factory, showing at GDS and Micam this month. Featuring leather and rubber soles, the shoes incorporate vegetable-tanned uppers that are certified to be in compliance with the European Union’s sustainability standards, and use easily recyclable finishing materials. Tuoggi styles also feature memory-foam insoles and ergonomic footbeds designed to deliver comfort while walking. The collection, comprising both casual and dressy looks (at left), is launching with about 50 styles for women and 30 for men, and will retail from $200 to $265. Targeted to trend-savvy boutiques and other accounts in the U.S. and internationally, the line will deliver this December.

This fall, Waco, Texas-based Spenco Medical Corp. will debut a replacement insole called Spenco Earthbound for men and women. The $40 insole features 100 percent recycled nylon in the stability cradle, with full-foot cushioning created from 65 percent recycled EVA and natural cork. An antimicrobial top cloth is made with 40 percent recycled polyester, and the packaging is produced entirely from recycled paper and printed with soy-based inks. Special features include a deep heel cup for stability, the company’s 3-Pod cushioning system to control pronation and a forefoot crash pad under the ball of the foot to relieve pressure. The insoles run from women’s sizes 3 to 12 and men’s sizes 6 to 15. Earthbound insoles will be available at REI in October, with further distribution to come in running and outdoor retailers, among others.

Modesto, Calif.-based Hi-Tec is entering the green sphere with a new waterproof leather hiking style for men and women called the Altitude IV Enviro. Based on one of the company’s most popular styles, the Altitude, the Altitude IV Enviro uses water-based cements throughout and features recycled materials in the linings, a steel shank and carbon in the outsole. … Canton, Mass.-based Reebok is bringing green to the kids’ crowd with the launch of the Merrywether crib shoe, part of its Green Easy collection. Using recycled canvas uppers and cork in the outsoles, the crib shoe will retail for $35 at select accounts. … Boston-based New Balance is adding a second silhouette to the collection of “best of” eco styles it launched this summer. A women’s Mary Jane shoe called the 60 will deliver in April and retail for $60.