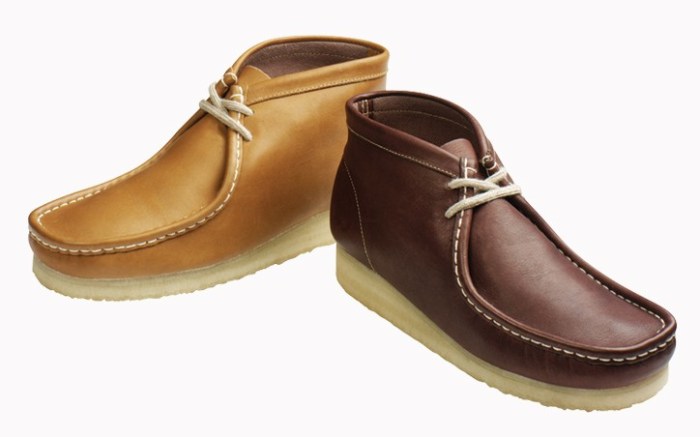 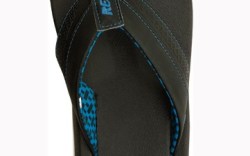 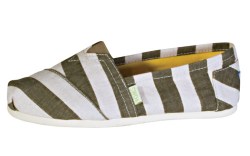 View Gallery 3 Images
Classic Green
Clarks is taking some first steps into green with the EcoStyle Wallabee (at right), launching for fall. The style takes the British brand’s classic Wallabee and reworks it using more sustainable components: Natural leather made with renewable and recycled materials from the PrimeAsia tannery forms the upper, and rubber crepe from Sri Lanka (the only place the material is grown without fungicides) makes up the outsole. In addition, the shoes feature organic cotton shoelaces, water-based cements and footbeds made of renewable coconut hair. The $140 shoes will deliver in August to Clarks retail locations, Zappos.com and independents across the U.S. and Canada.

Waste Busters
Carlsbad, Calif.-based Reef, a division of Greensboro, N.C.-based VF Corp., is expanding its sustainability focused Redemption series with the new NWS sandal. The men’s-only style (below), available in three colorways, features a footbed made of 51 percent post-industrial recycled EVA, all adhesives used in production are water-based and all stitching is done with 100 percent recycled PET. The company also kept an eye on the green element during production: The uppers are laid out like a puzzle during manufacturing, which creates less than 1 percent material waste and lets the company make seven more pairs of sandals per yard of fabric. (What is left over is incorporated into the sandals as toe-post overlay.) In addition, the way the footbeds are molded reduces waste by more than 20 percent, and the rubber outsoles are molded individually, rather than in blocker molds, to cut down on excess. The $36 style is available now on Reef.com, as well as at surf shops and mainstream accounts including Macy’s and Dick’s Sporting Goods.

Natural Touch
Toms is getting back to basics. The Santa Monica, Calif.-based company recently launched the Naturals Collection, a series of vegan and sustainable versions of its classic shoe. The new men’s and women’s styles feature twill uppers, made of 45 percent hemp and 55 percent recycled PET, and a recycled rubber outsole. The $49 shoes are available now at Whole Foods and Tomsshoes.com.