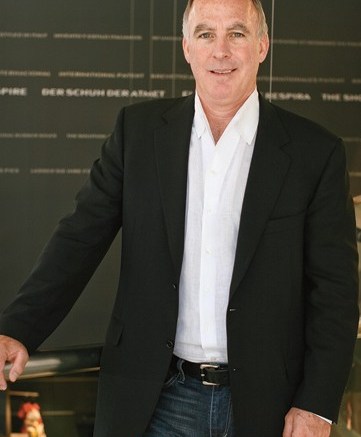 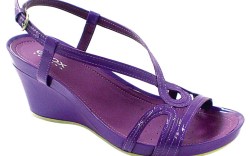 Six months after taking the helm at Geox North America, Gary Champion is working to invigorate the brand with fresh styling, new marketing and an aggressive retail push.

The former Clarks executive, who joined the Italy-based label in February, told Footwear News he aims to “introduce the U.S. customer to the Geox brand.” The market has been a challenge for the company since its debut here five years ago — of Geox’s $1.2 billion in annual sales, North America accounts for less than 5 percent.

The COO’s first move has been to strengthen the product. For spring ’10, the brand initiated its first collection made specifically for North America. It also moved away from traditional Eurocomfort styling to infuse more fashion into the line. “We did three different heights of wedge heels, with three to four patterns on each  height,” Champion said.

Price points will remain unchanged, in the $120-to-150 range, and Champion said he sees Tory Burch, Cole Haan and Sofft as the brand’s main competitors.

To support the product overhaul, the North American team is strengthening product merchandising, starting in its own stores. (There will be 56 Geox stores in North America by the end of this year.)

Champion said Geox will adjust the way product is displayed, in addition to implementing lifestyle messaging. “[With lifestyle shots], you start to get a real look at who our Geox customer is and how they look in our products,” he said. The exec commended the company on communicating its technology offering, but said Geox needs to be more vocal about fashion and design elements.

“[In the past], it was all about technology. We would show a beautifully fashioned shoe with steam coming out of the bottom,” he said. “The American consumer wants to see the design and be drawn to the color, heel type and lasting. … The fashion-forward elements were already in the product, we just weren’t emphasizing them to the public.”

Outside Geox stores, Champion is increasing distribution among independent retailers and department stores.

“We have a growing presence in Nordstrom, and we’ll be in limited Lord & Taylor and Dillard’s doors,” said Champion, adding that the brand is also gaining shelf space in Macy’s and Bloomingdale’s. He hopes to eventually bring Geox’s high-end “flash collections,” which are sold in Italy, to the U.S. market, in luxe department stores such as Barneys and Neiman Marcus.

Retailers were upbeat about Champion’s work at the brand so far.

“Finally they have someone who knows the U.S. market,” said Barry Hanna of World Class Shoes in Miami. “They send a lot of promotional and display materials to the store, and it helps a lot. It gives the shoes some permanence. Most shoe brands are starting to look alike, and this way, the customer knows what they are getting with Geox.”

“We had a long relationship with Gary at Clarks, and we are so excited he’s working on Geox,” added Jeanne Markel, director of casual lifestyle and performance at Zappos. com. “The brand has a lot of potential, and he is someone who really understands replenishment, stock and inventory — the backend operations they have struggled with in the past.”

Champion was also bullish about category expansion, noting that apparel and golf shoes are key growth vehicles for the brand. “Geox technology makes so much sense for golf shoes,” he said.

The company does not have plans, though, to enter other performance segments. “Once you start competing against the big boys in categories you don’t own, it’s tough,” Champion said.

Apparel also is gaining traction in Geox stores, but Champion is taking a long-term view when it comes to wholesale apparel. “There’s a lot to fix in footwear [first].”