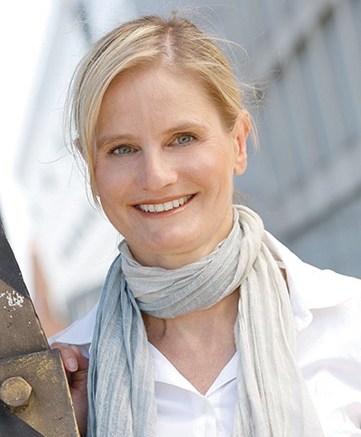 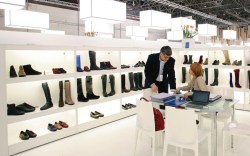 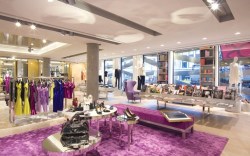 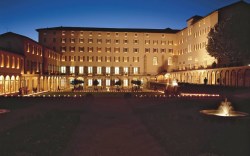 While retail in most European countries continues to struggle, the German economy is showing signs of life.

That’s one reason why GDS organizers are optimistic about the upcoming show, set for Sept. 11-13 in Dusseldorf.

Among the first-time exhibitors at this edition are Germany-based Tiggers, which is launching Tiggers Blue; Portugal-based Carlafe, debuting Eject Black; and Portuguese company Norberto Costa, which is bowing Vudu shoes. According to GDS director Kirstin Deutelmoser (above), Portuguese exhibitors are very active right now, showing quality shoes at good prices.

The show also is planning a new hall layout this time to focus on individual “lifestyle worlds,” including street fashion and urban.

Still, the weak global climate has had some impact on the show. Exhibitor numbers are down slightly, with 765 brands set to participate in the show.

FN: Why are you upbeat about the German market?

KD: The German shoe retail association recently announced that for the first seven months of 2009, shoe retailers experienced [flat sales compared with] the same period in 2008. I have noticed that many shoe companies from Spain and Portugal are targeting Germany because it’s considered a stable market to be involved in right now.

FN: Which labels are performing well?

KD: We have [strong] feedback on German names such as Rieker, Camel Active and Ara. To survive in this environment, a company needs an entrepreneurial spirit as well as courage, good ideas and the ability to motivate customers to buy shoes.

FN: How has the challenging economic climate affected the show?

KD: At the beginning of the recession, there was a lot of fear, but now it seems more normal and people are getting used to the idea of an economic crisis. It is difficult to say how buyers will behave — the German buying associations expect retailers to buy less — but at the moment, signs are the same and they are registering as normal. We’re aware that expenses have been cut and this will probably mean that fewer people from a company will be traveling.

Attendees speak out about their expectations for the German show.

Lenny Comeras, Easton Shoes, Columbus, Ohio
“It’s important to us because we can buy new product that our competitors won’t have seen, as well as complete collections from companies like Gabor and Think. We like it because it is one venue that is easy to shop, but this time we plan to do two rather than three days.”

Peter Stratmann, G-Star Raw Footwear, Amsterdam
“The timing of the fair, two months after Bread & Butter, works because customers go to Bread & Butter to get an overview of the collection and [then go] to GDS to place orders. All the most important footwear customers from Germany, Benelux, Austria and Switzerland come to GDS, and there also has been a significant increase in Eastern European customers recently.”

Greg Dreaver, Manitobah Mukluks, Winnepeg, Manitoba
“The sheer size of the show and the level at which it is organized make GDS a great venue for us to present our range. We also find that at GDS, with its very European, international flavor, there is particular appreciation for Manitobah Mukluks’ authenticity and history.”

Apropos Dusseldorf, one of the city’s newest fashion destinations, has quickly carved out a name for itself in the high-end market.

The original concept of the same name launched in nearby Cologne four years ago, while a similar, 3,112-sq.-ft. outpost, dedicated to upscale apparel, footwear and housewares opened here at 15 Benrather Strasse late last year.

One label he found at the show was Italian sneaker brand Pantofola d’Oro, which now sits alongside men’s product from Tom Ford and Dior Homme in the store’s 328-sq.-ft. shoe department. Lesser-known names do well at the store, too. Case in point: Belgian brand Haider Ackerman, which Korb discovered last season in Paris, almost sold out in the first week, he said.

Overall, footwear is posting strong sales at Apropos, and Korb expects to get a boost during the GDS show. “We’re visited by lots of international producers who love to come and buy shoes from us,” he said.

Pieces from the French shoe museum Musée International de la Chaussure will be on display for GDS attendees to see up close. Included are some of the museum’s most famous pieces by French greats such as Stephane Kélian, Charles Jourdan, Robert Clergerie, Roger Vivier, Louis Vuitton and Marithé and François Girbaud. In other French news, the shoe design prize “Grand Prix Européen de la Chaussure” will be announced at GDS and awarded there in the future. Until now, the honor was a national award for emerging French designers. But going forward, it will be expanded to give young talent throughout Europe the opportunity to win a six-month internship in France.