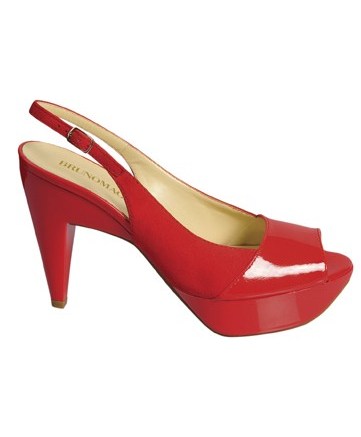 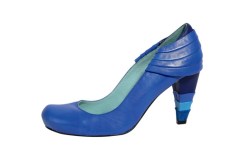 MILAN — Despite a strong euro and an uncertain economy, the outlook at the four-day Micam footwear exhibition that closed here on Sept. 19 was fairly positive, with exhibitors saying that business is poised to improve.

“The feeling is that we’ve already touched rock bottom and that things are slowly picking up,” said Fabio Aromatici, GM of ANCI, the Italian footwear industry organization and Micam organizer. “The message is positive and encouraging, and we expect and hope Americans will be the first to come out of the crisis, because they were the first to be hit.”

Nevertheless, Aromatici said the Italian industry continues to be affected by the weak U.S. dollar and Russian ruble. ANCI reported that sales in the U.S. dropped 35 percent in volume in the first five months of the year.

To make up lost ground in the U.S., vendors said they have worked hard to lower prices in the market — and retailers attending the show took notice.

“Maybe we’re considering a little bit less just because of pricing today, [but] we’re very fortunate that we have a relationship with a number of vendors who continue to extend discounts to us,” said Lori Andre, owner of Lori’s Shoes in Chicago.

Some vendors allowed Andre to pay 30 percent in advance and 70 percent on delivery, while others offered a 3 percent to 8 percent discount.

Overall, the retailer said she detailed about 20 vendors, on par with last year’s trip. “I haven’t bought anything yet,” Andre said. “We’ll take a look at what we bought last year and what sold at regular price.”

Daniel Hanig of Chicago-based Hanig’s Footwear said he will likely place fewer orders than last year — but he, too, noticed that vendors were open to price negotiations.

“The Europeans know how bad the euro is for business,” Hanig said. “Some vendors, however, were able to include some fair discounting to make the price slightly more agreeable on both sides.”

Indeed, a number of major Italian vendors said price was top of mind as they presented their spring ’10 lines.

Gianni Dori, one of the owners of high-end brand Rodo, said the company has slashed prices by 15 percent to 20 percent in the U.S. And echoing Aromatici, he said he has seen “a change in the mood. It’s much better than six months ago.”

Still, Dori acknowledged that the company, which doubled its sales during the three-year period from 2005 to 2008, did not expect to return to high growth levels for some time.

As for spring styles, Rodo is banking on versatility and day-into-evening designs.

This trend was also paramount at Bruno Magli, which debuted its first women’s collection designed by Ernesto Esposito, who has been charged by brand owner Fortelus Fund to revamp the label’s staid image.

The label unveiled a selection of day-to-evening pieces at the show, including functional sandals in bright, jelly colors and more fashion-oriented platform shoes.

“Customers are looking for honest products with intrinsic qualities, yet captivating lines and style,” said Danilo Aliti, Bruno Magli’s sales manager for Italy. “This collection perfectly fits with these requirements.”

The company also is banking on retail prices ranging from 220 to 350 euros, or $324 to $516, at current exchange. “We are competitive, but we have tradition, quality and design,” said Aliti.

“Despite the apprehension, customers are … looking for newness more than last season,” Mazzucato said. He added that after a slowdown in Russia, clients from that country are coming back.

“We sell more out of our showroom, but we can be approached at Micam by new clients that don’t have an organized structure, coming from Africa or Eastern European countries, for example.”

All told, for spring ’10, gladiator sandals continue to be a strong trend and embellishments were also a hit at the trade show.

Platforms and wedges continue to reign over flat ballerinas and sandals. Raffia was predominant, and there was also a return to natural materials such as cotton and linen.

In terms of attendance, Micam organizers reported the exhibition closed with 39,857 visitors, down 4.9 percent compared with a year ago. Aromatici attributed the contraction to smaller teams of retailers, who are trying to cut travel costs.