Footwear Off to Strong Start for Holiday 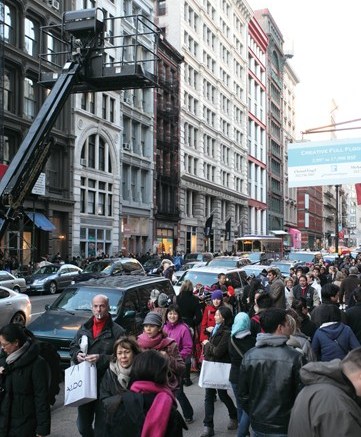 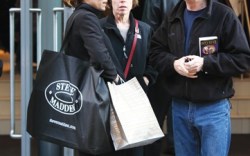 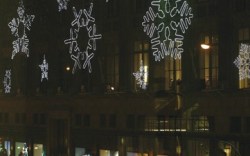 LOS ANGELES — If the early results are any indication, footwear retailers could be in for a better holiday season, although steep markdowns might be necessary to keep consumers in the shopping mood.

Marshal Cohen, chief industry analyst at The NPD Group, said his survey of shoppers on Black Friday revealed much more consumer interest in shoes than in past years. In fact, 18.7 percent of those polled said they had purchased or planned to purchase footwear this holiday season. That figure is up from the normal 10 percent in previous years.

“Traditionally, we don’t think of footwear as a holiday business,” said Cohen. “Whether people are buying self purchases, gift cards or gifts, footwear has become a holiday business that can’t be ignored, and it’s not just about slippers and outdoor boots anymore.”

Cohen said all categories, from athletic to women’s dress shoes are showing signs of pent-up demand, which could also explain the increased interest. “People who haven’t bought shoes in a while are doing so, and they’re doing it guilt free,” he said.

Looking ahead, Cohen said he now expects holiday sales to increase 0.5 to 1.5 percent over last year.

At Saks Fifth Avenue, VP and DMM of women’s footwear Tracy Margolies observed that consumers still appear to be waiting for big markdowns before they buy. “Right now, everyone is waiting for sales, so it’s tough,” she said.

Margolies added that the department store chain would eventually move into a markdown position, though she declined to lay out a timetable as to when that might happen. The company’s Website, however, was already in sale mode. At press time, Saksfifthavenue.com was promoting designer styles for men, women and kids at 40 percent off.

Sales aside, Margolies said consumers appeared to be gravitating toward sparkly evening styles from Jimmy Choo, as well as jellies from Stuart Weitzman and Tory Burch.

Chris Santaella, VP and GMM of footwear for Foot Locker said performance sneakers were driving sales across a variety of categories and price points. “It’s being driven now by this toning concept that a lot of people in the marketplace have, such as the Reebok and the Skechers shoes,” he said. “We’re also seeing some great sell-throughs in running and in core basketball. We’re seeing a little life in training as well. It’s men’s and women’s across multiple price points, so it’s a significant movement that we feel pretty comfortable about, and it plays pretty well into the holiday season.”

The 94-store Shiekh Shoes chain had planned on a highly promotional holiday season, but given the success of Black Friday, owner Shiekh Ellahi said he had changed his plans. “It doesn’t look like we’ll need to [do it],” he said. “We had planned [a storewide sale] but we scratched it.”

Ellahi said certain items in his stores are marked down as much as 50 percent, but the real sales drivers — over-the-knee boots — do not need extra promotion. “We had a pretty good day the day after Thanksgiving,” he said. “Comps were up 12 percent. I felt there were a lot more people out shopping.”

For the month, Ellahi said he anticipated more modest returns. “We are projecting about 3 percent up for December,” he said, noting that unemployment among his largely teenage consumer base continues to hamper business. “A lot of my young customers don’t have jobs,” he said. “Nothing in the economy is going to be good until unemployment gets better.”

David Assil, owner of several upscale Los Angeles-based Madison boutiques, said he has been able to avoid markdowns by stocking European lines with limited to no distribution inside the U.S., which meshes with the desires of his affluent Beverly Hills clientele. “[Consumers] want something that is really well priced that they’re not going to see everywhere,” he said. “Before, it was a status thing to have a [recognizable, well-known designer] shoe or bag. Now, it’s totally the other way. They don’t want to spend the money and they want their individuality back, and that’s where it’s headed.”

Overall, Assil said he expects the holidays will be profitable, but he worries about what is to come in 2010. “The holidays will be OK,” he said. “I have a feeling it will be about the same as last year, maybe a little down, but 2010 worries me. I’m cautious, at best, about 2010.”

But at least for now, online retailers are seeing an increase in demand for footwear.

Scott Savitz, CEO of online retailer Shoebuy.com, said sales were “amazingly robust” on Black Friday, with momentum that kept building through the weekend to Cyber Monday. “It was a great start,” he said. “We saw on [Thanksgiving] and Black Friday our traffic spike 40 percent year over year. People were very excited about shopping online. The shoppers are there and they are shopping. I’m very confident. This is exactly the kind of indication you want to see that signifies a strong holiday season.”

“Consumers right now are clearly seeking value and attribute Gilt as a way to get great value. They don’t comparison shop. They trust that we’re providing great value,” she said. One of Gilt’s holiday-related promotions is to offer at least one gift-able item each week, Maybank added.

As a result, Maybank said she feels “incredibly bullish” about the prospects for overall holiday sales. “Our consumer loves shopping online. It’s simple, easy and intuitive for them,” she said, noting that the e-tailer has had sales on Michael Kors, Delman and Melissa shoes over the past few weeks.

At Zappos.com, VP of merchandising Steve Hill said he also felt optimistic for holiday following the Thanksgiving weekend. He said sales were up year over year and in line with the company’s plans. “In fact, [on Cyber Monday] we had a record day for Zappos.com.”

One of the promotions Zappos used was a “VIP Membership,” which includes free overnight shipping for life and was offered from Thanksgiving through Cyber Monday.

Though Internet sales alone appeared to be robust, the National Retail Federation said last week that average spending in stores and via Websites over the four-day Black Friday weekend (Thursday to Sunday) was $343.31 per person, down from $372.57 last year. However, total spending reached $41.2 billion, versus $41 billion last year.

But some worried that the early holiday success may simply be the result of consumers who are buying out of need, rather than holiday cheer.

Ken Perkins, president of Retail Metrics, a sales tracking firm, said the weekend’s sales results make him “a little less optimistic than I was several weeks ago” on the fate of holiday spending.

“Sales were OK on Black Friday,” he said. “Traffic was up, but conversions didn’t look to keep pace with the traffic gains. Consumers seem to be hunkered down. … The only thing I can think of is that consumers are doing more research this holiday season and potentially holding out until later in the season, figuring there will be some sales to be had.”

Indeed, NPD Group’s Cohen said stores offering sales are the ones reaping the rewards thus far. “Right now, everybody has the deal on their mind,” he said. “The stores that were busy were the ones that had a sale.”