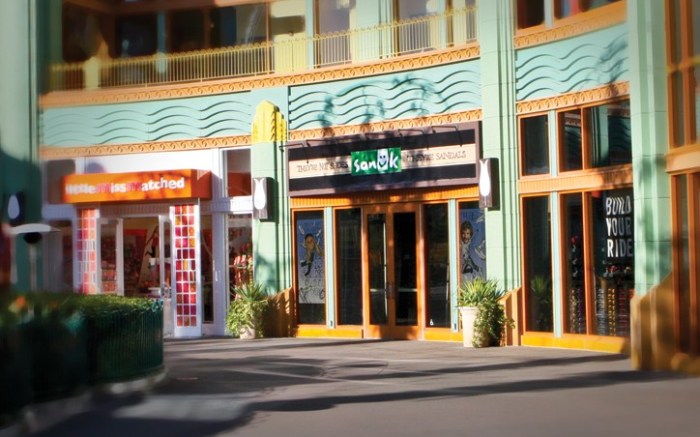 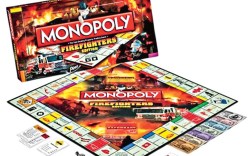 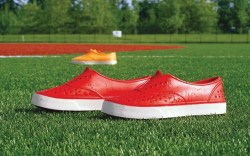 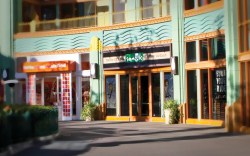 If ever there was a spot for Irvine, Calif.-based Sanuk to open a pop-up shop, Downtown Disney — located next to the Disney theme park in Anaheim, Calif. — would probably be it. The quirky shoe brand opened the unit on Nov. 18, and it features brand favorites, such as the Standard and Vagabond slip-ons and Yoga Mat sandals, for men, women and kids. The store will remain open throughout the holiday season, until Jan. 15. “This gives us a fantastic place to showcase our products to a variety of people,” said company President John Vance. “It is a tremendous step for Sanuk.” Lindsay E. Sammon

Just in time for the gift-giving season, Monopoly is out with a new “Firefighter’s Edition.” And the Black Diamond Group Inc. — a protective footwear brand based in Newton, Mass. — will have its own piece as part of the game, a firefighter’s boot. Players take on the goal of becoming Fire Chief by buying and trading properties in traditional Monopoly fashion. In addition to the boot, other token pieces include a fire hydrant, Dalmatian dog, flashlight and a fireman’s helmet. The game sells for $40 on Amazon.com and eBay.com, as well as at several other retailers. Kristen Henning

A new line of athletic-inspired kicks will launch this spring with an innovative take on the EVA experience. The brainchild of Vancouver natives Damian Van Zyll de Jong and Scott Hawthorn, Native takes the antimicrobial, lightweight and odor-resistant properties of 100 percent EVA and molds them into familiar styles in a rainbow of colors. The unisex

Corrado, Miller and Jefferson, based on classic sneaker designs, will hit retail globally in February, priced at $45. Look for them at U.S. accounts including Nordstrom, Bloomingdale’s, Atrium NYC and Sportie LA. Gabrielle Fratangelo

Bootights are taking the hassle out of winter dressing. Founder Shelby Mason has created a line of hosiery that combines tight uppers attached to sock bottoms to prevent women from having to slip on heavy socks over thin hosiery in cold months. The line, which features three core colors — black, chocolate and charcoal — and a designer floral collection, is set to retail for $30. The idea, Mason said, came to her on a cold Chicago day when she had to take off her boots at the airport security line, only to reveal gray tights covered in white tube socks. The collection, made at the North Carolina mills of Wells and Slane, is offered at Dillard’s and includes eight styles in ankle and mid-calf sock heights. Exclusive fishnet and argyle styles priced at $32 will be offered at Bootights.com. Marcie Young