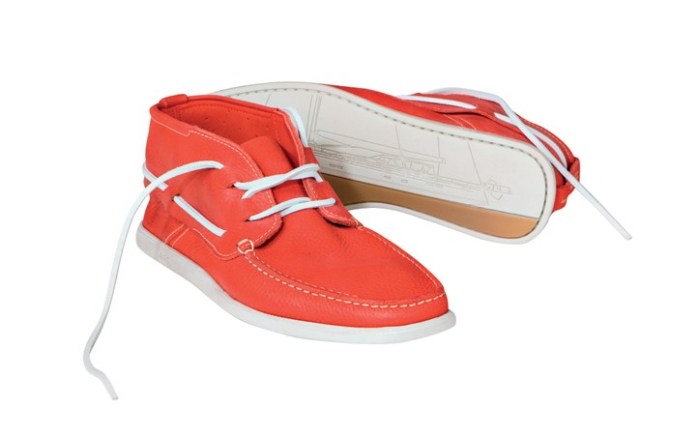 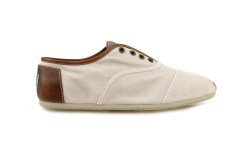 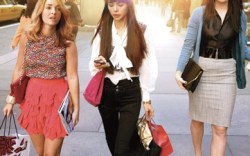 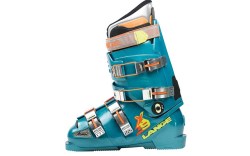 London-based Matches is stepping up its game for spring. In an attempt to one-up the competition, the luxury retail chain is offering an exclusive line of designer shoes and apparel under the label Matches Editions. The collection was created in collaboration with some of the retailer’s most celebrated design partners. “When we invited the designers to be involved, we tried to think of the pieces that were iconic to each brand,” said Matches Director Tom Chapman. For some designers, he explained, that meant one-of-a-kind, knockout footwear. “A fabulous purple silk shoe with a jaunty bow from Christian Louboutin worked so well for Editions, as did the sophisticated feel of the brogues by Alexander McQueen — a luxurious, but classic footwear option you can wear again and again.” For the launch, Brian Atwood contributed a snakeskin platform, and NDC crafted an exclusive boat shoe for men (at left). Chapman said the designers, in addition to the store staff, are hoping to see a sales boost. “It’s important for the designers and Matches not to be perceived as a single-minded brand,” he said. “For both parties, it adds a point of difference.”

For fall ’09, Toms Shoes is upping the technology in its signature look. Cordones, the brand’s newest style (below), features a solid rubber sole and a lace-up silhouette (although an elastic-infused tongue makes them slip-on ready). “I wanted to create a pair of Toms that is durable and versatile,” said company founder Blake Mycoskie. “In the case of the Cordones, I was inspired by the Argentine writers who bravely stood up for their passions amid the chaos of the civil rights suspension in the mid-19th century.” The new line features styles for men and women, and uppers come in waxed canvas, leather accents and woven plaid. “My goal has been to expand into other shoe varieties,” said Mycoskie. “The Argentine alpargata is the defining silhouette of Toms and will remain our classic style, but we are exploring new design possibilities while staying true to our roots.” With all the new features, it’s only natural that price points would go up, as well. The Cordones will retail from $69 to $78 on Tomsshoes.com and at specialty retailers starting in mid-July. But one thing that hasn’t changed is Toms’ one-for-one business model, which donates a pair of shoes to a child in need for every pair sold. The company expects to give away 300,000 pairs in 2009.

Spring may be just around the corner, but not for visitors to the Bata Shoe Museum in Toronto. From now through the upcoming Winter Olympics in Vancouver, the museum will present “Bound for Glory,” an exhibition devoted to revolutionary winter sports footwear. “What’s interesting is that this footwear is not fashion, it’s a tool of the trade,” said senior curator Elizabeth Semmelhack. “You can really see the evolution of technology.” The artifacts on display date from 1924 (the inaugural year of the winter Olympic Games) through the present day. Medal-winning skates, ski boots and performance shoes all have a place in the exhibition, with pieces sourced from around the world. (Below is one of the Lange boots worn by Italian Olympian Alberto Bomba in the 1992 games.) Hockey legend Wayne Gretzky, Adidas, the International Olympic Museum in Lausanne, Switzerland, and a host of others all loaned items to the show. In addition, the exhibition boasts an interactive area where visitors can try their hands (and feet) at winter sports including bobsledding, figure skating and curling via the Nintendo Wii. “Bound for Glory” runs through March 21, 2010.

Heel to the Chief

There are many things a fashion editor must do to earn the top post. Running in heels is one of them. It’s also the name of the latest reality series about aspiring fashionistas cutting their teeth at Marie Claire. “The show is a realistic portrayal of life at Marie Claire,” said Editor-in-Chief Joanna Coles. “It’s very, very busy, and we are all running around in high heels, which makes things even more treacherous.” (Coles noted that her current heels of choice are a pair of Giuseppe Zanottis, in brown ostrich.) The eight episode “docu-series” follows three Marie Claire interns (at right) as they juggle the pressures of work, play and cohabitating in New York, while striving to make it to the next notch in their spindly stilettos. The series takes the interns around the globe to tropical photo shoots and European fashion shows, and features celebrity cameos from the likes of Vera Wang, Roberto Cavalli and Heidi Klum. “I’m looking for the interns to be bright, ambitious, stylish and well-versed in Marie Claire,” said Coles. “The magazine industry has become much more glamorous, and it perceives itself as such. It’s incredibly competitive.” “Running in Heels” screens Sunday evenings at 8 p.m. on the Style Network. For a complete schedule, see Mystyle.com.