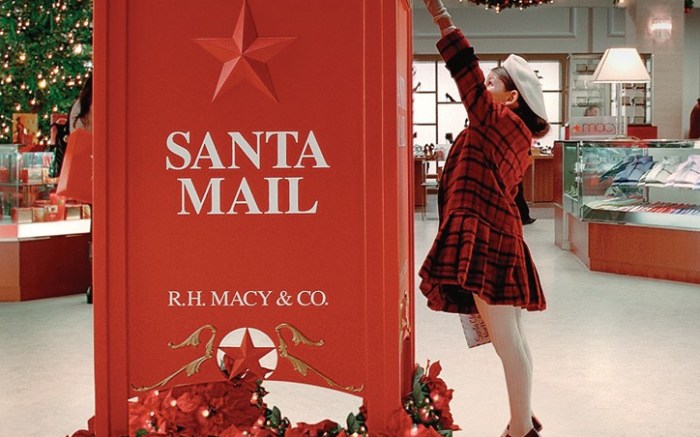 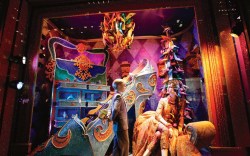 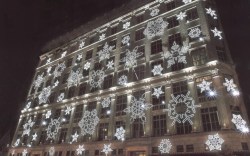 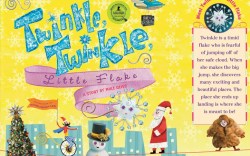 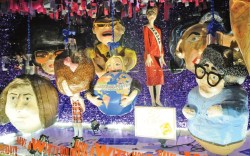 Macy’s Herald Square flagship will be at the epicenter of its holiday “Believe” campaign, which launched earlier this month with a TV commercial (at left), animated film and national tour. The store is using hundreds of mirrors, hung like snow confetti in its windows, to create a seemingly endless look. Those passing by the animated Broadway windows also will have the opportunity to write a letter to Santa, personalizing the note on a giant touch screen before watching it be whisked off to the North Pole. “We’re trying to push technology so the viewer becomes part of the window,” said Paul Olszewski, Macy’s director of windows. The windows were unveiled Nov. 19, with carols sung by the Disney Channel’s Emily Osment, “American Idol” Katherine McPhee and the Broadway cast of Irving Berlin’s “White Christmas.” Emma Leighton

Bloomingdale’s wants to unleash the holiday spirit. The store’s Lexington Avenue windows this season offer an affable teddy bear world, a very merry snow-sculpted Santa, an eccentric gallery of the world’s most famous art and a look into a swanky and silly New York-style New Year’s Eve. “These whimsical, humorous scenes are sure to put smiles on the faces of all New Yorkers and visitors who crowd to see them,” said Liz McGovern, the store’s director of national media relations. Harry Connick Jr. was on hand to sing a few tunes during the window’s Nov. 17 debut. E.L.

If you’re ready to see some snow, head to Saks Fifth Avenue’s window display. “Each snowflake is one of a kind,” said Julio Gomez, director of windows. “Saks believes they are a reflection of the beauty of diversity and being unique — a message we believe is especially important to communicate to our shoppers and window visitors during the holiday season.” The Fifth Avenue flagship this season is basing six windows on the store’s limited-edition children’s book, “Twinkle, Twinkle, Little Flake” (at right), which is donating $2 from every sale to the St. Jude Children’s Research Hospital. Painted soft winter-white, pale-blue and a shadowy blue, the windows, which will be uncovered Nov. 23, include custom glass sculptures, geometric woodwork, snow drifts and more than 30 pairs of shoes. The entertainment will even move outside, with a snowflake light show choreographed to “Carol of the Bells” projected against the building’s façade. E.L.

Barneys is turning to the funny men and women of “Saturday Night Live” this holiday season. With the theme “Have a Witty Holiday,” the Madison Avenue flagship has decked out

its windows to pay tribute to the show’s 35th anniversary. Merging comedy with fashion, the display features some of the comedy show’s most memorable moments, as imagined by Barneys Creative Director Simon Doonan. Windows have been dedicated to “SNL” characters ranging from the Coneheads and Two Wild and Crazy Guys to Mary Katherine Gallagher and Tina Fey as Sarah Palin. Barneys revealed the holiday windows on Nov. 16 at an event attended by “SNL” creator and executive producer Lorne Michaels and several of the current cast members, including Andy Samberg (above). E.L.