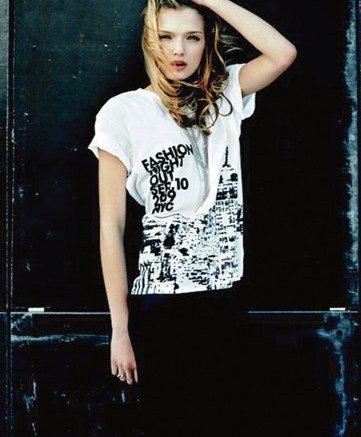 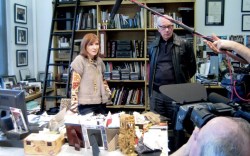 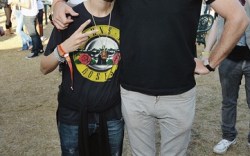 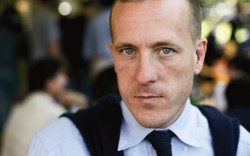 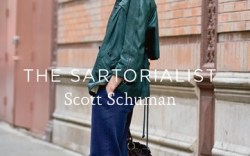 Tee Time
In anticipation of New York’s first Fashion’s Night Out on Sept. 10, dozens of retailers across the city will begin selling official event T-shirts on Aug. 17. The industry initiative will span 13 international cities with the goal of invigorating local fashion businesses and drawing customers into the stores with a night of events, special guests and other surprises. The tees feature a graphic, black-and-white New York cityscape and will retail for $30 for a short-sleeve version and $35 for a long. Even better, 40 percent of the retail proceeds from the shirts will be donated to the National Sept. 11 Memorial & Museum at the World Trade Center, a cause close to the hearts of many New Yorkers. Retailers including Barneys New York and Alter in Brooklyn will have the tees on offer. For the complete list of vendors and Fashion’s Night Out participants, visit Fashionsnightout.com.

Scenes from Seventh Avenue
Industry vets shouldn’t be surprised if they get a call from documentary producer Phyllis Dillon sometime soon. The upcoming film “Dressing America” traces the rag trade in New York back 150 years, with commentary from old schoolers such as 84-year-old Charles Edelstein, who still operates his fabric business from Manhattan’s garment district, and contemporaries including IMG’s Fern Mallis, who manages New York Fashion Week. Through a series of interviews and archive research, Dillon and her team follow the evolution of the fashion business from immigrant entrepreneurs at the turn of the century to the glamorous runway shows of today. “Dressing America” is being produced by Pacific Street Films with support from the Leon Levy Foundation and is slated to premiere in 2010.

Ronson Remix
Like music, fashion seems to run in the Ronson family: DJ-ing siblings Mark and Samantha Ronson are both trying their hands at shoe design. Mark is working with luxe label Gucci, while Samantha has teamed up with sneaker brand Supra. (Samantha’s twin, Charlotte Ronson, already has an established fashion line
and a diffusion collection for JCPenney.) Mark collaborated with Gucci creative director Frida Giannini on several men’s styles that will be available exclusively in the brand’s Icon-Temporary pop-up stores this fall. The “Gucci Ronson” limited-edition SKUs will be priced from $500 to $600. Meanwhile, Samantha created an original colorway for Supra’s Indy silhouette. The distressed black-and-gold high-top sneakers are available for $148 at Factory413.com. All three Ronsons occupy a distinct niche in the fashion industry, which will hopefully quell any sibling rivalry.

Printed Matter
Anyone who has ever struggled to get dressed in the morning need look no further than Scott Schuman’s blog, The Sartorialist. Schuman (above), a former fashion exec, took to the streets eight years ago to document striking style on sidewalks around the world. And unlike most fashion magazines, Schuman’s site features elegantly clad ladies and gents of all ages and aesthetics. This month, a selection of Schuman’s best-loved looks will be available in book form from Penguin Group. Simply dubbed “The Sartorialist,” the coffee-table tome comes in a basic hardcover for $25, and a limited-edition “bespoke” version for $110. “The Sartorialist” will be available starting Aug. 25 wherever fine books are sold.