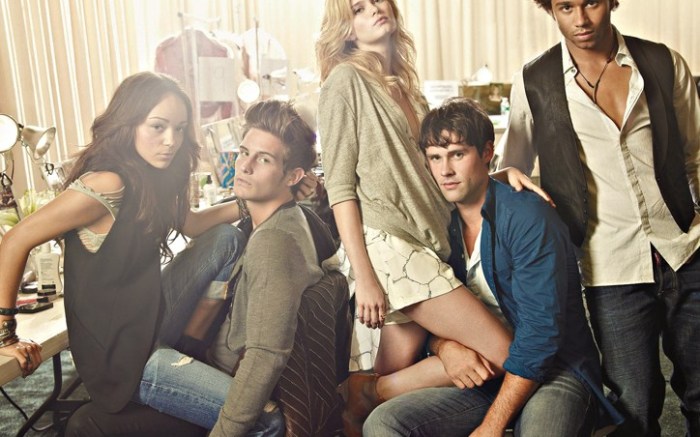 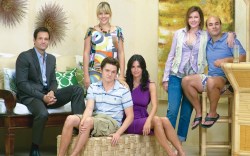 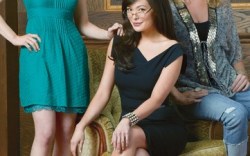 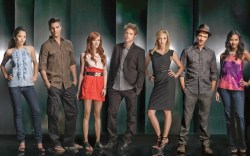 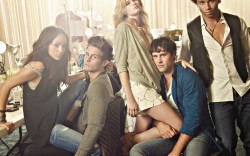 The fall TV season is under way, and the fashion has never been better, especially on The CW Network, which has three great-looking new shows. (Not to mention the trendsetting “Gossip Girl,” premiering tonight.) The network’s new drama, “The Beautiful Life,” aims to pull back the curtain on New York’s competitive and über-glamorous world of modeling and is supposedly thinly based on the experiences of Ashton Kutcher (an executive producer). And after much gossip mag speculation, it was confirmed that Mischa Barton will continue to star in the show, alongside supermodel Elle Macpherson, and former Disney stars Sara Paxton and Corbin Bleu.

First The CW revived “90210,” so naturally, “Melrose Place” had to be next. And the evening soap built up plenty of buzz over the summer, with the casting of Ashlee Simpson as a tiny red-headed vixen, and with “will-she-or-won’t-she” articles about a cameo for Heather Locklear. As of the premiere, Locklear was a no-show, but Laura Leighton and Thomas Calabro did reprise their roles, starring alongside a cast of comely newcomers. Though Melrose is far from the New York runways, it still aims for fashion cred, as the characters cruise from poolside to bedside in all things hot and trendy.

As a television drama about vampires, we expect the wardrobe here to lean toward lots of black leather and hair gel — at least for the show’s feuding undead brothers, played by Paul Wesley and Ian Somerhalder. Hopefully lovely Nina Dobrev, the object of their affections, gets more varied outfits. Although, after the tremendous success of the “Twilight” franchise and HBO’s “True Blood,” does it really matter what they wear? Odds are this latest series, based on the books of L.J. Smith, will quickly become another cult favorite.

This new comedy starring Courteney Cox might have a better chance at great jokes than great fashion. The sit-com, set in Miami (picture lots of bright floral prints and madras shorts), is written by Bill Lawrence of “Scrubs” and stars the “Friends” alum as a newly divorced fortysomething tackling (ah-hem) the dating scene. Also featured are Busy Philipps as Cox’s meddling assistant, Christa Miller as her married best friend and Josh Hopkins as her neighbor and sometimes nemesis. Early buzz on the show is good so far (at least for the comedy).

We’ve watched the preview videos and flipped through all the press images, but still can’t make any guarantees about must-have clothes in ABC’s new drama that, yes, was already a book by John Updike and a movie. But at least this version of the witch story stars Rebecca Romijn, Lindsay Price and Jamie Ray Newman, so you know they’ll look good in whatever they’re wearing. The actresses play frustrated suburbanites who discover gifts that give them power over men, nature and time.