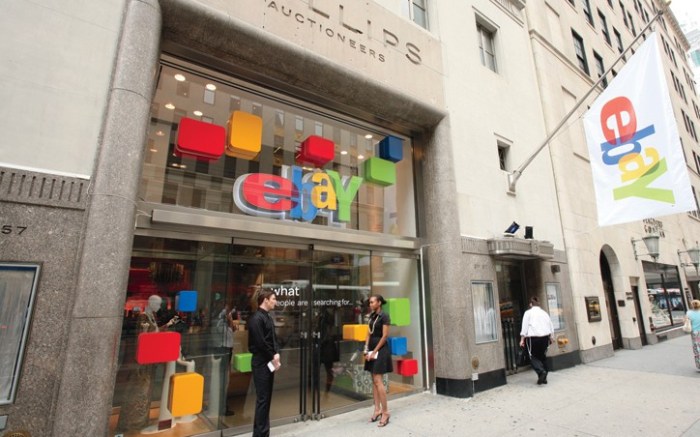 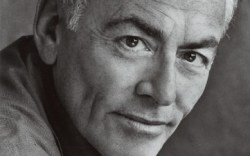 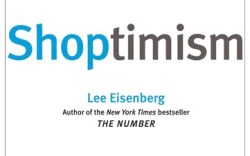 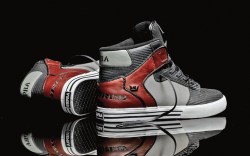 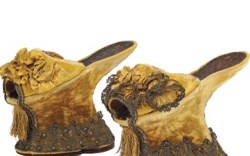 Jingle eBays
Being only a click away is just not good enough for eBay anymore. The digital marketplace is bringing its product offerings to the real world for the first time this holiday season, with a pop-up store in New York (at right) and a mobile boutique traveling the country. The pop-up space will be located at 3 W. 57th St. in Manhattan from Nov. 20-29, and will feature several of the site’s top fashion brands, including L.A.M.B. and Michael Kors. But what self-respecting Website doesn’t also have an Internet feature? Store shoppers also can access the site via kiosks, handheld tablets and eBay’s mobile app. Elsewhere in the U.S., eBay will be spreading holiday cheer with its mobile boutique, making stops in a dozen cities, starting with Chicago on Nov. 10. The mobile shop will include many of the same features as the pop-up store, including personal shoppers, who will offer buying tips and trend insights and can even arrange gift wrapping and shipping. And at any of its locations (online or off), eBay shoppers can do good by donating $1, $5 or $10 to a charity of their choice through the Give@Checkout service offered for all PayPal purchases. EBay will match the final donation up to $200,000, and at the 57th Street location, it will match every purchase dollar-for-dollar, up to an additional $200,000. — Jennie Bell

Buyer Be Aware
In today’s tumultuous retail environment, it has become even more important to understand the consumer psyche, and in “Shoptimism: Why the American Consumer Will Keep on Buying No Matter What,” Lee Eisenberg, author of New York Times bestseller “The Number” and former editor-in-chief of Esquire, tackles the question “why do we buy?” Talking about his inspiration, Eisenberg said, “Shopping and buying are activities we engage in every day, yet few of us have much insight into why we do what we do, and how we are influenced by those in the business of selling us things. I wanted to take readers on what I believe is a lively and informative tour through both sides of the consumer universe.” Over the last three years, Eisenberg has researched the buying world, interviewing shoppers and industry specialists. In the book, he analyzes the reasons behind everyday purchases and offers amusing and reflective guides through malls, megastores and online shopping destinations. Currently a creative consultant, Eisenberg’s previous experience as senior executive at Lands’ End contributed to his book, not to mention his extensive research, which went as far as working at Target during the holiday shopping season. Priced at $26, “Shoptimism” is available at major book sellers. — Emma Leighton

Winner Takes All
Forget print ads and movie posters. The new way to promote a film is to make a sneaker inspired by the flick itself, so believes Complex Media. The Marc Ecko-owned media firm, which caters to male twentysomethings, teamed up with sneaker company Supra to create a shoe for the upcoming Sony film “Armored,” starring Laurence Fishburne and Matt Dillon as armored truck drivers plotting a heist. Only 30 pairs of the kicks will be produced and most will be distributed to cast members of the action picture; however, one lucky moviegoer will get the chance to snag the last pair via Complex.com and its partner site Nicekicks.com. The sites will host a contest, kicking off today. To enter to win, guys should watch the online trailer for “Armored” (in theaters Dec. 4) and then answer a series of questions based on the short. — Gabrielle Fratangelo

Century Shoes
On Nov. 19, the Bata Shoe Museum will present an extensive collection of shoes dating back more than 500 years. In the once-in-a-lifetime exhibition titled “On a Pedestal,” two forms of footwear — the chopine and the high heel — will be applauded for their extraordinary influences on Western dressing. The high heel has certainly made its impact on today’s woman, but it owes its fashion standing to its predecessor, the chopine, which defined women’s style and status in the 15th, 16th and 17th centuries (the higher the chopine platform, the higher a woman’s social standing). Prestigious lenders from all over Europe have contributed rare shoe artifacts from the Renaissance and Baroque periods to the Toronto museum, which examines the shoes’ origins and cultural significance and ties them to the politics, gender and art issues of those times. The exhibition will run through Sept. 20, 2010. For more information about “On a Pedestal,” visit Batashoemuseum.ca. — Gabrielle Fratangelo