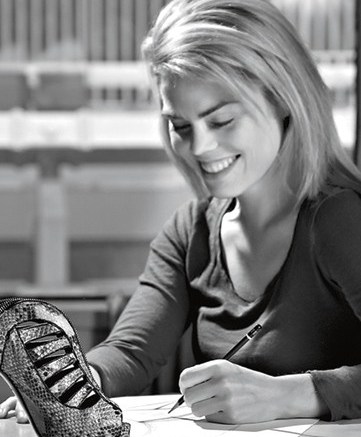 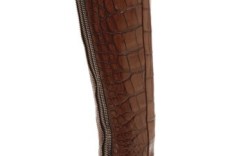 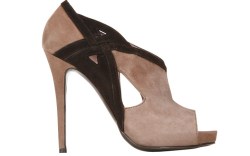 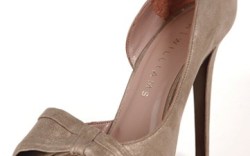 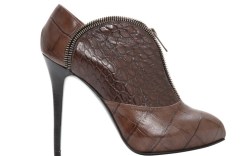 American footwear designer Heather Williams has branched out on her own, Italian style. “It’s where everything starts,” said Williams, who packed her bags and moved to Italy in March 2008 to immerse herself in the art of Italian shoemaking. “All the designers I really admire make their shoes here, and I wanted to understand it better and really get inside it.”

Williams infuses her eponymous line, which is targeted toward high-end boutiques, with details inspired by European architecture and her athletic roots, designing for brands such as Reebok. “My natural hand sometimes goes back to sport,” she said, “but my taste and aesthetic lean toward the elegant shoes.”

The collection debuts with 17 styles — ranging from flats to tall boots — and incorporates zipper details, exotic skins and bow embellishments. Shoes retail from $345 to $950, while Williams’ six-piece handbag collection runs from $580 and $1,450.

The Designer
Williams, a graduate of the Rhode Island School of Design and an eight-year industry veteran, honed her design skills at Calvin Klein and Reebok.

The Inspiration
Williams looked, in part, to the intricate details of medieval cathedrals for the lines and angles in the booties and heels.

The First Account
Plaza Too in New York has picked up six styles in several colorways for its Soho shop. “It’s very cool and edgy,” said owner Tom Mendes, noting that fashion-editor friends have offered rave reviews of the line. “It really sets itself apart.”