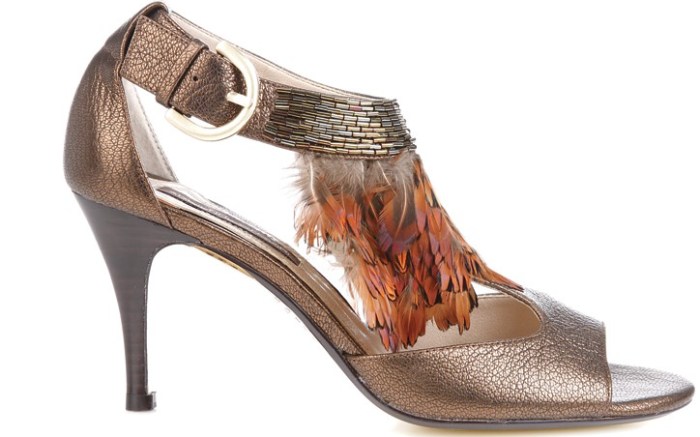 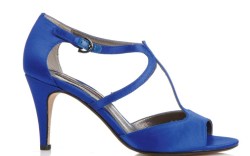 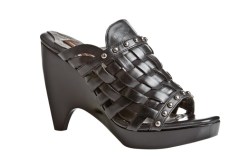 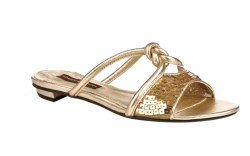 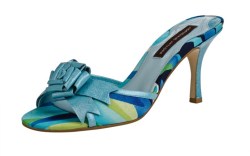 Hoping to relive its successes of the 1980s and 1990s, Adrienne Vittadini is relaunching footwear.

Hungarian-born designer Adrienne Vittadini exited the brand after its peak, and after a few transitions over the decades, it was sold in 2006 to Schottenstein Stores Corp., which also owns DSW. The label was relaunched in fall ’08 with apparel, and jewelry and handbags were added in the seasons since. Now, Adrienne Vittadini is reintroducing footwear for spring ’10 with licensee Will-Rich Shoe Co.

The collection features feather details, exotic skins, sequins, patterns and bright colors, and will debut with 40 styles, including sandals and pumps. Retailing for $69 to $99, the footwear line is targeted to women in their mid-30s and older.

“There is an opportunity to put fashion out there for a consumer who is a little more mature,” said Mary Gleason, president of Adrienne Vittadini. “There are a

million brands serving the younger contemporary customer, and there don’t seem to be as many servicing an [older customer].”

Set for a February delivery, the line is expected to be in about 500 doors, with a strong focus on department stores already carrying Adrienne Vittadini clothing, as well as select independent boutiques.

“Recently, there have been a lot of renaissances of older brands that came back and positioned themselves in the right way,” said Rich Brandt, president and CEO of Will-Rich. “We have a recognizable brand that had a very upscale image, which gives us a great opportunity.”