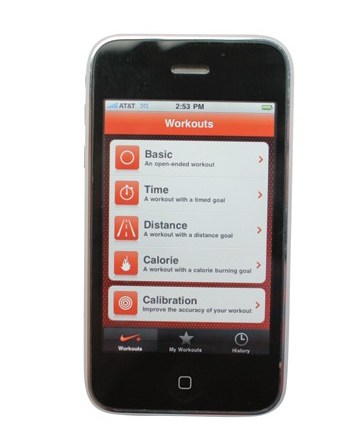 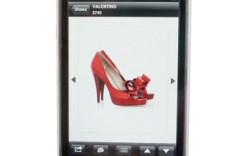 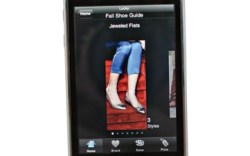 NEW YORK — Fashion and footwear firms are increasingly tapping into the growing mobile phone market, but it’s still too early to tell whether these new digital ventures will ring up sales.

Zappos.com, Sears and Foot Locker have already begun taking advantage of the new marketplace with mobile commerce (or m-commerce) sites and mobile-friendly versions of their own sites.

“The penetration of people using mobile is growing, so we’ve got to integrate that in a unique way,” said Tom Aiello, VP of public relations for Sears Holding Corp., which launched its Sears2go m-commerce program last November.

According to a recent study by Forrester Research Inc., 52 percent of U.S. online shoppers have a phone that is Web-enabled, though only 14 percent of that group actually used the phone to make a purchase.

However, Apple’s iPhone has introduced a new way to utilize the handheld device, with slick applications that can be downloaded for free, or for a small fee, from an online store and can do just about anything.

The Apple Store alone offers 50,000 different applications, and other mobile developers, including BlackBerry, Nokia, Palm USA, Google and Sony Ericksson are also rolling out devices and stores to meet the app demand.

In addition to being popular gadgets, applications could provide the stepping stones to online sales, according to observers. Andrew Lipsman, director of industry analysis at ComScore Inc., explained that most mobile sites are clunky and unreliable because they are adapted from the Web, but apps are built specifically for the phone, so they are easier to use and can accommodate higher-quality images — an especially important feature for fashion brands. “They actually do prompt transactions,” he said.

While apps serve a variety of functions, some are more closely linked to e-commerce than others.

Net-a-Porter jumped to the small screen in early July with a free mobile application, called Net App, that offers shoppers access to all its high-end products from any location. “We’ve always been about customer service and making shopping easy,” said Alison Loehnis, VP of sales and marketing for Net-a-Porter. “We knew our customers are busy and that time is a luxury, so we thought, what if we can allow them to shop at the airport or from the backseat of a cab?”

In addition to the site’s merchandise, the app also features content from Net-a-Porter’s weekly online magazine and its popular wish list functionality. In the first week, 20,000 people downloaded the program, according to Loehnis.

And though sales projections are modest for the app, Loehnis said she sees it as a complement to the site’s online presence and forthcoming m-commerce site. “For us, it’s a service vehicle and a sales driver,” she said.

Meanwhile, Lucky magazine’s iPhone application is bridging the gap between virtual and real-world shopping. (Lucky and Footwear News are both owned by Condé Nast Publications.) The application was created with Internet firm NearbyNow Inc., which collects inventory from brick-and-mortar stores to help shoppers find a specific item in their size at local shops either via the Web or by phone.

Each month, the app features Lucky’s shoe picks and offers users the chance to purchase them online or find them at a local store. Scott Dunlap, CEO and founder of NearbyNow, said that 17 times more people choose to buy in-store.

And so far, Dunlap said, the pickup and purchase rates are strong. In fact, the program’s sales conversion rate is about three times as high as most Internet commerce sites. “Of all the shoppers that are coming from an iPhone, 5 to 6 percent are coming into stores to purchase. Whereas in the Web world, a conversion rate of 1 to 2 percent is considered good.”

NearbyNow expanded on its model this month with a similar app for Runner’s World, which features athletic shoes and is sponsored by Nike.

But those companies aren’t alone in the Apple application landscape. Several other footwear brands have created programs for the iPhone, including Vans, REI, Ralph Lauren, Elie Tahari, Donna Karan and others. There are also dozens of unbranded apps, including the popular iShoes and Stylish Girl.

Elie Tahari’s free app, launched this month, displays images from its runway shows and allows users to purchase the looks online. Polo Ralph Lauren has had a similar program since February, and with each subsequent runway season, the fashion house said it plans to roll out new video, photos and behind-the-scenes content from its shows.

But for many companies, mobile programs spread the word about their brand in more subtle ways, functioning as a marketing tool rather than a sales tool.

For instance Nike’s Women’s Training Club app, which debuted in January, lets users create a customized workout, access training videos and compete against friends and fellow users. Stefan Olander, global director of brand connections at Beaverton, Ore.-based Nike Inc., estimated that as of early July, the app had been downloaded at least 230,000 times since its launch. “That has been a tremendous success for us,” he said. “[Our goal was to] create an application for women that gets them moving.”

Nike has been on the mobile bandwagon for some time. It first began partnering with Apple in 2006 to develop the Nike+ program, which linked microchips in the sneakers to the tech company’s MP3 players. Now, the athletic giant has expanded on that initiative, putting a Nike+ app in every new iPhone and iTouch as a standard feature. And a new iteration of the program, rolled out early last month, connects with social sites such as Twitter and Facebook.

“We are incredibly passionate about understanding our consumers and athletes and how they live their lives,” said Olander. “If you conduct business that way, it’s inevitable that you’ll see the incredible importance of mobile in everyone’s lives.”

Being in the mobile world is especially important for companies that are focused on the youth market, Olander added, because mobile phones are at the center of the youth lifestyle.

Executives at Vans agreed. The skate brand, owned by VF Corp., has had a presence in the Apple Store for some time with its podcast series. “The way we approach our marketing, we try to be at the forefront. That’s really important to teens and even twentysomethings,” said senior communications manager Chris Overholser. “We’re constantly looking to add more touch points with our customers.”

To boost its tech presence, it posted a gaming app in April called Vans Sk8 Pool Service, built in conjunction with developer Fuel Industries Inc. “We thought there was a void for a skateboard app on the iPhone,” said Dan Maiman, interactive marketing manager at Vans. “This was the perfect way for us to connect with the Vans loyalists. We could lend our brand authenticity to the project by incorporating our athletes.”

The game, which sells for $2.99 in Apple’s App Store, features Vans-sponsored skaters Bucky Lasek and Omar Hassan. An update to the game, coming out for fall, will include new skating environments for gamers. In addition, the brand has a Warped Tour Survival Guide app for its summer concert series and is working on a partnership with AT&T to deliver Warped Tour updates to fans via their phones.

While Vans expects to eventually debut games for other mobile devices, Overholser said the iPhone is still its priority. “It has the most applications and has been the most heavily adopted [device] by the Vans customer,” he said.

Indeed, the iPhone remains the 800-pound gorilla in the mobile marketplace. According to NearbyNow’s Dunlap, Apple is selling 1 million to 2 million iPhone and iTouch devices per month. And the company’s audience is ideal for retailers, he added. “In just about all the stats we see, iPhone users have 40 percent higher discretionary income, and [they’re more] fashion-forward,” he said. “They like the new things and the hot things.”

They’re also more likely to use their iPhone for personal use, he explained, while most BlackBerry users say their phone is only for business.

Still, with more than 50,000 applications out there (on the Apple site alone), it’s tough to compete for attention.

For Vans and Nike, their longstanding relationships with Apple have helped draw attention to their products.

Others, though, have needed more marketing help. Dunlap said Lucky promotes its app in the magazine, and usage picks up each time it is mentioned. Ralph Lauren touts its application on its Website, while Net-a-Porter fêted its mobile debut on July 14 with a fireside chat between site founder Natalie Massenet and fashion designer Roland Mouret at the Apple Store in London.

In addition, a few key features can help guarantee success, said Dunlap. “People expect video and to be notified when there’s something new in the app, and they expect for it to geolocate,” he said. Consumers also are more likely to download a free application and tend to be more critical of programs they have to buy. “With retailers, I tell them, [if you’re going to charge a fee] you have to make sure that when they open that app, there’s something that makes it worth the money.”