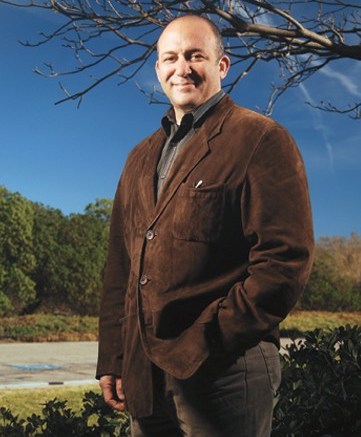 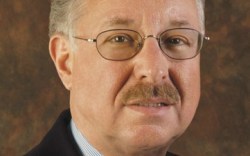 LOS ANGELES — Even as the economy shows the first signs of bottoming out, most footwear vendors say the recovery will be long, sluggish and have lasting effects on the industry.

“This has been a wakeup call to the fundamental business models that had been in play,” said Angel Martinez, president and CEO of Goleta, Calif.-based Deckers Outdoor Corp. “Buying huge amounts of inventory up front and putting it out there, knowing that there would be markdowns in the end, and figuring that into an aggregate profit, is done. That’s now unsustainable.”

Martinez said that for years the footwear market was unnaturally active, fueled by credit-card spending and money from home equity loans. As a result, the market grew at an artificial, unsustainable rate. “That’s all gone away, and it’s not coming back,” he said. “We’re going back to a more natural size. This is a weeding out of consumer markets at the expense of peripheral brands and brands with poor quality and value.”

Likewise, Jerry Turner, chairman and CEO of Aliso Viejo, Calif.-based American Sporting Goods, said the slow recovery would be the new reality for manufacturers and retailers of all stripes. “There was so much false spending going on out there, with consumers using credit cards and borrowing on their homes, that there is no recovery from that. It was false. There’s no going back to that,” he said. “So there will be less business out there … and it will take strong discipline on the part of anyone in business to grow profitably.”

Still, he said, the company had been forced to prioritize its investment spending. For example, in the Wolverine brand business, spending has been focused on lifestyle positioning, while the company’s core workboot business is centered on new technologies such as its Contour Welt construction. “We’re identifying our key growth initiatives and those that take priority and saying, ‘Here’s where we’re going to invest our resources,’” he said. “It’s not broad-based funding. We’re pretty prudent in the way we spend our funds.”

The “new normal,” as some have termed the current economy, has prompted Glendale, Wis.-based Weyco Group’s Florsheim brand to play to its strengths, shifting inventory deeper for core shoes and away from specialty items.

“We used to be a little more aggressive with seasonal shoes,” said Tom Florsheim, Weyco chairman and CEO. “Now we’re about stocking inventory on our core shoes. [But] we’re really built for tough times. We run a very lean company.”

Florsheim said that since the company does not have any debt, it has been able to pursue objectives put in place before the recession, such as an expanded design department. “We’re staying on course in terms of our long-term strategic goals,” he said.

Westlake Village, Calif.-based K-Swiss expects another lasting effect of the recession could be a prolonged consumer focus on value, whether that means a lower price or a higher perceived merit. “That means you have to run your business very lean and tight forever,” said K-Swiss CEO Steven Nichols. “The recession could end, but I don’t think times are going to be spectacular.”

To energize the value component of the company’s products, Nichols said K-Swiss was making significant investments in research and development and new technologies. “We’re probably putting more money into design and development than we ever have,” he said. “We’re doing things regardless of where the business is now.”

The luxury market, too, is feeling a sea change, as even affluent consumers have become more discriminating in their purchases. Some designers are looking at this as an opportunity to reduce their SKU count, and offering only products that meet their highest design and aesthetic standards.

“We’re spending more time on a particular pattern or material or idea, and putting less [product] out there,” said Frank Zambrelli, co-founder of New York-based Banfi Zambrelli. “The business was fast and furious for so long that we were building very wide collections. Now, instead of 35 patterns, maybe you only need 20.”

Zambrelli said the luxury consumer will still spend, but each item needs to stand on its own apart from the collection. “There were some cases where designs [in the market] were strong, but not masterpieces, so there will be a lot less of that,” he said. “Now it’s about really strong individual pieces and less about collections. If product impresses her, she’s buying it. It’s the B-plus-grade product out there that is suffering.”

In the end, the new reality of a more competitive footwear market with a more discerning consumer is something companies will have to find a way to address — and profitably. “The world is not going to come to an end. This is business,” said Nichols. “Our success or failure is in our hands no matter what happens in the economy.”