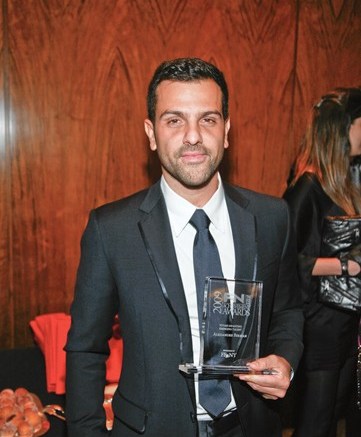 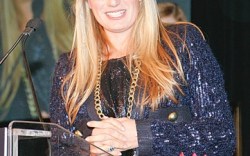 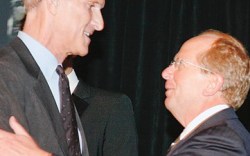 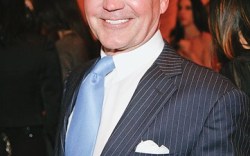 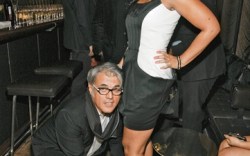 The industry’s biggest power players, along with some of their bold-faced friends, packed the annual Footwear News Achievement Awards, held at the Four Seasons Restaurant last Tuesday. Special guests, from Ashanti to Marc Ecko to model Karen Elson, helped turn up the wattage at this year’s event, which unveiled an evening cocktail format.Ecko helped fête his new boss, Neil Cole, whose Iconix Brand Group Inc. was named Marketer of the Year. Collective Brand Inc.’s Matt Rubel also took the stage to congratulate his team at Sperry Top-Sider for their Brand of the Year award. The audience was entertained by Manolo Blahnik’s sometimes-poignant, sometimes-hilarious video tribute to business partner George Malkemus, who was one of three Hall of Fame inductees. “I wish he was a woman — and a blonde,” Blahnik quipped.  The Florsheim and Duckie Brown crew delivered brief, but heartfelt remarks to accept their Launch of the Year honors, while Gilt Groupe’s Alexis Maybank picked up the E-tailer of the Year award. Dynamic duo Sam and Libby Edelman, who also nabbed Brand of the Year, recieved applause for another milestone: the pair will soon mark their 30th anniversary. The late analyst John Shanley was the second Hall of Fame honoree of the night, and his wife, Pat, told the audience of her husband’s immense passion for his work. Launch of the Year Tabitha Simmons, decked out in a dazzling mini dress, gave props to Bergdorf Goodman for believing in her line. Skechers’ Michael Greenberg called his firm’s Launch of the Year Shape-Ups the “launch of the century,” which had the crowd buzzing. Vivian Infantino Emerging Talent winner Alexandre Birman said the honor was the culmination of a “life devoted to shoes,” while Matt Serra, a longtime industry power player, reminisced about 44 years in retail during his Hall of Fame speech. Ashanti, who sported some fierce Giuseppe Zanotti booties, helped introduce her good friend,  who received Designer of the Year. And finishing out the speeches were Steve Madden, who, sans his signature baseball hat, picked up Company of the Year honors and joked that he wished he had Zanotti’s hair. And then Person of  the Year Tony Hsieh of Zappos.com shared a long, funny story about his firm’s focus on service.