Faces at Shoes on Sale 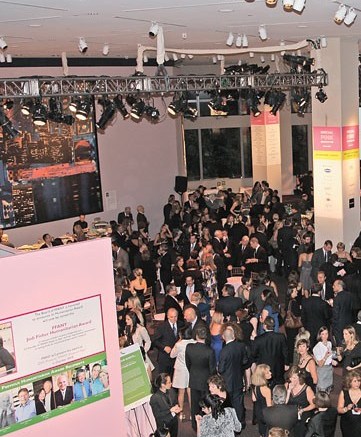 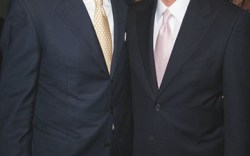 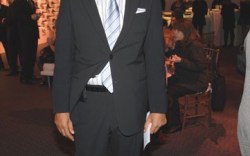 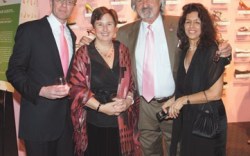 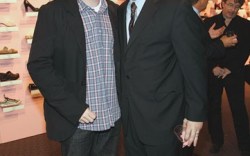 All told, the event, along with the on-air and online shoe sales, raised $4.5 million in gross sales — a small increase over last year — although FFANY President Joe Moore said the net proceeds for breast cancer research would not be tallied for another few months.

Moore said the event got a boost from an appearance by Jessica Simpson, although the star didn’t mingle much with the crowd.

Nevertheless, there was plenty of mingling going on — and many event attendees, including Saks Fifth Avenue’s Ron Frasch and Bloomingdale’s Debbie King, were happy to report that business has been on the upswing in recent weeks.

Nine West’s Fred Allard weighed in on the social networking revolution. He’s a Twitter fan, but with reservations. “I love it, but at the same time, during Fashion’s Night Out, it was a little scary. I had just arrived from Hong Kong, and some people were like, “How was Hong Kong, Fred?”

Other notable names in attendance included Kelly Bensimon, one of Bravo’s “Real Housewives of New York City,” who dished about snagging a pair of plastic heels — a collaboration between Vivienne Westwood and Melissa — in the shoe salon. “I like eye candy,” she said about the pumps, which were embellished with an oversized red heart. “I like looking down at my feet when I’m having a bad day and saying, ‘Ooh!’”

Never one to miss a scene, designer Richie Rich was also in the crowd and was more than happy to talk about his new venture with Pamela Anderson, called A*Muse. “It’s a whole animal-friendly line including shoes,” he said of the collection, which debuted in September during New Zealand Fashion Week.

IMG Worldwide’s Fern Mallis said she was a big fan of the event, which she’s been attending for the past 16 years. “I came with Jodi Fisher in my heart tonight,” said Mallis, who was wearing Tory Burch flats. “[Shoes on Sale] is a win-win. People love shoes, and we’ve got to raise money [for the cause].”

The event was particularly moving for Fisher’s family in attendance, including her father, Nine West co-founder Jerome Fisher. The FFANY Jodi Fisher Humanitarian Award was unveiled during the evening, and FFANY plans to give the award next year.