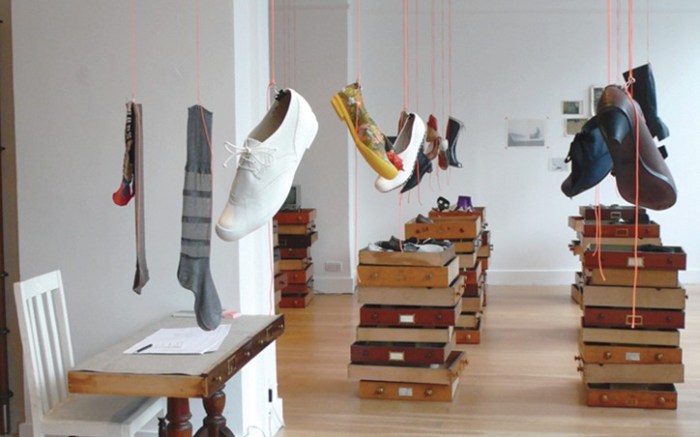 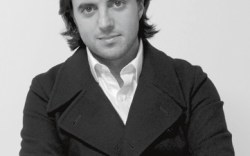 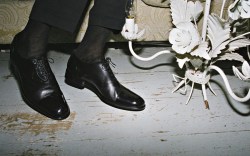 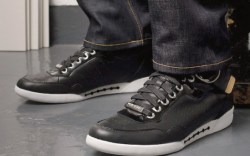 The recession is taking its toll on British retail, and the last weeks have been marked by high-profile store closings. Despite darkening storm clouds, many designers are forging ahead with new launches and retail openings.

Footwear designers are popping up in temporary store locations across Europe. London-based designer

Tracey Neuls opened a 2,100-sq.-ft. temporary space at 1-5 Exhibition Road, steps away from the London runway shows, from Feb. 10 to March 1. After fêting the store with a party prior to the start of London Fashion Week, Neuls (who also has a shop in the city’s Marylebone neighborhood), used the space to showcase her shoes past, present and future — and to conduct appointments. “It’s not free, but the location is fantastic [since] it coincides with London Fashion Week,” said Neuls. Another London-based designer, Rupert Sanderson, is setting up a temporary space in France: Le Bon Marché Rive Gauche in Paris will host an area dedicated to Sanderson’s spring collection. The shop-in-shop will be open for three months, beginning March 5.

A vast swath of British footwear retailing is struggling, and a number of big companies have gone out of business or announced restructuring plans in the last few weeks.

Financial woes at Stylo, the owner of the Barratts and PriceLess chains, resulted in the closure of 220 stores, although part of the business was saved after Chairman Michael Ziff and the Ziff family acquired certain assets on Feb. 19 — a move that will keep 160 stores and 165 shop-in-shops open. “I’m delighted,” said Ziff. “Now the plan is to make money and get on with trading.”

Meanwhile, JJB Sports-owned Original Footwear Co. closed 37 doors, while sister chain Qube shuttered eight doors, together resulting in the loss of 438 jobs. Those closures come on the heels of Baugur Group’s announcement in January that it was putting the 270-door Shoe Studio Group up for sale amid financial turmoil at the Icelandic giant. Kurt Geiger is one company said to be interested in the business.

George Wallace of U.K.-based retail specialist MHE Retail said many shoe retailers have encountered difficulty, in part because apparel retailers such as New Look and Reiss are ramping up their footwear businesses. “It’s a market correction to bring the market back into equilibrium,” he said.

The rocky retail climate also is causing uneasiness for suppliers. “Our wholesale orders remain strong for spring, but people are after discounts, have shifted payment terms and are looking for ways to increase margins,” said Robert Lusk, managing director of Central Trade, the U.K. distributor of Birkenstock, adding that the strength of the euro against the pound is further compounding problems.

Farfetch.com is a new London-based e-commerce venture that showcases product from more than 20 of Europe’s top independent multibrand and footwear boutiques. The “cooperative” was built by 34-year-old José Neves, also the brains behind shoe label Swear and owner of footwear licenses for Surface2Air, Eley Kishimoto and Opening Ceremony. Paris-based shoe store Biondini and Italy’s Maria Luisa and Maison Nipi have signed up for the site so far, and London-based footwear designer Beatrix Ong also plans to sell her line there. The site currently showcases 60 shoe labels, including Alessandro Dell’Acqua, Miu Miu and Lanvin. “We offer a very wide range of products, including clothing, bags, jewelry, sunglasses and lifestyle products,” said Neves. “We envision footwear representing 25 percent to 30 percent of our business in the future.”

Mr. Hare is the brainchild of marketer-turned-entrepreneur Marc Hare, who has gone all black for his first fall ’09 men’s shoe collection. The 38-year-old cites Martin Margiela’s pared-down aesthetic as a key inspiration for the debut line. The collection, which retails from $450, includes oxfords, derbys and ankle boots. Each of the seven styles are named after some of Hare’s favorite authors, including Albert Camus and F. Scott Fitzgerald. So far, the shoes have sold to Oki-ni.com and Supermarket in Amsterdam. Hare is no stranger to the footwear industry. He has worked for brands including Dr. Martens, Sebago and Caterpillar, and was head of marketing for J. Lindberg before leaving to launch his own line.

London-based design consultancy J-Walk, whose clients include Ted Baker, Calvin Klein and Coach, has launched its own line of men’s casuals for fall ’09. The label, called Skive, includes 15 styles and retails from $140 to $220. “We decided to launch Skive because we spotted a niche for quality casual shoes,” said co-founder Joachim Sedelmeier, who created the line with Mark Walker. The Italian-made collection — which gets its name from “skiving,” British slang for sidestepping work, school or life in general — is fashioned from calf, nubuck and snuff suede. The autumnal color palette includes black, brown and gray. Skive features the Duo Vent system, a patented user-activated ventilation system embedded in the sole unit, which claims to provide improved foot hygiene and comfort.