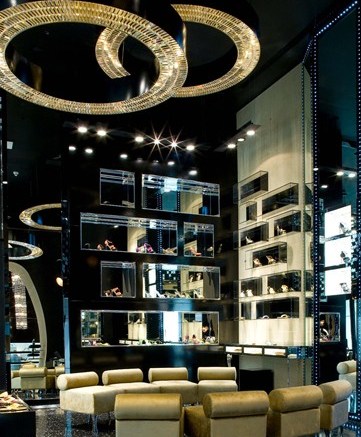 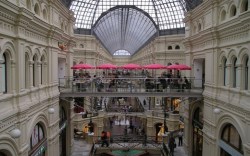 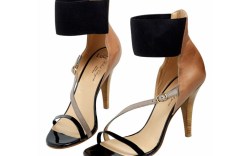 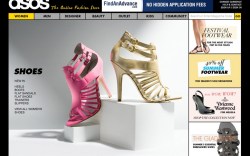 Europeans are exploring new opportunities to build business in a very challenging climate — from the lucrative Russian market to creative collaborations and partnerships.

Breaking New Ground
Gina, the upscale British women’s footwear brand, is marching into the Middle East — and into international retail.

The brand inked a deal in May with Middle East franchisee One of a Kind Ltd. to open its first 1,200-sq.-ft. international flagship in the Dubai Mall in Dubai, United Arab Emirates.

According to director Aydin Kurdash, Gina plans to roll out more stores in that country.

“We are very excited with this partnership,” said Jagdev Singh Gill, CEO of One of a Kind, which has launched labels including Zara, Bebe and Tag Heuer in the market. “Gina offers a dedication to quality, where expertise and exacting detail are seamlessly joined with glamorous and captivating design. The Dubai Mall is the ideal location to launch an international luxury brand to the cosmopolitan mix of discerning, well-traveled, fashionable consumers.”

Russian Roulette
The Russian market is still ripe for retail expansion, according to a recent report published by London-based Verdict Research.

Despite the negative impact of the global recession, the study forecasts long-term growth potential in the market, particularly for mainstream brands and fast-fashion companies. Russia’s retail market has grown by almost 500 percent over the last decade, reaching $451 billion in 2008.

According to Verdict’s Simon Chinn, the famous Moscow department store Gum is bringing in more mainstream fashion brands. On the retail front, H&M opened its first Russian store in Moscow in March, while Inditex, which owns the Zara stores, reported that Russia is one of its fastest-growing markets.

Chinn added that while moderately priced brands and retailers are showing growth, high-end labels have been less successful. To that end, luxe labels including Stella McCartney, Alexander McQueen and Vivienne Westwood have all withdrawn recently from the Russian market. However, Chinn believes that once the economy improves, these labels will return.

So far, Rae Jones, which launched in spring ’09, has found some success. The line is currently available in seven European stores, including NAC in Madrid and Poste Mistress in London.

Jones is now hoping to gain more recognition with her 13-style, spring ’10 collection of flats, sandals and mid-heels at the September edition of Micam in Milan. The shoes, priced from $250 to $450, feature soft pastels and rich mid-tone nappas, as well as natural vegan and tie-dye uppers done with colored elastics.

For the past eight years, Jones, 31, has worked at trend agency WGSN, forecasting footwear and accessories trends. She also has consulted on Mexx accessories since the start of 2009. “Having many years of experience in forecasting trends, I’m well aware that longevity and thoughtful design are what lasts, while flash-in-the-pan trends come and go and are easily forgotten,” said Jones.

Next the designer has her eye on U.S. retailers. “There are so many good boutiques and independents there: Bird in Brooklyn, N.Y., Bulo in San Francisco,” Jones said, adding that she’s also targeting larger retailers such as Bergdorf Goodman and Anthropologie.

Joint Venture
Robert Clergerie has joined forces with Paris-based designer Lutz Huelle. For fall ’09, the companies will debut a boot ($790), shoe ($625) and ankle boot ($685) under the Lutz by Robert Clergerie name. The styles, inspired by the classic derby, will be available at about 50 boutiques that retail the Lutz ready-to-wear collection, including Opening Ceremony in Los Angeles and Ricardo in Boston. Clergerie also will make shoes for the Lutz spring ’10 collection, which will be shown on the Paris runways in October.

On Screen
Asos.com’s 2.4 million shoppers continue to help the e-tailer attract power players. After reporting a whopping 104 percent increase in sales for the 12 months ended March 31, the U.K. site is prepping to launch Gap apparel and footwear in August — an unusual move for Gap Inc.

G-star is another brand launching its men’s and women’s footwear collections on Asos this fall. “It’s the best online retailer in Europe, offering excellent customer service and a good-looking Website,” said Matthew Griffiths, G-star’s international marketing director, who said this was the first time the brand has sold through a Web-only retailer.

Established in June 2000, Asos features more than 800 brands, ranging from mainstream names such as Keds, KG by Kurt Geiger and Sperry Top-Sider, to edgy boutique fare such as Eley Kishimoto and L.A.M.B.