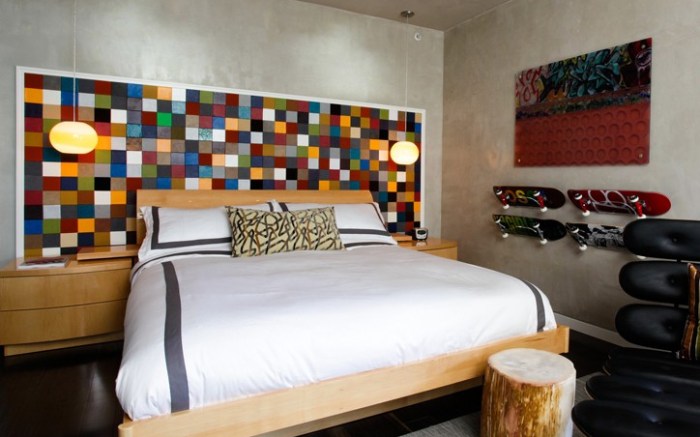 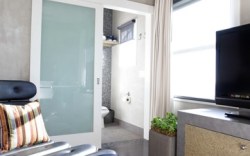 Sole Technology’s Etnies brand has gotten into the hotel game.

Starting today, skate enthusiasts and fans of the Lake Forest, Calif.-based brand will be able to spend the night in a room at Laguna Beach’s tony Casa del Camino hotel that was designed by the Etnies team to reflect the world of skate boarding, as well as the company’s interest in sustainable design.

According to VP of marketing Don Brown, the challenge was to create a sophisticated room that made a statement about Etnies and skateboarding without looking like an ad. “We didn’t want to make it look like a trade show,” Brown told Footwear News. “We focused more on the culture of skateboarding, taking the movement, curves and shapes and injecting that into the design.”

Created as part of a Rivera magazine-sponsored contest, the Etnies suite joins others designed by fellow surf brands Quiksilver, Roxy and Billabong for the Casa Surf project. The Etnies room was created by brand founder Pierre André Senizergues with input from the Etnies team, as well as from design firm Studio Chameleon. The room features many elements that call out the skate influence, including wheel tracks on the ceiling, a mirror framed with skateboard wheels, four skateboards mounted on the wall that guests are encouraged to use, “Go Sk8” artwork in the bathroom and a sink that calls out the shape of the legendary skate spot Chicken’s Pool. The room also features an iPod hookup with music inspired by skating and furniture from Senizergues’ Skate Study House collection. A video game system with skate games is soon to be installed.

But just as important as the skate influences, Brown said, is ensuring that the design had a minimal impact on the environment. LED lighting reduces electricity use by 82 percent, he said, and a dual-flush toilet was not only installed in the room but throughout the hotel at Etnies’ suggestion. “We’re making sure we’re not just preaching [green] but sharing it as well,” Brown said. Paneling in the room is from Forest Stewardship Council-certified woods and the paint is a low-VOC, non-toxic variety. And the sink is constructed of fly ash, a byproduct of coal burning. Most visibly, the bed’s 6-by-11-foot headboard is constructed with scraps of material left from the brand’s research and development process for shoes.

Etnies estimates the total cost of the retrofit to the hotel to be $20,000, although a significant number of pieces and items donated by Etnies and others brings the total value closer to $50,000. Rooms in the project, including the Etnies suite, will cost visitors anywhere between $295 to $495 per night, depending on the season.