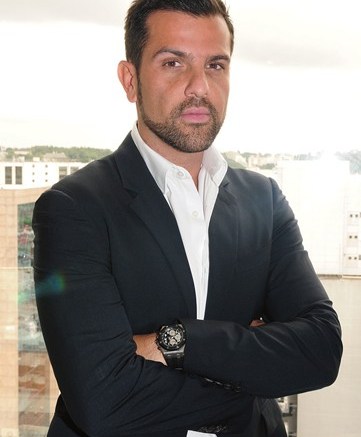 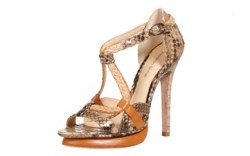 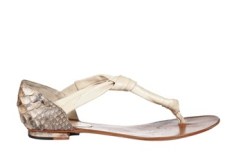 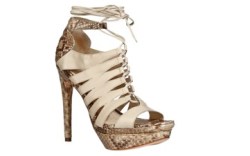 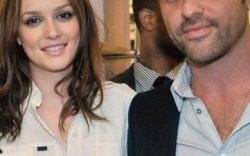 Born and raised in Brazil, Birman, 33, grew up in the shoemaking business. When he was 12, he began working in his father’s factory to learn the tricks of the trade. But rather than follow directly in the footsteps of his family, in 2008, Birman branched out to design his own namesake line with the intention of conquering the American market. And now it looks like he’s poised to do just that.

Already Birman’s high-fashion women’s collection, featuring exotic skins, has been picked up by some of the world’s most prestigious retailers, after debuting in the U.S. market in spring ’08. Landing in doors such as Bergdorf Goodman, Saks Fifth Avenue and Neiman Marcus has been important to building a strong brand image, and Birman’s extensive offerings have enabled buyers to pick up exclusives.

“The fact that we work with exclusive merchandise provides the consumer with the ability to shop in all these stores and still find a different assortment of shoes from our brand,” Birman said.

Indeed, Saks recently picked up 21 exclusive styles to be sold in the Atlanta, Houston, Miami and New York markets. Tracy Margolies, VP and DMM of women’s shoes, said, “We are extremely excited about the launch of our exclusive collection. [Birman] does an incredible job of registering exotics at a more attainable price.”

Birman’s footwear consistently maintains an appealing price point — from $200 to $800 — without losing its luxury aesthetic. With production centered in Brazil, the collection makes use of skins such as python, water-snake and tilapia, as well as handcrafted details including braided trims and carved wooden platforms.

“The Alexandre Birman shoes have a luxury to them,” said Richard Erani, creative director at Chuckies New York. “Mixing exotic skins with suedes in rich colors makes [the collection] look modern, all in beautiful shapes, yet also sexy in a non-typical way.”

Birman realizes he has found a niche. “Our main advantage is that our collection offers great quality and style at very attractive prices,” he said. “We are noticing this new demand for affordable luxury within these difficult economic times and are providing an option to fill the gap.”

Birman’s edgy zip-front python booties for fall ’09 have already captured the hearts of screen starlets. Leighton Meester, star of the CW’s “Gossip Girl,” accompanied the designer to Bergdorf Goodman for Fashion Night Out in New York on Sept. 10, when adoring fans swarmed the duo. “Such a presence drove customers to purchase our products and resulted in an amazing evening for everyone,” recalled Birman.

And name recognition for his brand has certainly taken an even bigger leap since Nov. 2, when Meester’s television character, Blair Waldorf, dropped Birman’s name on the program.

“When I heard that Leighton would mention my name on the show, I could not imagine how [great] it would be,” said Birman. “I am delighted that the ‘Gossip Girl’ team cares so much about our shoes.”

For a young brand in the ultra-competitive high-end market, Birman has made significant moves in the U.S. in 2009. But the designer also is eyeing international expansion, with new wholesale accounts opening in Europe, Asia and Russia in the next year.

“For the first time, we showcased our spring ’10 collection at the Micam shoe show in Milan and we sold it to some great boutiques in Japan, Russia, England and China, including the renowned Harvey Nichols in Hong Kong,” said the designer.

Also in 2010, Birman plans to unveil his first flagship store in São Paolo, Brazil. “We have some projects that we are still working on,” he said, “but mostly, we’re focused on expanding our international distribution to make Alexandre Birman shoes available in the finest stores around the world.”