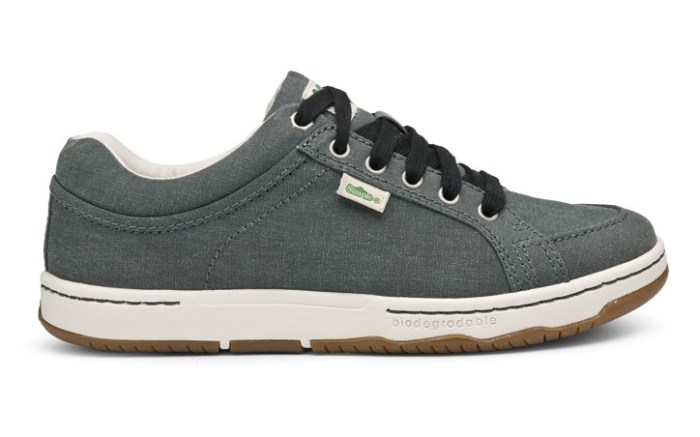 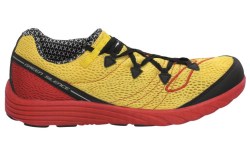 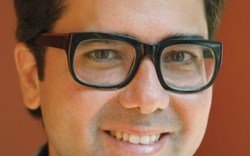 Simple is adding it up.

This spring, the company, a division of Goleta, Calif.-based Deckers Outdoor Corp., will debut its Bio-D collection, a line of flip-flops and sneakers for men and women retailing from $30 to $65. It’s the second line of shoes to incorporate EcoPure, a microbial additive that helps convert EVAs and rubbers into dirt. Brooks made a big splash with EcoPure last fall when it was the first to use it in its Trance running shoe. The Bio-D collection, however, takes biodegradability to a new level, using EcoPure in the shoes’ midsoles and outsoles, and in shoe hangers and bags.

With the EcoPure additive, the outsoles and midsoles of the Bio-D collection will biodegrade in landfill conditions in 20 years — not 1,000.

For Simple, using EcoPure is a way to honor one of the brand’s founding ethos. According to Cielo Rios, product line manager for Simple, the brand’s inaugural Green Toe collection was launched in 2005 with the goal of being completely biodegradable, but the efforts, she said, made for “not the most commercial” shoes. But with the new line, Rios said, Simple believes it can win consumers with a familiar sneaker style, while still pushing the brand’s green message.

“[Bio-D lets us] diversify the look of the line and add more sustainability in an even more commercial way,” she said. “We’re pushing ourselves to show that you don’t have to be pigeonholed into a braided woven sandal to show you care about the environment.”

The style is the first at Brooks to have an element of waste reduction or sustainable technology in every portion, according to Derek Campbell, Brooks’ chief sustainability officer.

Campbell said the company designed the men’s-only style from scratch, giving the design team the opportunity to not just reduce the impact of a heritage model but to start the design process from the beginning and look for ways to reduce waste from the get-go.

Apart from its BioMoGo midsole, Brooks’ Green Silence features a single-piece upper (a first for the brand) made of recycled stretch polyester, an asymmetrical lacing system and recycled PET laces.

All adhesives in the shoe are water-based, while certain steps helped reduced the adhesive use by 38 percent, including stitching on the logo instead of applying it. In addition, the dyes used were all low-heavy-metal inks.

Even the toe and heel counters got the eco treatment: The company sourced a factory in southern China that grinds up old CDs and blends the resulting material into a recycled polycarbonate perfect for adding variable stiffness to the shoe.

But while Brooks is proud of the new shoe’s innovation, Campbell said the $100 style, which will deliver to running shops on Feb. 1, is meant to be judged on its performance merits, letting runners go green whether they know it or not.

“We think of it as ‘silent steps to a greener future,’” he said.

Camper is getting even greener this spring. The Majorca, Spain-based company has pushed its sustainability efforts forward by creating more sustainable versions of two heritage styles.

The Pelotas Bold shoe is built from chrome-free, vegetable-tanned leather, while the insole is made with plastic waste and the outsole is composed of natural rubber and recycled rubber waste. The Peu Cross shoe features recycled PET laces, organic cotton laces and a recyclable sole, and is assembled with water-based solvents.

But according to Camper’s Miguel Fluxa (at left, a member of the founding Fluxa family), being sensitive to the environment is not new for the company.

“We have been very conscious since the beginning: Our first shoe was a recycled shoe,” Fluxa said, referring to the Camaléon style that debuted in 1975, a remake of a 1930s style that used recycled tire treads and canvas.

These days, the company also extends its green philosophy beyond its shoes to its hotel, Casa Camper in Barcelona (with a second location opening Sept. 1, in Berlin), featuring rooftop solar panels and gray-water recycling.

But while Fluxa said Camper’s green efforts are important, they’re not necessarily a sales tool. “I’m not so sure [making green shoes] is going to make you sell more shoes,” he said. “You have to do it because you believe in it.”