Earnings on the Rise 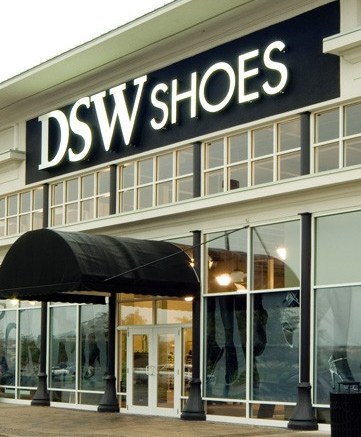 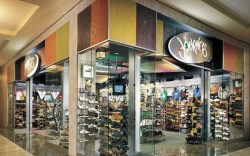 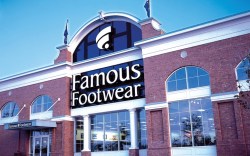 The latest round of quarterly earnings is another promising sign for the footwear market.

Investors, however, beat up shares of Genesco and Brown, which both fell about 8 percent while DSW’s stock soared 11 percent for the day to close at $22.71, a two-year high.

“The big turnaround that we experienced in the third quarter was driven by increased footsteps coming through our doors,” DSW President and CEO Michael MacDonald said on the firm’s quarterly conference call with analysts and investors. He noted there were several reasons consumers increased spending: the cool early fall weather, which helped drive boot sales; the improvement in the financial markets, which he said positively affected consumer sentiment; and the fact that shoes have been mentioned by “some of the multicategory players” as their strongest businesses.

As a result, DSW had “significant regular price sell-throughs throughout the quarter.”

The company said last week that in the third quarter it earned $26.6 million, or 60 cents a share, up from $13.2 million, or 30 cents, a year ago. Analysts were expecting earnings per share of 46 cents. Revenues rose to $444.6 million — versus analyst estimates for $424.6 million — from $391.4 million the prior year. Same-store sales jumped 8.7 percent. DSW subsequently upped its full-year EPS guidance to 90 cents to $1, with an expectation for same-store sales to be up 1 percent. Analysts were expecting 78 cents last week. That compares with a prior outlook for EPS of 70 cents to 80 cents on flat comps.

Said MacDonald: “Our discount pricing structure provides almost irresistible value on an everyday basis. And our assisted open-sell format translates into a very simple, convenient and efficient shopping experience for our customers. It’s a powerful formula that is especially right in today’s environment.”

For Brown Shoe, boots were also a strong trend during the quarter. “At wholesale, we created strong boot offerings to capitalize on the consumer demand for the category, while providing compelling fashion product across all our brands. And we worked diligently with our retail partners to deliver the right product in the right quantities at the right time, resulting in improved sell-throughs, inventory management and ultimately improved margins,” Ron Fromm, chairman and CEO of Brown Shoe, said on the firm’s post-earnings conference call.

The company said third-quarter net earnings came to $16.3 million, or 38 cents a share, versus $10.4 million, or 25 cents, the prior year. The company had previously expected EPS of 36 cents to 37 cents in the most recent quarter. On an adjusted basis, the firm earned 42 cents, beating analysts’ estimates by a penny, but below the prior year’s earnings of 49 cents a share.

Revenues were $625.6 million, down from $631.7 million last year, though ahead of analysts’ estimates for $612.1 million. Famous Footwear sales increased 7 percent to $389.2 million, with same-store sales up 4.7 percent. Athletics drove sales at Famous, and the chain saw double-digit increases in the running and skate categories, with Nike, DC Shoes, Puma and Converse among the top brands.

Though there are signs of improvement in the general retail market, Fromm expressed some hesitation about the state of the economy, citing high unemployment and “an element of uncertainty related to the speed of the economic recovery.”

But Fromm and Diane Sullivan, the firm’s president and COO, said Brown still has the right strategies.

“We anticipate consumer purchasing patterns will be similar to those we saw in the third quarter, with customers shopping close to need and continuing to seek the right value on product that fits the need, but still offers freshness. As such, we’ve ramped up our fourth quarter receipts of key categories and brands. Most notably, boots and wellness products, which we think will be the key drivers to holiday and into spring, led by Skechers Shape-Ups and Reebok EasyTone,” added Sullivan on the call.

The company expects fourth-quarter sales to rise in the low- to mid-single digits, with same-store sales at Famous flat to up in the low single digits.

Shares of Brown closed at $10.47 last Tuesday on the New York Stock Exchange.

Finally, at Genesco, President and CEO Bob Dennis described the back-to-school season as “choppy” and said that while “October showed good signs of continued consumer recovery,” November has so far been weaker than expected. Genesco forecast fourth-quarter comps to be flat to slightly positive and EPS is expected at $1.07 to $1.13, below analysts’ estimates at the time for $1.15.

Dennis said he expects the trend of consumers shopping closer to need to “play in our favor through the holidays.” He projected “a fairly muted consumer recovery tied to slow improvements in unemployment over the course of 2010.”

By division, Journeys Group sales fell to $198 million from $201 million, with comps down 2 percent. At its 55-unit Shi by Journeys division, comps were down 3 percent, and footwear unit comps fell 12.3 percent. Executives added that they do not plan to open more Shi units “until we see more sales momentum.”

The firm, which in early November acquired Sports Fan-Attic, a specialty retailer of licensed apparel accessories and novelties, said its Underground Station division saw revenues fall by $2 million, to $22 million, and that it had a 6 percent decrease in comps. The division will continue to close weak stores.

Johnston & Murphy sales fell to $40 million from $42 million, while revenues in Genesco’s licensed brands division, which includes Dockers, fell to $24 million from $30 million. Genesco said it recently launched a line of shoes under the brand Joe by Joseph Aboud, to be distributed exclusively at JCPenney.