Designer of the Year: Giuseppe Zanotti 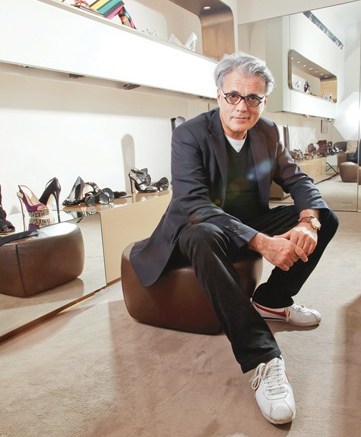 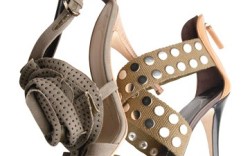 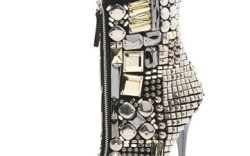 It’s no secret that many women across the globe lust after Giuseppe Zanotti’s creations. His shoes — as well as the charming Italian designer himself — have inspired a star-studded celebrity following that includes Rihanna, Madonna, Heidi Klum, Sarah Jessica Parker, Blake Lively and Miley Cyrus.

“To know Giuseppe is to love Giuseppe. [His] designs fan the flames of shoe desire,” said Linda Fargo, SVP of fashion and store presentation at Bergdorf Goodman. “To know his shoes is to fall in love over and over again.”

But this year has been especially significant for the 52-year-old Milan-based designer and his company, Vicini SpA. In addition to unveiling the largest collection ever for his eponymous line (for spring ’10), Zanotti also created some of the most buzz-worthy styles of the year for his luxury licensees: Balmain, Proenza Schouler and, the most recent addition, Thakoon.

As for his greatest achievement in 2009, the designer reflected, “We’ve survived a global crisis that has affected all products in all markets. The first part of the year has put our tenacity and self-control to the test, and we’ve matured a lot. We’ve understood how fragile this system is and how things can change suddenly. We’ve understood the importance of being flexible, and [we are] always ready to respond quickly to new and unexpected scenarios. We have clearer ideas now and a renovated sense of reality.”

While Zanotti acknowledged that his business saw a dip in revenues during the challenging year, he said it is still on track to harness sales of close to 70 million euros ($104.8 million at current exchange) for 2009. And after 15 years in the shoe business, the designer’s retail presence swelled to more than 1,000 doors worldwide this year and continued to boast some of the most prestigious U.S. retailers, including Bergdorf Goodman, Neiman Marcus, Barneys New York, Saks Fifth Avenue and Bloomingdale’s.

“Not only are they beautifully well-crafted shoes,” Fargo said, “but they are completely memorable. Clients actually have buyer’s remorse for the styles they didn’t buy.”

According to Ken Downing, SVP and fashion director at Neiman Marcus, Zanotti is among the best at creating a fantasy through his shoes. “The exuberance and lavish whims of Giuseppe Zanotti have made him a favorite of our customers,” he said. “From his zipper-detailed, 1980s-fueled rock ’n’ roll styles to the glamour of jewels for evening, Giuseppe keeps our customers in love and in step with his fantasy.”

A veteran of many Fashion Week collaborations, Zanotti has seen his shoes on numerous catwalks, including the Victoria’s Secret Fashion Show, which airs globally Dec. 1. Zanotti designed special-edition shoes that are an extension of his spring ’10 collection, with slight adjustments to the heel heights to ratchet up the sex appeal.

“Victoria’s Secret is much more than fashion; it’s a spectacular event that amazes young girls, women and men alike,” said Zanotti. “To me, making the shoes for the show has been a privilege, even though it hasn’t been easy. We’ve worked with the stylist to adapt our shoes to the specific needs of the show.”

Limited-edition runs have further amped up the designer’s desirability. He continues to introduce one exclusive style each December for the holiday season. This year, he’s offering only 100 pairs of a rock ’n’ roll, mid-calf boot featuring all-over studs and metal plating. And, as is his custom, they will be sold solely at Giuseppe Zanotti Design boutiques.

Despite his success this year, Zanotti remains aware that navigating 2010 will require significant business acumen.

“After the panic generated by the global market crisis [over the past months], next year will be characterized by a new business model — more down-to-earth and focused on our most precious resource: our creativity,” he said. “In 2010, I want to lay down the basis for a new path. … I won’t trash everything, but many things have changed, and there’s a true call for change. I feel it. Also, nature has taught us that you can’t go beyond certain limits. We need to be more reasonable and rational.”

Plans are in the works for six new stores in the coming year, across the U.S., Europe, Asia and the Middle East. Those, in addition to the five he opened in 2009, in Cannes, France; Moscow; Singapore; and Paris, will bring his total to 61. He also intends to double his store count in Hong Kong and Shanghai, as well as build a boutique at the Bloomingdale’s in the Dubai Mall, giving him his fourth location in Dubai.

And his vision beyond the next year? “Hard and honest work for consistent growth,” Zanotti said. “No games, no diplomacy, no uncertainties — just me and my shoes.”