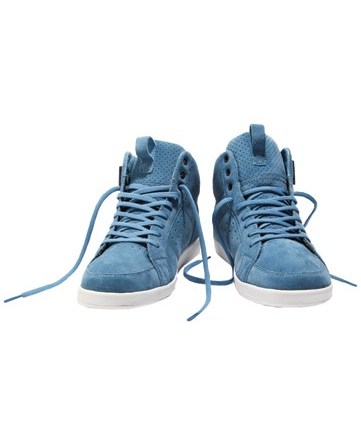 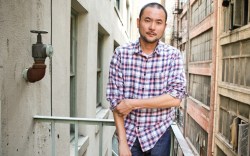 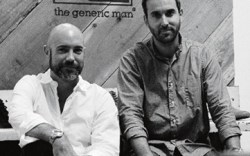 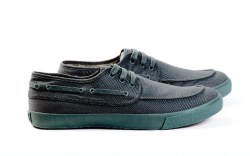 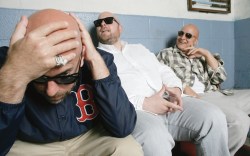 Background: Choi, who grew up in New York during the birth of sneaker culture, worked on apparel and footwear for Triple Five Soul and PNB Nation in the city before moving to San Diego in 1997 to design sneakers for DC Shoes. In 2001, he joined skate company Podium as footwear director for the launch of its Lakai brand in exchange for its help in developing Clae. Sales of Clae were encouraging, but Podium’s skate distribution connections were not a perfect fit for the sneakers. The brand went on hiatus in 2004 while Choi (below) freelanced for DC and then headed to Skechers to run its Ecko and Zoo York footwear divisions. In fall ’07, with new private financing through a partnership, Choi relaunched the Clae brand.

Motivation to start the line: “Clae was born because there weren’t shoes in the market that fit my needs or my peers’ needs,” Choi said. “As you grow up, it’s hard to wear sneakers for every occasion. We’re just trying to bridge sneakers and shoes.”

Inspiration: “Growing up in New York really shaped me in a way no other education could have done.”

Signature style: The Russell high-top (below). “It gives younger customers the sophistication, but older customers don’t feel juvenile [in it].”

The Clae customer: Although the core customer is in his mid-20s to mid-30s, “we’re inclusive. It’s anybody from a 17-year-old to 60-year-old man. The silhouettes are really understated.”

Design brief: “Clean lines and less is more, but special enough to stand out. That’s the tightrope I’m trying to walk.”

Background: Carney designed and ran Generic Costume, a New York-based apparel label, from 1997 to 2001. Day, a former photographer, operated a catalog business in Los Angeles with customers including American Apparel. When Carney moved to Los Angeles in 2006 to take a design job, the two met and founded The Generic Man, a higher-end men’s dress shoe line, in fall ’07. Shortly after, the pair decided to make a lower-priced line of sneakers inspired by Army-Navy surplus and other vintage styles, and called it Generic Surplus.

Motivation to start the line: “The economy was a big factor,” said Carney (above, right). “We wanted to make something that was accessible to more people, with the same kind of utilitarian, minimally designed shoes at good price points for the quality.”

Inspiration: “We take inspiration from military surplus, vintage tennis shoes and vintage workboots — anything that’s a staple for men — and do a twist on it,” Carney said. “I’ve been collecting vintage clothing for a really long time, I go to flea markets, I go to Europe. I also feel like a big inspiration was our friends: they asked, ‘How come I can’t find a good shoe?’”

Signature style: The boat shoe (above), done in gray with gray laces and a gray sole. “[It’s] a boat shoe without the boat sole,” said Day (above, left).

The Generic Surplus customer: “At our pop-up store, you see 50-year-old men with three boxes of shoes as well as indie-type kids,” Carney said. “[The line is for guys] who maybe don’t want to match their shoes to their shirt, who don’t want to have the logo. People are moving to something a little more modern, classic.”

Design brief: “It’s a case study in adultism, moving past streetwear and surfwear and growing up a little,” Carney said.

Background: Buscemi (below, middle) formerly served as global product director for men’s footwear at DC Shoes; Johnsen (below, right) was a buyer for L.A.’s Union shop and a designer for Stussy and Supreme, as well as his own brand, Situationormal. Lucci (below, left) served as head buyer and fashion consultant for men’s apparel, footwear and accessories at Fred Segal and was VP of Zoo York. He currently serves as a design and marketing consultant for Adidas Global.

Motivation to start the line: “What’s important to us is the hybridizing of things we grew up with,” Lucci said.

Inspiration: A late-night conversation between Buscemi and Johnsen planted the seeds for Gourmet. “I told Greg I had these ideas to do a brand about food — everything about food — and he said he’d been talking to Greg [Lucci] about doing an Italian-American-inspired brand, and I thought, ‘Wow, we’re on the same page.’ Later, we all met in New York — in November or October of 2005 — and we hit it off: same history, same background [with respect to] the East Coast, the music, the culture. Everything was connected,” Buscemi said.

Signature styles: The brand made a splash when it debuted its Cease and Desisto collection — the Jordan XI and VII silhouettes rendered in solid-colored canvas.

The Gourmet customer: “[For each shoe], there’s a certain group that it appeals to,” Johnsen said, noting that the brand’s athletic styles appeal to younger guys. “The stripped-down stuff and the [styles in the] more refined fabrics, our dads wear them,” Lucci added.

Design brief: “We take inspired American classics and refine them to be more trend-driven or timely, and we import fabrics and add a luxury element to the shoes,” said Lucci.