Design Teams in the House 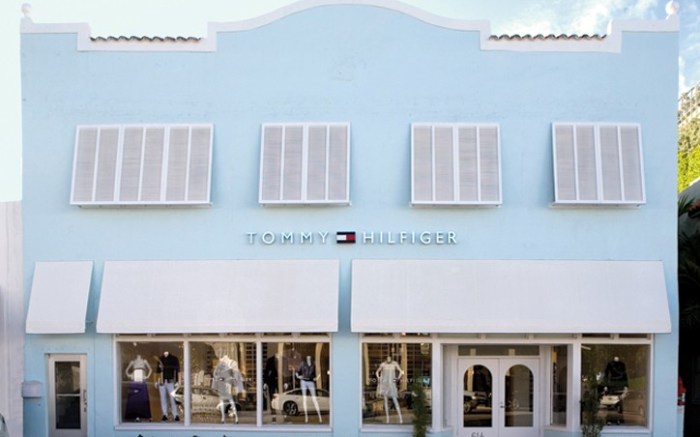 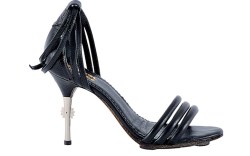 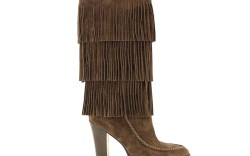 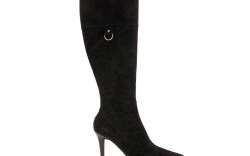 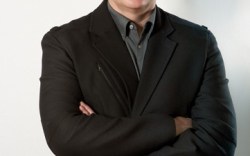 Major brand names are increasingly nixing their licensing deals in favor of in-house design teams — a move that is opening up new selling opportunities and making footwear a bigger piece of the fashion strategy.

It’s no industry secret that many successful brands enlist licensees to handle most of their footwear business. But in a recent trend, a number of big brands have taken control over their labels and brought footwear design back in-house. It can be a risky move for some, given the engineering and production complexity of footwear, but for many companies, the benefits of hands-on control outweigh the challenges.

Italian fashion house Diesel opted to take over its footwear design because it wanted to keep the brand’s DNA consistent through all its products. “Footwear is one of our fastest growing categories,” said Steve Birkhold, CEO of Diesel USA. “The decision to bring it in-house was about representation and control of the brand for our key customers.”

In October 2007, Diesel USA cut ties with its footwear partner, Global Brand Marketing Inc., after 10 years together. While litigation still surrounds the split, Birkhold said the transition to in-house wholesale was seamless. “Globally, the U.S. was the last piece of the puzzle still in the [outside] distribution model. Diesel had already established the infrastructure and the expertise to handle that part of the business.”

Danny Schwartz, president and CEO of Schwartz & Benjamin, which produces footwear for Kate Spade, Diane von Furstenberg and 7 for All Mankind, said the decision to bring footwear in-house or license the name to a footwear specialist is largely a matter of experience. For companies that know how to run a footwear division, or are willing to learn, the in-house model makes sense. In other cases, where executives may have other goals in mind, a licensing model is a better fit. “Typically, brands see footwear production, marketing, sourcing and sales as a core competency or as something they know nothing about and don’t want to get involved in,” he said.

For example, when Gucci Group acquired YSL in 1999, Schwartz & Benjamin held the license for women’s footwear in the Western Hemisphere. But Gucci’s production capabilities made the need for a shoe license moot. “Footwear was and is a core competency for Gucci, as they originated in accessories,” said Schwartz. “They didn’t need a shoe expert, so there was a negotiation and they eventually took back their license.”

But for Birkhold, vision sometimes trumps handson footwear experience. “A lot of times, the focus is on selling the most commercial products at the highest profit as quickly as possible,” he said. “For us, the mentality is how to grow this business over time and develop it, and not just worry about volume numbers from the beginning.”

Also, having a separate licensee with a separate showroom can sometimes water down a label’s impact.

Birkhold said Diesel’s distinctive style plays better with retail buyers in a cohesive multicategory showroom. “Something that might not have made sense on a white shelf in a footwear showroom makes more sense when it relates back to the apparel that’s merchandised around it,” he explained. Diesel now showcases footwear product in multiple locations to maximize opportunities.

Birkhold added that bringing footwear in-house also enabled the company to plan for the long term and in tandem with its apparel line’s evolution. “We know where we want to take the business, and we’re going to walk there instead of run there,” he said. While sneakers continue to be the company’s dominant seller, the hybrid-
dress and dress categories are catching up fast. And in-house freedom has facilitated the launch of upmarket footwear under the brand’s premium label, Diesel Black Gold. “Now, constraints on certain price points are not as huge. We are able to do even better quality and more innovation.”

Diesel’s retail stores also come into play, now that execs can use their own stores as a “proving ground” for riskier products before introducing them to wholesale channels. “Our retail assortment is not driven off what a distributor wants; it’s driven off what’s right for Diesel,” Birkhold said.

Anne Marino, president of Tommy Hilfiger licensing, cited “potential global economies of scale and further brand alignment” as motivation for moving in-house. “We are in a better position to manage our design and development calendar across classifications,” she said. Tommy Hilfiger brought over several members of the licensing staff. Marino said she felt fortunate to be transitioning from an existing business, rather than “managing a complete startup.”

Indeed, most companies that move their footwear in-house are not completely new to the game.

When Michael Kors announced the end of its long-term relationship with Schwartz & Benjamin in November, CEO John Idol said the company’s history of producing a portion of the Michael by Michael Kors line prepped them for the switch and gave them the experience to manage the full footwear collection. “We [already] had the expertise, management and design resources to do this, so it made sense to work with our own team,” he told Footwear News in a November interview. When the contract ends this June, the company will move all footwear manufacturing for Kors Michael Kors and Michael by Michael Kors in-house, Milan-based Iris SpA will produce high-end product for the Michael Kors Collection.

Idol said the decision to go in-house would support the company’s international retail initiatives, as well as cement its status in the luxe market. “Most luxury goods companies handle their manufacturing in-house,” Idol said, adding that the company now produces all its branded products, with the exception of fragrance and eyewear.

Part of the drive to resume control over all product categories directly relates to Kors’ branded retail plans. “When you have your own store, you want to control things in-house,” said Idol. In addition to its own shops, the company expects to grow distribution for the Kors line in specialty boutiques such as Scoop and Intermix. In addition, new footwear showrooms are slated to bow soon in Milan.

While Diesel, Hilfiger and Michael Kors are relatively new converts to the in-house model, recent precedents show they could be on a very profitable path.

Ralph Lauren, for example, has proven that integrated design teams can open new opportunities. Since bringing its footwear design back in-house in 2005, the company has found huge success and changed the way it approaches retailers.

“Being in-house allows us to create synergy with the base brand,” said Joel Oblonsky, president of footwear for the Lauren, Chaps and Polo Ralph Lauren brands. “We can now talk to the customer from a branding perspective, as opposed to an item-by-item perspective.”

Prior to 2005, Lauren footwear was licensed to Reebok. Since the termination of that license, Lauren has dramatically expanded its footwear offering and added categories that, under Reebok, would have been difficult to develop. “[Under Reebok] it was a niche brand of primarily tailored styles,” said Oblonsky. “We are still in a tailored business — because that is appropriate for us — but now we are also in boot, dress shoe, athleisure, active and casual businesses that we were never in before.”

But taking over a footwear operation on that scale is not for the faint of heart, and it requires a tremendous amount of attention to detail. When Oblonsky began overseeing footwear production and design, he made certain that each step of the processes was explored. “We modernized the footwear sourcing, restructured the planning operations, then became more assertive in working closely with our retail partners specific to our category,” he said.

That attention to detail, along with tight coordination with the company’s apparel designers, opened the door for Oblonsky to significantly boost sales. In 2008, Ralph Lauren increased its account base by 91 percent and grew sales in department stores by 165 percent. “It’s about appealing to the Lauren enthusiast and filling her wardrobe with [all categories of] footwear that is synergistically tied to her apparel wardrobe,” Oblonsky said, adding that seasonal shoes have been a particularly lucrative opportunity. “Our boot penetration in Lauren has dramatically increased in the high double digits — it’s proof positive that our strategy appears to be working.”

But a do-it-yourself approach to footwear is by no means foolproof.

Stanley Eisenman of Stanley Eisenman Fine Shoes in Fort Worth, Texas, offered a cautionary tale for those companies considering bringing their footwear business in-house. “When Jones Apparel Group took over Anne Klein from Schwartz & Benjamin, the transition was not good,” he recalled. “The quality and availability of sizes dissipated. It was under the umbrella of a conglomerate, and I don’t think it got the attention or focus it needed.”

Diesel’s Birkhold agreed that an in-house footwear program is not for everyone. “For a single-category apparel brand that licenses their name, they are probably better off leaving footwear to the experts,” he said. “[And] there’s an up-front investment needed to build the infrastructure.”

Moreover, the licensing model may be the best growth opportunity for some brands.

“If you have constructive, high-quality business partners in a license, not only can you have a great relationship with them but you can really help each other,” said Larry Tarica, president and COO of Jimlar, which holds the license for Coach and Calvin Klein footwear. “We have gotten a tremendous amount out of these relationships. We feel, [for example], like our company is a part of Coach, and that Coach is a part of us.”