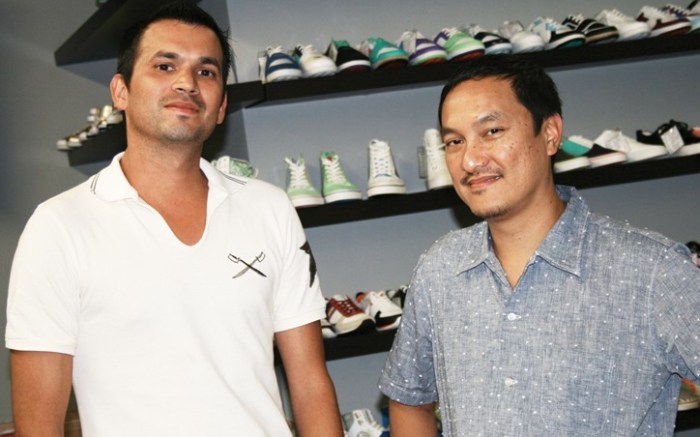 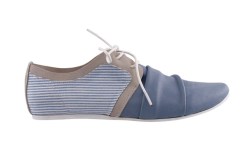 NEW YORK — Creative Recreation is banking on line extensions and a push into the women’s market to fuel growth.

The six-year-old, Los Angeles-based brand, best known for its colorful and highly imitated sneakers, is expanding its collection into several new areas for spring ’10.

“In the beginning, our focus was something athletic-inspired that you could still wear to work or to get into a club, but we [always] wanted it to be a footwear brand that had all aspects,” said Creative Recreation co-founder Richard Cofinco.

To that end, for spring ’10 the brand will offer four distinct categories, including two new launches: Select, a casual line of brown-shoe-inspired styles for men and women retailing for $150 to $225; and Essentials, a line of vulcanized canvas looks for men and women, selling for $60 to $80.

The women’s Select line marks the first time Creative Recreation has had a dedicated women’s designer and styles such as wedges and sandals.

Rounding out the mix are two existing segments: Choice, which will house the brand’s current $85-to-$120 sneaker and athletic-inspired styles; and Collection, a line of Italian-made, leather-sole shoes and high-end leather sneakers priced at $300 to $450, which counts Barneys and Steven Alan in New York as retailers.

The company is relying on the new strategy for future sales growth, even in these tough economic conditions.

“In the last four years, we’ve probably doubled our business each year,” said Michael Jonte, VP of Creative Recreation. “Obviously, we’re not looking to double our business this year, [but] we think we’re going to sustain and come out of it pretty well.”

The company, which has 250 global accounts, hopes to add more business within those retailers, as well as attract more women’s-specific boutiques to make up for stores that have closed.

“I don’t see [our door counts] getting bigger again,” Jonte said. “We have a lot of work to do within our exisiting customer base.”

In the last year, Creative Recreation has taken other steps to diversify and restructure.

Starting with the fall ’09 season, the company ended its relationship with its East Coast distributor, The Foundation, and took the entire U.S. business in-house.

And in January, it opened a New York press office and showroom in the Soho area to build relationships with key magazine editors and East Coast clients.

Retailers are bullish on the brand’s expansion efforts.

“We’re 100 percent on board,” said Farshad Arshid, owner of the two Standard sneaker shops in Atlanta. “[Creative Recreation] is absolutely one of the best footwear brands out there.”

Arshid explained that the strength of the brand made trying out the co-ed Select line a given. “They’ve been able to create a certain demand for their product, and even as they’ve [grown], they haven’t watered down their design and their quality. The demand is just getting bigger and bigger.”