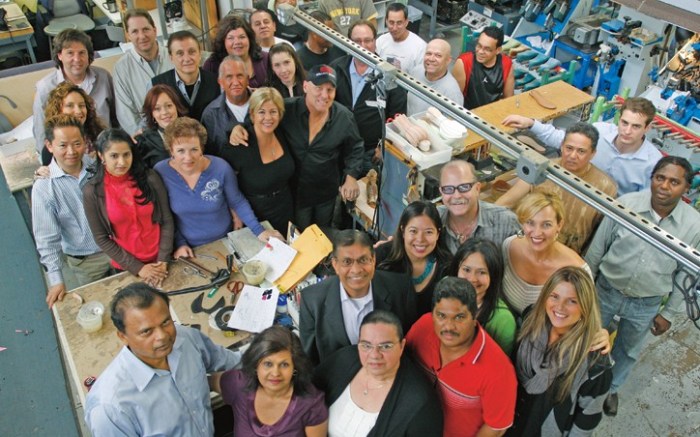 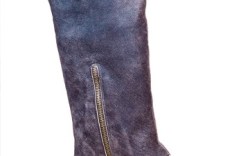 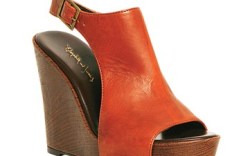 Steve Madden is a bulldog in business, and it shows.

While many companies struggled to survive in the down economy, Steven Madden Ltd. thrived, barreling ahead with growth initiatives, new deals and trend-right product, all of which have helped the firm post some very impressive results.

“This was an out-of-the-ordinary year, given the fact that the economy was under attack and we still rose to the occasion,” said Madden, founder and chief creative officer of the Long Island City, N.Y.-based firm. “We even launched a rocketship to Mars, and it was a spectacular success.”

He’s referring, of course, to the many new business deals the company announced this year, including the fall ’09 launch of footwear for Elizabeth & James, the brand that Mary-Kate and Ashley Olsen debuted in 2007. The high-end collection of about 20 styles of boots, stilettos, wedges and flats raked in $1.9 million in sales in the third quarter, and reorders have been promising.

“Consumer reaction to it has been extremely good,” said Richard Kirschenbaum, founder and owner of Shoebox New York. “The styling has been excellent, and the price points don’t intimidate us because we carry other brands that are higher.”

For Madden, the partnership was a chance to work with the Olsen twins, whom he admires, but also to gain recognition in the luxury space.

“I’m eternally grateful to Mary-Kate and Ashley because they allowed us to express ourselves in that channel,” said Madden. “I always knew we could [perform there], but there’s been this snobbery. I was disappointed that there was a lack of appreciation for what we did as designers here. Maybe the reason is that we make shoes that are affordable. And, of course, we have interpreted $800 shoes — we’ve done that, but we design more than we’ve done that.”

(In 2009, Steven Madden has had its share of copyright infringement lawsuits, from Alexander McQueen and Deckers Outdoor Group.)

To build on the Elizabeth & James collaboration, the company announced this month another agreement with the twins for Olsenboye, a juniors’ line of affordable footwear and accessories that will be sold exclusively at JCPenney, starting with a small offering for holiday ’09 and followed by a full collection next spring.

Steven Madden will also expand into women’s apparel for spring under a licensing agreement with L’Koral Industries, which produces the Elizabeth & James clothing. The line will be targeted to better department and specialty stores.

“I hope it works,” said Madden. “It’s something we’ve talked about for a while. We’ve had starts and stops, but now we feel like we have the right partner.”

“It’s been about having the right product,” said Edward Rosenfeld, chairman and CEO. “The reason we’ve been successful is because of Steve Madden at Nordstrom, Elizabeth & James at Neiman Marcus and L.E.I. at Wal-Mart.”

Jeff Van Sinderen, senior analyst at B. Riley & Co., added that with short lead times to deliver product — and a strong value proposition — the company has given retailers what they need in a tough economy.

ShoeMall.com consistently sees Steven Madden as one of its top 10 vendors (out of about 120 unique brands carried) — and this year has been no different, said Rachel Funk, buyer and merchandiser at the e-tailer.

“We continue to see newness from them,” she said. “A lot of people decided to slow down a bit this year, but I have not seen that with the Madden family. When all we’re hearing everywhere is gloom and doom, they are really pushing to be trend-right, fun and price-conscious.”

Looking ahead, retail sales continue to be a challenge, but Rosenfeld said he sees signs of improvement. “The retail environment is still tough,” he said. “Maybe it’s a little better than it was a couple of quarters ago, but it’s still very tough.”

Still, he added, his company will take a cautious approach to opening stores next year, after bowing five in 2009 for a total of 90.

The company also is looking to aggressively grow its men’s business, and next year could also see the debut of a fashion-athletic collection.

But all is not entirely rosy: Madden admits that Fix, a sneaker line that launched in 2007, has not been too successful. “Fix was a flop,” he said. “But we’re jumping right back in. We’re about to do something very exciting in sneakers. I can’t say what or with whom, but we won’t go down.”

Rosenfeld has hinted that a key acquisition — in the $30 million-to-$40 million range — is also possible, perhaps by the end of 2009.

And all in all, Madden said, the recession hasn’t dimmed his tenacious spirit.

“We feel like our customer is always looking for something new,” Madden said. “We are somehow not subject to the valleys and peaks [of the economy] as much. It’s all about the shoes for us.”