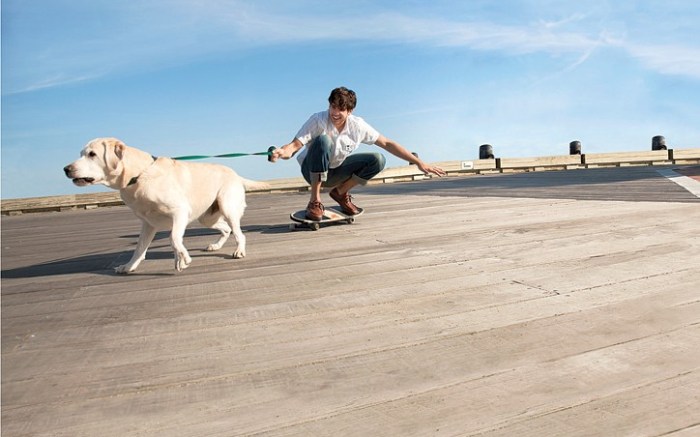 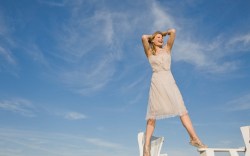 Earth Shoes is back in orbit.

While the brand’s quirky inclined-sole shoes and health and wellness message resonated strongly with the hippie generation when it launched in the U.S. in the early 1970s, its popularity waned over the next decade due to its too-narrow yoga focus and limited style options. Today, however, as the wellness movement gains ground, Earth — whose trademark negative-heel technology and name were acquired by industry veteran Michel Maynard in 1999 and relaunched two years later — is being embraced by a new generation of consumers.

The Waltham, Mass.-based brand’s sales have doubled each year in the past five years, according to VP of marketing Dave Aznavorian. Although, as a result of the economic downturn, that progress has been tempered: It only grew 22 percent in 2008. But nevertheless, Aznavorian said, sales are still rising and could see a 10 percent increase by year’s end.

However, Earth is facing some stiff competition, as newcomers — including MBT and FitFlop — and existing comfort brands have jumped into the category with their own take on wellness footwear.

But while there are more players, Earth VP of sales Scott Morin said he believes the competition ultimately benefits consumers. “There are more choices, a bigger selection of technologies, so [consumers can determine] what works best for them,” he said.

Each brand offers its own individual point of view, added Aznavorian. “Earth has a unique perspective on body health and wellness,” he said, referring to the brand’s proprietary sole design, which aims to redistribute weight, strengthen muscles and burn calories.

To validate these claims, Earth has conducted extensive clinical research over the years. One study was by Illinois’ Benedictine University’s Exercise Physiology department, while another more recent study, by biomechanist Katy Santiago, focused on the effects of wearing inclined-sole footwear as part of a health-based walking program.

Retailers that carry Earth — the brand is sold in 800 independents as well as Dillard’s and Nordstrom — say the line’s technology makes it a strong addition to their wellness offerings and helps them bring customers performance features that fit their individual comfort and fitness needs.

At Tucker, Ga.-based Abbadabba’s, buyer Jennifer Smith said the store appreciates having options. “Earth doesn’t compete with other brands — it enhances the whole wellness section of our store,” she explained. “I can offer my customers many different options, and they can decide what’s right for them.”

Paul Foley, manager of Foothills Shoes in Yuma, Ariz., agreed that when it comes to wellness footwear, customers’ needs are as specific as a brand’s technology. While Earth tends to appeal to older snowbirds in the area due to its shoes’ enhanced support, MBT draws a younger crowd with its unstable approach to walking.

Although Earth’s health and fitness benefits may be the motivating factor in a consumer’s purchase, the brand offers a diverse mix of product to drive sales. “The collection is broad in terms of classifications,” said Aznavorian. It ranges from athletic looks to exercise sandals. The core of the collection — which retails from $50 for sandals to $220 for waterproof boots — is casuals that transition from career to weekend wear.

“We outfit the consumer’s entire closet,” Morin said. Only 20 percent of Earth’s business comes from men’s, but Aznavorian said expectations are that this figure could double in the fall with the addition of office-appropriate dress casuals to the men’s line.

In a further effort to broaden its customer base, Earth has expanded its footwear offering targeted to the LOHAS (lifestyles of health and sustainability) community, with both vegan and eco-friendly styles. “It’s a secondary [market], but an important one,” said Aznavorian about the vegan offering, which accounts for 25 percent of the collection. The company’s eco-friendly push includes the use of BioFoam cushioning, made of 70 percent recycled material, as well as glue-free, post-consumer recycled content for packaging.

As it looks to share its wellness message, Earth is using its Website to connect with consumers. The site, which receives as many as 6,000 hits a day, features everything from videos explaining the shoes’ technology to information about the brand’s clinical research.

In addition, it serves as a link to Earth’s panel of fitness advisers and directs consumers to YouTube, where they can watch a teaser to the brand’s “Weekday Workout” video, due out in September.

“We’re setting ourselves up for broad shoulders to grow on,” said Aznavorian. He said the brand could branch out into other categories, including apparel, beauty products and even bottled water. “We believe the brand can be a true lifestyle of health and wellness.”