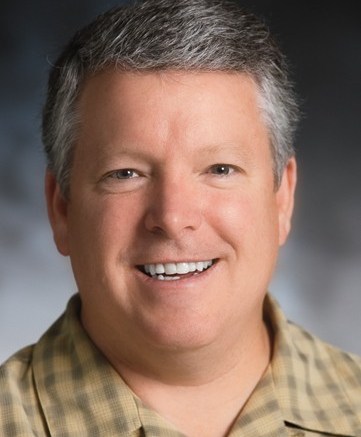 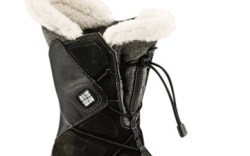 NEW YORK — To reclaim a leadership position in the outdoor market, Columbia Sportswear Co. is banking on game-changing innovations, including a new heat-based technology to be unveiled this week.

In a Footwear News exclusive, Columbia execs revealed the brand’s fall ’10 Omni-Heat features, a three-part family of technologies designed to trap and even generate heat.

Expanding on the thermal technology the brand created in fall ’09 for its BugaThermo and Snow Hottie electric boots, Columbia is introducing Omni-Heat Thermal Insulated and Omni-Heat Thermal Reflective, a breathable, technical fabric that takes the heat-reflecting and trapping qualities of a space blanket and puts it into footwear, apparel, accessories and equipment. It will also grow its heated footwear line, Omni-Heat Thermal Electric.

“Our industry has never had a fabric material that is visible technology that is clearly and easily understood by the consumer,” said Mick McCormick, VP of global sales and marketing at Portland, Ore.-based Columbia.

The launch of Omni-Heat is the latest iteration of the plan, hatched more than two years ago by President and CEO Tim Boyle and the Columbia team to focus on innovative, technology-focused products.

“A couple years ago, we realized that we, as a brand, weren’t doing what we needed to drive innovation in the outdoor industry,” McCormick said. “In fall ’07, the comments [from retailers] were, ‘I don’t need you.’ We weren’t performing well and we didn’t have good product.”

Since then, Columbia has been “cranking up innovation,” McCormick said. “We’ve had more patents in seven months than in the previous seven years.” Part of that turnaround, he explained, has required getting fresh blood into the mix. “One-hundred percent of our merchandising group and design group are new.”

Both Boyle and McCormick said their key focus is expanding the brand’s reach in the specialty channel, especially with outdoor, footwear and apparel independent specialists.

“We’re everywhere we want to be, but we’re miniscule in some [places],” Boyle admitted.

McCormick said Columbia views outdoor as the key growth opportunity, a dramatic shift from its strategy in the early 2000s, when the major focus was on sportswear and getting more product into department stores.

“The department store is still our largest distribution channel, but if we’re going to grow to $2, $3, $4 billion and we’re an outdoor company, we need to be authentic outdoor, and we need to have innovation,” McCormick said.

Boyle said he is pleased to see the new efforts starting to take shape. “The length of time to bring some of this stuff to market is longer than in the fashion business. So it’s sometimes frustrating for observers of the company, or even people inside the company. [But] we’re starting to see the fruits of that labor. It’s all about innovating our way back to a position of leadership, where in the past we haven’t actualized that,” he said.

Sam Poser, an analyst at Sterne Agee, said the real test of the product would be at retail. “We haven’t seen the fruits of the labor yet. Yes, they’ve made a lot of internal movements that should be good, but futures are still down,” he said. “They’re planning to do a lot of good stuff, but they’ve been planning to do this for years. We really have to see it happen.”