Changing Times in the Hamptons 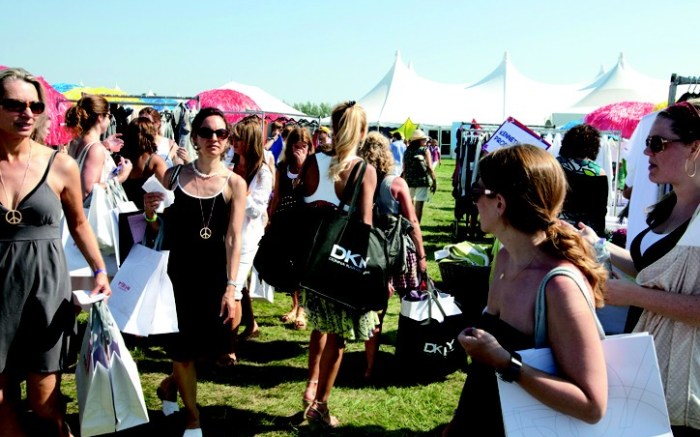 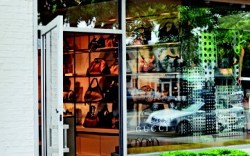 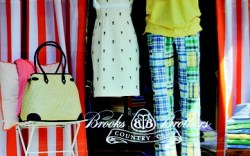 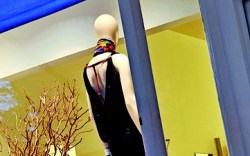 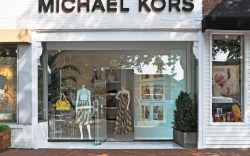 SOUTHAMPTON, N.Y. — It’s a cloudy and muggy Sunday in late July, during the height of the summer season in this affluent seaside village. The threat of rain has already prompted some vacationers to cancel beach plans and head into town.

At Jildor on Jobs Lane, three generations of trendy women hunt for the perfect dressy summer sandals for an upcoming party, soliciting opinions from the staff on which black-patent style looks best on the twentysomething granddaughter. A few feet away, two impatient boys trail their mother as she checks out the selection of flats.

It’s shaping up to be a busy afternoon for store owners all along the high-end shopping strip, home to designers such as Ralph Lauren and Diane von Furstenberg, who opened a pop-up store here this spring, as well as longtime independents like Jildor.

But for many retailers in Southampton, and across eastern Long Island, the good days have been rare this summer. The economic storm has pounded the area over the last year, with Wall Street’s wealth evaporating, real estate sales deteriorating and summer rentals declining. Among store owners, there is a palpable sense of anxiety — as many cut expenses, trim staff and roll out major markdowns.

“We’re making adjustments we’ve never made before,” said Billy Lawson, owner of Shoe Inn, which operates locations in East Hampton and Westhampton. “Our Hamptons stores used to be a way to extend our margins … [but] this year, we opened on Memorial Day with a sale. We [have to compete] with New York prices.”

Lawson and his wife, Melissa, who run the retail store together, said shoppers are questioning their purchases more than ever.

“They’re asking, ‘What will I wear with it? Will I get my money’s worth?’” said Melissa Lawson, adding that the dearth of must-have trends and styles in the marketplace is compounding the problems.

Two brands that are selling at Shoe Inn are Hunter and Ugg — and to build further buzz and sales, the Lawsons plan to set up co-branded booths with the two labels at the upcoming Hampton Classic horse show, which will take place in Bridgehampton later this month.

But the bigger picture is more bleak, according to Goldstein. “There is still a high-end market in the Hamptons,” he said. “But there is much less traffic this year.”

Sales at the store are off about 30 percent, and weekday traffic is down as much as 50 percent, Goldstein said. Still, footwear has remained a relative bright spot compared with other categories, with exclusive men’s styles such as the Nike SB and women’s looks from Pour La Victoire, Madison Harding and Charlotte Ronson performing well.

The downturn also is deterring new retailers from coming to the area, a dramatic shift from just a year ago, when they were clamoring to snap up storefronts — and willing to pay top dollar for them.

“Last year, I had 10 to 12 retailers inquiring about space,” said Hal Zwick, a commercial real estate specialist at Devlin McNiff, a Hamptons real estate firm. “They all put that on hold [last] September. It doesn’t mean they won’t be back, but it might be 2011.”

While some retailers are scrapping plans to enter the Hamptons altogether, many have been able to take advantage of short-term leases to test their luck in the market. Hermès, Michael Kors, Brooks Brothers and Pucci are among the brands that have opened temporary spaces this summer, with many landlords forced to offer generous terms to avoid having empty storefronts.

“A lot of these leases were done late. … [These brands] wanted to get their toes in the water,“ said Faith Hope Consolo, chair of retail leasing, marketing and sales for Prudential Douglas Elliman, which operates several offices in the Hamptons.

Lou Amendola, chief merchandising officer at Brooks Brothers, said the company viewed the pop-store as a fresh opportunity during a challenging business climate. “In these economic times … you look at things with different lenses,” Amendola said. “We put together a sales plan for the store, and we’re very happy with the performance. And it hasn’t detracted from our Southampton location.”

Amendola said the shop would likely be open through fall, and possibly until the end of the year. The retailer plans to evaluate the location on a month-by-month basis.

Consolo said many of her retail clients continue to eye the Hamptons as an expansion area. “Right now, I’m talking to Iris about going out there,” she said, adding that it is a good time to negotiate new leases and renegotiate existing ones.

“When it was funny money, people could charge anything and everything they wanted,“ said Jane Holden, SVP at Town & Country Real Estate, which has offices across the Hamptons. “Now, some of the lease prices have had to readjust. We need a readjustment.” (Brokers pegged rents in the most expensive areas of East Hampton as high as $200 per square foot.)

But independents said it is still difficult to make deals with landlords when larger retailers are still willing to pay more. “Someone else would just take our space,” said Lawson, who was forced to relocate his East Hampton store after Ralph Lauren moved its Rugby store into the former Shoe Inn space on Main Street.

Goldstein said Lauren and other big-name luxe retailers — which have come to the market in droves over the past few years — continue to pose a threat to the smaller stores that once characterized the region.

This summer, for example, the nearby Brooks Brothers store has stolen some sales from Blue & Cream, Goldstein said. “By the time they get to my store, they’ve already bought a shirt at Brooks Brothers,” he said.

Ralph Lauren’s Rugby concept and J. Crew — which both have shops on East Hampton’s Main Street — have also brought more competition to the retail scene. Both stores were consistently cited by brokers and other retailers as standouts in a weak climate, thanks, in part, to their moderately priced offerings.

“You don’t have to make half a million dollars to shop at J. Crew,” Zwick said.

But while there are bright spots, Zwick added that it will likely be several years before the market sees a significant uptick.

“We first have to see the national recovery, and then it’s going to take another four to six months here,“ he said. “When retailers feel comfortable with the economy again, they are going to want to be here.”