CEO Compensation: What They Made 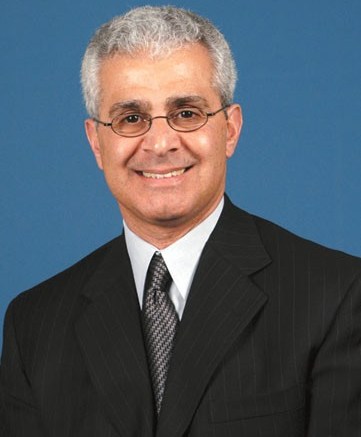 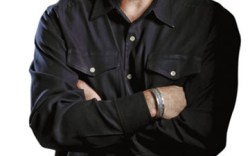 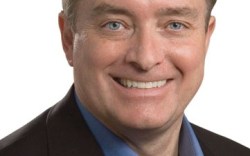 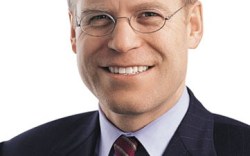 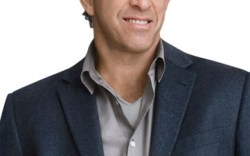 BOSTON — Under the black cloud of a crumbling economy, expense management became a big theme for footwear firms last year, but most top execs have yet to see their pay packages negatively affected by consumers’ belt tightening.

As tracked by Footwear News, total 2008 pay packages for the highest-paid footwear executives rose 13 percent in 2008, though at a slower pace than the prior year’s 14 percent growth. On average, management at the 26 publicly held retailers and vendors tracked earned total pay packages of $3 million last year versus $2.6 million in 2007.

Thanks to employment contracts put in place years ago, when business was brighter, most executives had guaranteed salaries in 2008, with the majority seeing marginal base salary increases year over year. And despite the tough times, many company leaders earned non-equity incentive-plan pay last year, as well as more stock and option awards than in 2007.

According to Terre Simpson, president of Simpson Associates, a New York-based executive search firm specializing in the retail market, companies used stock and option awards as “a future incentive.”

Though stocks are still at depressed levels, Simpson explained, when executives are invested in their firms, they have additional motivation to improve the company’s financial performance and — assuming stock prices follow suit — could cash out big when the economy heals. “Executives are saying, ‘Give me something else for incentive as opposed to an actual salary increase,’” she said.

As in 2007, manufacturing executives received higher average compensation than those who work at retail firms. According to Simpson, vendor execs likely get paid more because of the diversity in the typical manufacturer business model.

“It’s more difficult to get a net profit increase at retailers because of the whole expense structure,” she said. “Wholesalers have many formats for distribution, so their sales aren’t as crippled as a retailer’s might be. … Unfortunately, [retailers] are much more [vulnerable] to things they can’t control.”

Still, many are controlling the image they are sending to employees. “All these companies [in the retail sector] are very focused on expenses,” noted Kate McShane, an analyst at Citigroup. “And I don’t think the upper management is excluding themselves from that conversation.”

Wesley Card at Jones Apparel Group Inc., owner of the Jones New York, Nine West and Anne Klein brands, had a 36 percent spike in total compensation, thanks to an increase in salary (he was promoted to president and CEO in July 2007, from CFO) and a larger stock award. However, though he earned an $810,000 annual cash incentive award for 2008, “he voluntarily elected not to accept receipt of the cash award in recognition of current business conditions and the impact on associates of the company,” Jones’ proxy statement said.

Similarly, at Kenneth Cole Productions Inc., which recently reduced its corporate head count by 20 percent, founder Kenneth Cole held back a large portion of his pay in 2008. According to the firm’s proxy, Cole elected to defer $974,919 of his 2008 base salary of $1 million. The money was instead put into a company deferred compensation plan, said a spokesperson.

Further, “Cole elected to receive stock options with a fair value of $666,667, in lieu of receiving cash for his performance bonus,” the proxy noted. Interestingly, in 2007, Cole’s pay package had the second-highest jump among vendors tracked by FN, but in 2008, his total compensation declined the most.

“A number of executives have taken voluntary pay cuts as an example to their staffs. They’ve not taken bonuses. It’s a good example,” said Elaine Hughes of E.A. Hughes & Co., an executive search firm based in New York.

At Brown Shoe Co., which derives the majority of its revenues from its retail operations, CEO and Chairman Ronald Fromm saw his pay decline the most among all the companies tracked — though it was not voluntary. Fromm’s pay package dropped by 58 percent, thanks largely to a decrease in the value of his stock and option awards.

But while there were notable decreases in pay, several execs also received significant bumps last year.

Jamieson Karson, formerly of Steven Madden Ltd., was the clear overall winner among both retailers and manufacturers. When he left the firm as CEO on March 24, 2008, Karson received a payout of $4 million, in accordance with the terms of his employment contract.

Angel Martinez of Deckers Outdoor Corp. was rewarded last year, too. His salary jumped to $750,000 from $500,000 because Deckers’ board determined that Martinez “led the company to outperform our peers and sustain the company’s growth in a declining economy.”

In addition, Martinez earned a non-equity incentive plan payout of $1.5 million and saw a bump in the value of his stock and option awards. Thanks to its Ugg brand, Deckers’ sales jumped 54 percent in 2008 to $689.4 million, and net income totaled $74 million versus $66.4 million the prior year.

And while fewer traditional bonuses were paid in 2008, several executives still received higher total pay. Matthew Rubel of Collective Brands Inc. saw his pay jump fourfold due largely to a 58 percent increase in annual stock and option awards. The chairman, president and CEO of Collective had total compensation approaching $10 million in 2008, even though last year’s bonus of $450,000 was not repeated. However, Rubel did receive $494,000 under the firm’s annual cash incentive award program because Collective’s earnings before interest and taxes came in at 44 percent of the firm’s stated goal.

It should be noted that Rubel’s total pay, under generally accepted accounting principles, did include the value of performance share units — a special equity award granted by Collective to select senior executives — which Collective later cancelled given the troubled economy. Excluding the value of the PSUs, Collective said Rubel would have earned a total pay package of $5.8 million in 2008, a decrease of 2 percent year over year.

Foot Locker Inc.’s Matthew Serra also did not receive a traditional bonus, but his total pay rose 38 percent due, in part, to a $1.7 million payout under the firm’s non-equity incentive plan compensation (he did not receive an incentive plan payout in 2007) and despite a decrease in the value of his equity awards. Adding to his total pay, Serra’s “other compensation” more than tripled year over year. (See sidebar on page 10 for more.)

In the reverse scenario, despite a drop in total pay, Steven Miller at Big 5 Sporting Goods Corp. still received a traditional bonus, albeit half the amount he received the prior year. Big 5’s total sales slipped 4 percent in 2008 and net income fell by more than half. Contributing to his decline in total pay, Miller’s stock and option awards were lower than in the prior year.