Buyers Sound Off on Men’s Runway 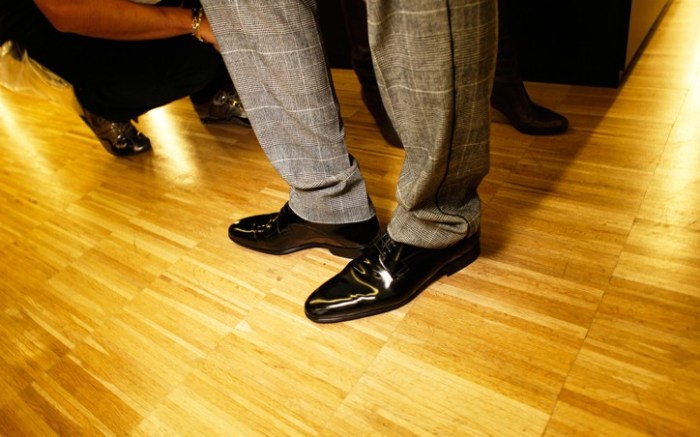 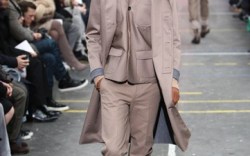 NEW YORK — The boardroom met the bait-and-tackle shop on the fall catwalks last week. In Milan and Paris, menswear designers walked the line between stylish and salable. “As merchants, we have to give the customer a reason to come in — we can’t just resort to basics,” said Mario Bisio, owner of Mario’s boutiques. Below, other top retailers weigh in on this season’s defining footwear trends.

Colby McWilliams
Men’s fashion director, Neiman Marcus
“Black is back — not that it ever really went away. It dominated the runway and was the color du jour. Still making a statement were the status high-top sneaker and the dressy sneaker — in particular a dress shoe with a sneaker sole from Tod’s. Heavy-soled shoes and boots gave a rugged vibe to daytime and evening looks. The lug-soled version by Commando looked great. Gucci injected a heavy dose of fashion into its collection, and Prada added an edge with its ‘studded’ shoe.”

Eric Jennings
VP & men’s fashion director, Saks Fifth Avenue
“We saw a lot of wingtipped brogues, desert boots, exotic-skin prints and smoking slippers. I am a huge fan of the brogue — it’s the perfect shoe. Not only can you wear it well brand new with a suit but even as it ages it looks great with a pair of jeans. Dolce & Gabbana and Burberry were standout footwear collections. The buying team is editing their assortments to reflect the best merchandise for our customers by store to include unique pieces and those that appeal to a broad base.”

Lanita Layton
VP of menswear, Holt Renfrew
“In Milan, there was definitely more of a seasonal feeling: shearling linings, rubber soles. The lug sole was key. There’s a move to a new last that we really liked. There are chunkier shoes with a rounder toe, more masculine and rugged overall. We saw a hiking boot influence in quite a few lines. In these times, it’s about comfort and that sturdy feel. Prada Uomo did it really well. From there we are going to all-out elegance in the form of velvet slippers, which we saw from D&G to a little fringe line we love called Arfango. There was a lot of focus on dress shoes, and we feel that tailored clothing is going to be very important. It’s about getting serious, looking sharp. Dressing like a boss, basically.”

Ivan Donovan
Menswear buyer, Browns
“Lanvin was very strong, and that’s where we’ll [allocate] most of our money. On the runway they showed mostly boots, but in the showroom they are still doing the sneakers that have become their signature. Footwear is a growing part of our business, and we are buying more overall. We’ll buy sneakers from every collection: Balenciaga, Margiela, Ann Demeulemeester.”