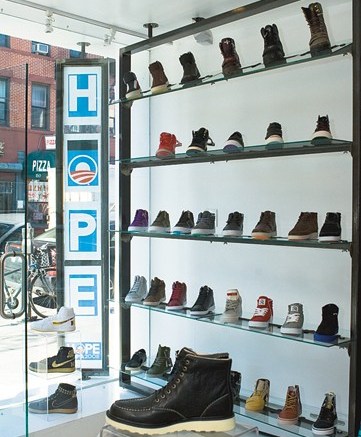 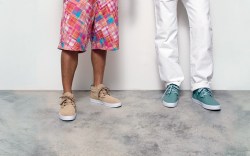 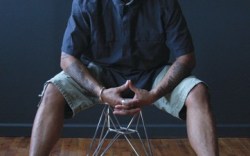 Shelf space doesn’t come easy in today’s rocky retail climate. And for young labels still under the fashion radar, it can be even tougher to snag.

It often takes more than just cool product for stores to take a risk on startup brands. Before retailers are willing to splurge, they often expect niche players to offer everything from advertising support to assurances that they won’t be selling to their competitors.

“When a new brand comes in, they need to give us a reason to buy,” said Tarek Hassan, co-owner of The Tannery in Cambridge, Mass., noting that in a down economy there is a tendency to stick with proven brands.

Of course, The Tannery will still take chances on a new label if it has marketing initiatives and a replenishment program. “[The question is], how will [new brands] support us,” Hassan said. “It’s the whole package — it’s not just about product.”

Scott Newman, buyer and manager for the Conveyor boutique in Santa Monica, Calif.-based Fred Segal, agreed that great-looking product is a must, but he said he appreciates any extra support a new brand can offer. For Newman, that means being willing to work with him to move slow-moving styles. “When the people behind [the brand] are good guys, they accept risk and help us move product,” he said. “They will swap [styles] in and out. It’s a big deal in this economy. It’s tough for retailers to just roll the dice on something — there needs to be some sort of partnership.”

Susan Boyle, owner of Brooklyn, N.Y.-based boutique Rime, also is willing taking a chance on just-launched labels in order to give her store an edge, but she expects the brand-building process to be mutually beneficial. According to Boyle, such partnerships often come down to distribution. “New companies want to get their [product] out to every door,” she said. So when Clae, a men’s athleisure line that relaunched in 2007 after a four-year hiatus, assured Boyle it would keep distribution clean in Rime’s area, she decided to buy it. “They didn’t sell the whole world. They took on image accounts.”

Matthew Miller, president of Solana Beach, Calif.-based Clae, said the company is committed to growing the brand at a slow and steady pace, making sure not to alienate its loyal retail partners. “We’ve had inquiries from big chains, but we want to grow with our existing accounts,” Miller said. “They believe in us, and we believe in them. It’s a partnership. There’s confidence from the [retail] community that we won’t be blowing up [in stores] next door to them.”

Although spring ’09 is only the fourth retail season for Framingham, Mass.-based Heyday Footwear, brand founder and designer Darin Hager said his arsenal of marketing tricks has helped make his brand more appealing to retailers. “I’ve had retailers ask what I can do for them,” said Hager. He stressed, however, that marketing doesn’t always have to come with a hefty price tag. He utilizes companies such as Ratepoint.com, which provides him with software to design custom e-mail blasts. For a fee, the company will send the blasts to Hager’s list of roughly 600 stylists, retailers, consumers and designers. Consumers can sign up to receive the e-mails on Heyday’s Website.

In addition to the e-mail blasts, Hager said, style and trend sites such as Acquiremag.com, a gear guide for men, and Sneakerset.com, a source for information on sneakers from around the world, have helped get the word out about Heyday — all free of charge.

If that isn’t enough marketing muscle for retailers, Hager also lists his retail partners on his own Website. Stores are featured on a rotating basis, complete with photos. Also included are store reviews by consumers who have shared their shopping experience on Yelp.com. “It drives new people into the store,” Hager said.

While industry sources agree that innovative product is only one part of the equation in landing those first orders, Coleman Horn, creative director of the Los Angeles-based brand Vael Project (which launched in fall ’08), is convinced it’s still the most important piece. Many retailers, he said, already have a stable of bread-and-butter brands they can rely on. What they really need to spark sales in this economy is some product with a few surprises, he said. “We need to be risky to be that [surprise] brand,” he said. “We’re out there in terms of style and design. It’s more important than point-of-sale [tools] and advertising. We’re offering [stores] freshness.”