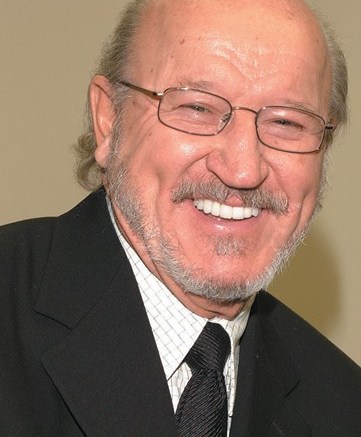 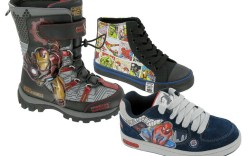 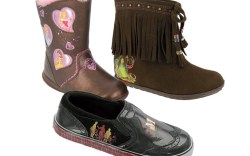 When it comes to licensing, Bob Campbell is a legend. For nearly three decades, the founder, chairman and CEO of BBC International has racked up one big deal after another.

While in recent years his Boca Raton, Fla.-based children’s footwear company has emerged as a major player in brand licensing — with a portfolio that includes Roxy, Guess and Polo Ralph Lauren — its roots are in entertainment licensing. Ever since Campbell got a hot tip on a certain cast of little blue cartoon characters — and struck gold — he has built BBC into a powerhouse in the character shoe business.

The company’s success is due, in large part, to long-standing alliances with two of the entertainment industry’s biggest heavyweights, Disney and Marvel, giving it exclusive rights to all content they produce, from TV shows to movies to comic books. In recent years, the partnerships have brought BBC such blockbusters as Spider-Man, Iron Man, Disney Princesses, Hannah Montana and High School Musical. “We’re very fortunate to work with some of the best, most creative licensing companies in the world,” Campbell said.

But it’s not just about having the right properties. With its tremendous sourcing and production capabilities, strong emphasis on design and willingness to develop exclusive product for its customers, BBC raises the bar in a business driven by price. “We are constantly challenging ourselves,” Campbell said. “This industry is very competitive, so you have to stay one step ahead. You have to keep innovating and giving them something new.”

For 2009, that means new footwear programs for Disney shows “Jonas” and “Wizards of Waverly Place,” as well as updates to Marvel Heroes in anticipation of the latest installment in the X-Men film franchise, “Wolverine,” slated to hit theaters in May. “We have some very exciting things coming up,” said Campbell. (For more about the “Jonas” show, see page 56.)

Here, the BBC chief talks about the deal that started it all, what sets his company apart from the pack and why he’s not letting the stalling economy slow him down.

FN: What was the very first character license you signed?

BC: It was Smurfs in 1980. We had an agent in Hong Kong, and his brother ran a toy company that had the toy license for the characters. He said, “You should call these people up and get the shoe license.” I remember thinking, “What the hell is a Smurf?” But I met their lawyers and signed a deal without knowing anything — I took a chance. Then I went overseas, put together a line of beachwear and athletic shoes and came back and made a presentation to a couple of major retailers. They looked at it and didn’t know what to think. They didn’t know anything about the Smurfs. But then the TV show hit, and the world opened up. It was as big as Hannah Montana has been. We sold to retailers in all channels. It was very successful.

FN: Are there any licenses you regret not having over the years?

BC: Bratz was a big one. And Dora the Explorer is another license that’s been very good. Thinking back, am I sorry we didn’t get some of them? Sure. But we’re very happy with the licenses we’ve had.

FN: Have there been any big surprises?

BC: We never thought Hannah Montana would be as huge as it’s been. We liked the concept, and we loved Miley [Cyrus], but we are surprised by just how big it became. I have never seen a situation like this one, where every type of retailer has bought into a program — from the specialty athletic stores to the discounters to the mid-tier retailers to the department stores. And it’s still going strong, although we definitely see it starting to slow down a bit because Disney has all these new shows coming in. When a property starts to fade, Disney’s always ready with a new one to replace it. Time to move on.

FN: What footwear categories typically sell best when it comes to characters?

BC: I would say athletic. And that includes true athletic and fashion athletic product.

FN: Does character product tend to appeal more to boys or girls?

BC: It really depends on the property. The Marvel properties, such as Spider-Man and Hulk, appeal strongly to boys obviously, but then Disney has very girl-oriented licenses, including Hannah Montana and Princesses. The business is pretty evenly split between boys and girls. I will say, however, that the boys’ business tends to taper off faster by age group, whereas the girls’ business carries on into the tween years. At a certain point, boys don’t want to wear character shoes anymore — they want to wear the big brands.

FN: How do you determine when it’s time to retire a license?

BC: The customer really dictates this. We know it’s time when sales start to decline. At that point, we’re already showing them something new anyway. And obviously, if the TV show is off the air, we rarely continue with a property. Licenses are driven by the impact of the TV show or the movie. The great thing about successful movies, though, is that about six months later, you have the DVD release to back it up. With Iron Man, for example, the movie did really well, but we didn’t get the impact with product that we wanted. We had a lot of retailers buy it, but sell-throughs weren’t good. But then the DVD came out and it wound up being terrific for us. So sometimes you miss the movie, but the DVD has a big impact.

FN: What is the average lifespan of a property?

BC: We try to track it, but how do you track a property like Spider-Man? There are properties that come out and they’re quite good, but then they tail off and there’s nothing behind them. But we deal with entertainment companies, so they constantly have new content behind their big properties. So while we may not know the specific details, we know that in, say, three years there will be a new movie. We rely on them to come up with fresh new content. Take the movie “Toy Story,” for example. That was phenomenal for us when it first came out. And now we’ll be gearing up for the latest sequel [coming in 2010]. So we expect another big wave with that.

FN: Is there a particular medium that is generating the most successful licenses right now?

BC: Movies are the best, most-powerful medium in terms of impact. But good TV shows have greater longevity and deliver great returns.

FN: What sets BBC apart from other footwear companies in the licensed character business?

BC: What distinguishes us is that when we have a major property, we specialize and tailor product specifically to our key customers. So they never get the same product as someone else. We make special shoes for every single one of our major customers. It takes a lot of money, time and effort, but we think it’s important. And key to this is having great designers. In the old days, we used to have line builders. But now we have very young, creative designers. They could come from the car industry, the toy industry, the fashion industry. It’s probably our biggest overall expense. We take a lot of pride in the effort we put behind design.

FN: What trends are driving the design side of things?

BC: With technology, lights are still very important. And at BBC, we also go beyond lights and have shoes with music and things such as wands that [activate a sound on the shoe]. We have about 12 different patents for shoe technologies. Technically, we are very advanced. In terms of construction, we simply follow whatever the current fashion trends are. If low-profile looks are in, we make those. If sandals are hot, we make those. We watch what’s happening in the branded fashion business very closely.

FN: Are you looking at any potential new licenses right now?

BC: Nope. We’re totally full [on characters] right now. To take on anything else would be too much. And we’ve never been interested in just grabbing any license available so we can keep our competitors away. In the past, we might have had 15 different licenses at one time. But today is so different. You have to specialize, and you have to align yourself with the right people. We’re very fortunate to work with some of the best, most creative licensing companies in the world, and those include Marvel and Disney.

FN: How will the tough economy impact your business?

BC: It’s definitely very challenging out there. Business is not good. We are very cautious, but we are also very optimistic and very aggressive. We believe we have the best product and the best licenses. And we think our customers will stick with that. When business is down, the retailer can’t just buy what he wants at random. He’s got to stick with what has been successful, what’s proven. We’ve had a very good year, and I think we will continue to do well despite the downturn. I keep telling my people, “Don’t read the newspaper or watch television. Just keep focusing on what you’re doing and you’ll get the best return.” We’re very diversified as a company, and that will continue to be an advantage for us.

FN: So you’re not scaling back at all?

BC: No, absolutely not. We just added four new designers, in fact. We also have a couple of new deals in the works that we feel very strongly about, including a skate license. We’re not cutting back at all.