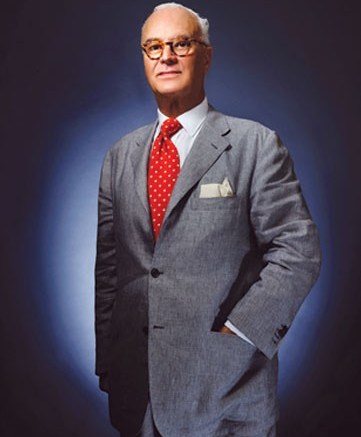 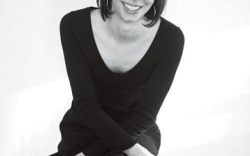 LONDON — Manolo Blahnik is turning to his family to take his business to the next level.

Architect Kristina Blahnik, the designer’s niece, has taken on an active role in the company. Eschewing an official title, Blahnik told Footwear News that while her mother, Evangeline, will continue to serve as company director and the designer’s “right-hand,” she would be stepping up as his “left hand.”

“I’m relieved,” said Manolo Blahnik. “[Kristina] will be watching everything, supervising everything. She’s really going to run the business. She’s a real multitasker. She’s been educated in design, and, as an architect, knows how to design better than anyone else.”

With her own successful London-based architecture business, Data Nature Associates, which she will continue to operate with her partner, Nick Leigh-Smith, Blahnik has already worked on many projects with her uncle.

In January 2003, she designed the Manolo Blahnik exhibition at London’s Design Museum. More recently, she has been responsible for the concepts for 12 international Manolo Blahnik franchise stores.

For the shop in the Dubai Mall, which opened last November, the younger Blahnik created eye-catching windows with imposing white coral pattern structures.

And in April, she created a shop-in-shop design for the Harvey Nichols stores in Jakarta, Indonesia, that was based on banana-leaf weaving.

Blahnik will play a key role in a pair of upcoming franchise store openings, including one that will bow in Singapore in January and another that has not yet been revealed.

She also will be involved in the public relations side of the business. Following a recent visit to Paris to meet with press, Blahnik said she would head to New York to present the spring ’10 collection to American editors, alongside U.S. President George Malkemus.

The upcoming collection is one of Blahnik’s most adventurous yet, with several high sandals balanced on ultra-skinny heels. It also draws inspiration from fine art: One shoe is based on the design of the Guggenheim Museum, while a sandal with a convoluted one-piece upper pulls from artist Alexander Calder.