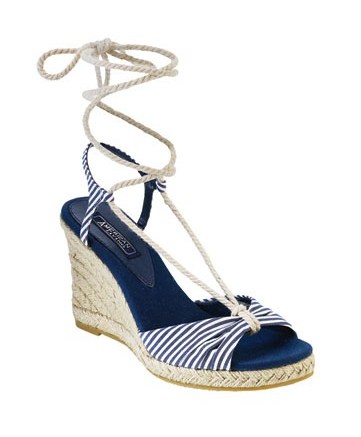 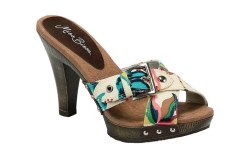 NEW YORK — After a tumultuous fall — defined by the promotional hurricane that swept through the retail landscape — department stores are going on the offensive this spring.

Facing dramatically declining sales and decreased traffic, retailers such as Macy’s, Saks Fifth Avenue and JCPenney are overhauling their pricing strategies, scaling back inventories and upping the fashion quotient.

“Communicating to customers our value proposition of style and quality at a smart price [is both a challenge and an opportunity for us],” said Cindy O’Connor, GMM of family footwear and accessories for JCPenney.

But the spate of new initiatives doesn’t mean the sales are over. A recent FN store check found that many retailers are still quietly discounting merchandise, including new product that has just arrived in stores.

And some execs admit that promotions are inevitable, given the highly competitive environment.

“If we are carrying the same products and deal with the same customers in the same markets, we obviously are going to be competitive with [markdowns],” said Nordstrom president of merchandising Pete Nordstrom in the retailer’s fourth-quarter conference call, noting that the department store has been pitted against everyone from Macy’s to Neiman Marcus.

While it’s too early to tell whether merchants will be forced to roll out the deep discounts this season, it’s clear they are changing their game plans dramatically.

A number of department stores are ramping up their exclusive merchandise to create a point of difference.

“[Private-label] business is very important,” said O’Connor. “Our in-house design team has allowed us to improve our offering and attract new customers.” O’Connor noted that private-label and exclusive brands account for half the retailer’s annual sales.

Macy’s relies less on its house brands, but has recently shown an interest in growing its exclusive offerings. “Last year, private-label was about 19 percent of the store, and we continue to look for opportunities where there are voids in the market,” said EVP and CFO Karen Hoguet at the Bank of America Consumer Conference on March 11.

At the same event, CEO Terry Lundgren highlighted the Tommy Hilfiger brand, which is exclusive to Macy’s, as a bright spot in the business. Going forward, he said, the company will carefully consider similar brand partnerships. “When we talk to people about the various brands we have exclusively, it’s working, it’s winning,” Lundgren said. “[But as far as establishing new exclusive agreements], I’m only going to want to talk about some bigger ideas that can move the needle.”

In addition, department stores now are trying harder than ever to stock the must-have fashion items that appeal to those increasingly discerning shoppers.

“It would be easier to stay on stock plan, [but] playing a game of offense at this moment is vitally important” Bloomingdale’s CEO Michael Gould told Footwear News recently.

Saks also is banking on a bold product assortment this spring.

Even lower-tier department stores are upping the focus on style. JCPenney this spring rolled out several new and exclusive fashion lines, including Kimora Lee Simmons’ Fabulosity, I [Heart] Ronson designed by Charlotte Ronson, and Miss Bisou, among others.

“Our offering of style and quality at a smart price is key to gaining market share in this very competitive environment, and we have also worked to improve the fashion and style relevance of our footwear,” said JCPenney’s O’Connor.

But on-trend fashion means nothing if the price isn’t right. Value has been the buzz word for months now, and department store players are refocusing their price grids to avoid aggressive markdowns.

“The purveyors of luxury goods now have to make the case as to why the product is really value priced. And if it isn’t, they have to reprice those goods to reflect contemporary values,” said consultant Manny Weintraub of Emmanuel Weintraub Associates.

Nordstrom is one retailer that is touting value while “trying to keep pace with the promotional cadence in the rest of the mall,” observed Lizbeth Dunn, an analyst at Thomas Weisel Partners. “They’ve [also] acknowledged that they need to offer sharper initial price points.”

The Seattle-based retailer is hardly alone in its efforts. Sources say that Bergdorf Goodman buyers are being urged by top management to negotiate wholesale deals down to 2005 prices.

Other department stores are redistributing their buys according to “good,” “better” and “best” product tiers. “Our customer is both a high-end and an aspirational customer, and we believe … having more accessible price point products from the high-end brands, as well as brands with more of the bridge luxury price points, will actually play better in this environment,” said Saks CEO Steve Sadove at The Bank of America consumer conference.

Christian Lavergne, senior designer footwear buyer at Holt Renfrew, said the “sweet spot” for the Toronto-based retailer are shoes between $495 and $595.

“When it starts elevating above $600, and especially above $700 and $800, that’s where it really needs to have a reason to be priced [that way],” Lavergne said.

A proper balance of supply and demand is crucial for department stores looking to stay in the full-price business.

“Many of them have responded with larger open-to-buy positions going into the spring and buying for a low-single-digit to double-digit decline in sales,” said Wayne Hood, an analyst with BMO Capital Markets. “So the amount of clearance inventory that they should have coming out of spring relative to the fourth quarter should be less unless there is another step down in consumer spending.”

“Inventory control is a big piece of everyone’s strategy right now,” said Dunn, “They have decided to confirm their orders closer to the ship date and are pushing the inventory risk back on to the vendors.”

One advantage that some department stores have over independents and small specialty stores is the ability to shift merchandise between locations, analysts said.

“You’ve really got to be paying attention to your shelves regardless of what your open-to-buy sheet says,” said Dan Mann, founding partner of The Mann Group consulting firm. “You’ve got to monitor it virtually daily, see what’s moving and then respond to it very quickly. If you can move quickly internally, you are at an advantage.”

Sears is leveraging its online business to gauge customer demand for brick-and-mortar merchandise.

“Over the past year, Sears has tightly focused it’s footwear assortment,” said Nick Grayston, SVP and president of footwear for Sears Holdings Corp. “[We] are able to use the Web to respond more quickly to market trends and customer demand — translating those key learnings to an even stronger in-store experience.”

Many department stores are banking on close relationships with their key shoppers to boost sales this season.

“The opportunity we still have is creating an environment where people are enticed enough by the merchandise and interaction with associates to be willing to spend money,” said Bloomingdale’s Gould.

Saks recently compiled what Sadove referred to as a “clienteling system,” a Web-based program to track customer contact info, purchase patterns and other information that can be used to connect with clients.

“For Macy’s, in 2009 it’s all about localization,” said company spokesman Jim Sluzewski.

As previously reported, the retail chain is consolidating its operations into a nationwide district structure that “will position Macy’s to develop … more effective strategies for identifying and serving specific consumer needs, location by location,” according to a statement released in June.

But some observers find department stores are more talk than action. Weintraub expressed doubt about retailers’ commitment to customer service. “I have heard the words, but I have not heard the music,” he said. “Service costs money, but every time a customer walks into a store, that’s a selling opportunity.”

Dan Mann agreed: “[The department stores] have to reinvest in quality, and competent, meaningful customer service in a time like this, instead of going away from it just to save this month’s budget sheet,” he said. “You’ve got to think of the hundreds or thousands of customers who are affected by a seasoned salesperson going away.”