Bass, Palladium on the Comeback Trail 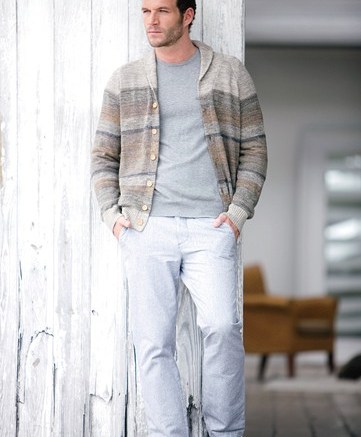 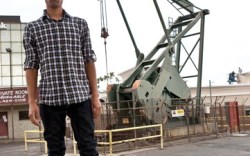 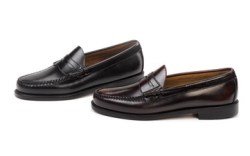 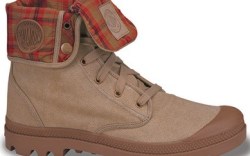 Two iconic brands are moving ahead by referencing their impressive pasts.

Roots: George Henry Bass started making boots for local farmers after purchasing a New England shoemaking business. The Bass family eventually sold the company to Chesebrough-Ponds in 1978, which then sold it to Phillips-Van Heusen in 1987. To remain competitive in the U.S. market, PVH shuttered the New England factory in 1998 and moved production to the Caribbean. In 2003, St. Louis-based Brown Shoe Co. licensed the Bass name from PVH and produced men’s and women’s footwear under the brand until 2006. The following year, Harbor Footwear acquired the worldwide license for wholesale distribution.

Style factor: The iconic Weejun style was based on a look the Bass family discovered during a trip to Norway in the 1930s. They later obtained the rights to produce their own version in the U.S., naming it Weejun — which references the word Norwegian. The Weejun’s versatility quickly made it a wardrobe staple for both men and women, becoming the signature shoe of generations of preppies. The Weejun hit a high note in the 1950s, when actor James Dean wore it with a pair of cuffed jeans. In the 1960s, President Kennedy adopted the look, wearing his sockless. And pop icon Michael Jackson introduced Weejuns to a new audience when he donned them in his 1983 “Thriller” video.

Today: Harbor said it recognizes the brand’s potential among stylish young consumers. “We saw an opportunity with the classic-preppy trend happening now,” said Jim McCormick, president of Bass wholesale. To appeal to the fashion crowd, classic Weejun styles such as the Larson and Logan were joined in spring ’09 by the Dover, a sleeker dress version. Bass also collaborated last spring with designer Mark McNairy on a high-end version of the Weejun, priced at $350 to $400 and expected to continue into 2010. For guys who prefer a dressed-down look, a range of fall ’10 Weejun styles will be produced in distressed leathers that complement vintage denims. The company also offers preppy offshoots of the signature moc such as bucks and camp mocs, in addition to rugged casuals, dress looks and sandals.

Retail prices: $99 for heritage styles Larson and Logan; $125 for the Dover

Roots: Founded as a manufacturer of aircraft tires made of canvas covered with rubber, the company eventually applied its manufacturing skills to footwear after business declined in the wake of World War II. They launched with the Pampa, a canvas boot with a rubber lug sole. In 2000, Palladium sold its trademark, name and logo to Lynchburg, Va.-based Consolidated Shoe for the U.S. and Canadian markets. Last year, K-Swiss bought the global rights to the brand from the French-based company and from Consolidated Shoe.

Style factor: The Pampa was first worn by the French Foreign Legion in Algeria, and was selected for its comfort and durability. It wasn’t until the early 1990s that the look took off with a fashion crowd. VP of marketing Barney Waters said the brand’s authenticity still resonates with today’s customers. “Authenticity is critical these days,” he said. “[Palladium] has a legitimate history which is a rare find.” The Pampa’s timeless look, in tune with today’s utilitarian trend, has also led to renewed interest in the brand. To capitalize on its fashion roots, K-Swiss is building on the Pampa by creating the companion Oxford and Baggy version with a fold-over cuff. “They’re so simple,” Waters said about the trio of men’s and women’s styles, updated in an assortment of 200 colors and materials that include leather, suede, nylon and shearling.

Today: K-Swiss plans to concentrate on the iconic Pampa boot on a global scale. “We’re [now] only interested in one shoe,” said Steven Nichols, K-Swiss’ chairman, CEO and president, who compared it to the success of Converse’s Chuck Taylor. “We have a long way to go with one style.” To meet the demands for product globally, K-Swiss will source the shoes in China, although the original designs will be duplicated, emphasized Nichols. To introduce consumers to Palladium, a $20 million marketing campaign launched in fall ’09 that included billboards and magazine ads. And while the U.S. will be Palladium’s biggest market, product will be introduced in Japan and Europe in spring ’10. The brand is also adding the Officers Collection, a slighty higher-priced series for men and women. To showcase the entire Palladium offering, a flagship store is bowing in Los Angeles in May 2010.

Retail prices: Ranges from $50 for the Pampa canvas oxford to $110 for the Baggy in leather